The new Photon Smasher from CLIP turns infrared and visible light parts of the electromagnetic spectrum into sound. 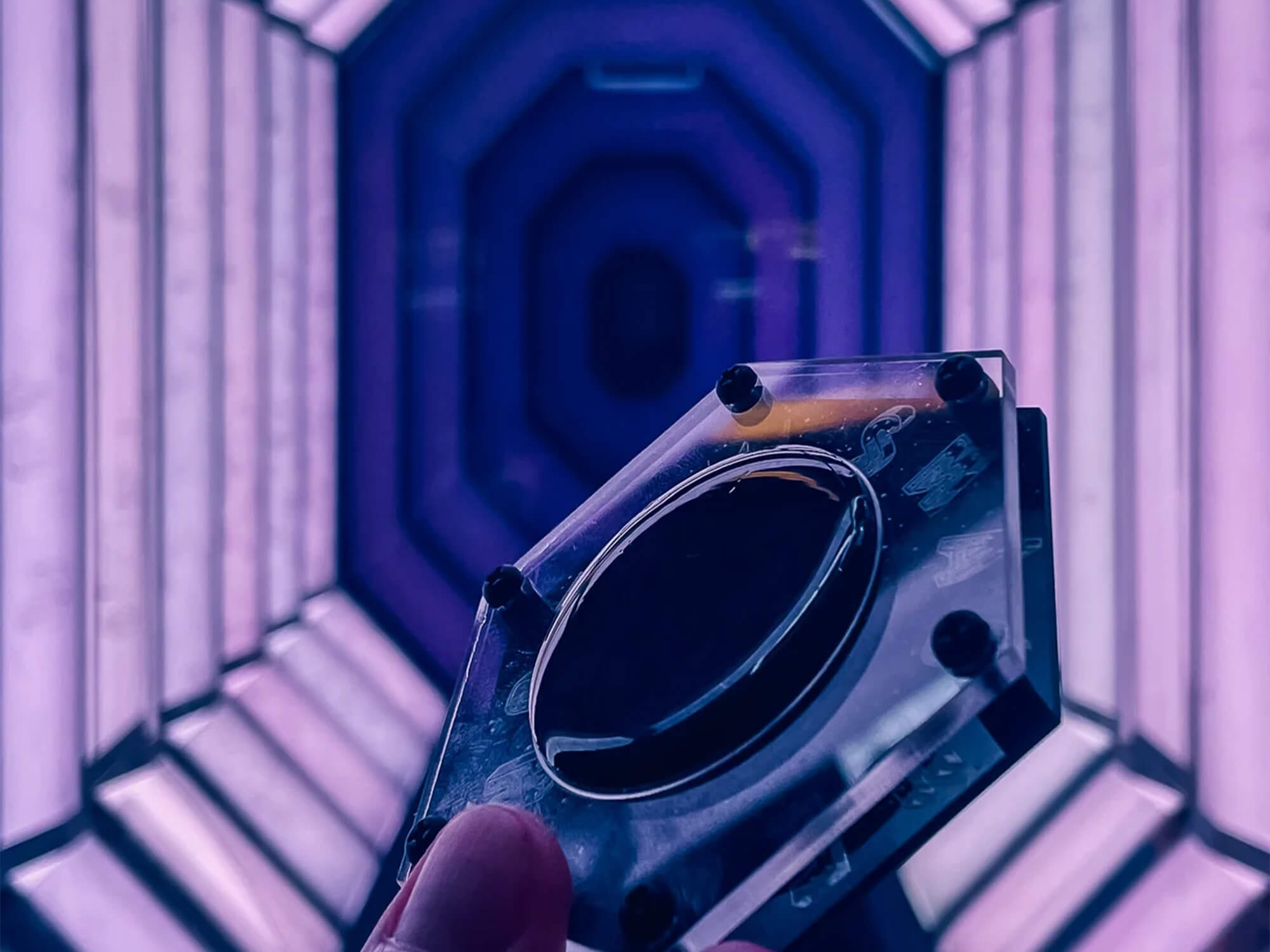 A new microphone known as the Photon Smasher from CLIP allows its users to “listen to light”.

The microphone works using a solar cell which is sensitive to wavelengths in the infrared and visible light parts of the electromagnetic spectrum, which then uses those wavelengths to generate sounds.

“If you shine an LED at the Photon Smasher, you’ll likely hear a single constant pitch. This is due to Pulse Width Modulation (PWM),” explains CLIP on its website. “A technique LEDs use to vary the perceived power going to an LED by quickly turning the power on and off. LEDs reduce their brightness by varying the duty cycle, the time spent on versus off. The rate of the PWM is directly linked to the pitch frequency heard when listening to LEDs with the Photon Smasher.”

Just take a look at it in action in the video below:

The microphone was initially developed through workshops with young people at CLIP’s weekly sound and music club in Colchester in the UK, followed by further experiments, installations, and performances from a wide range of artists including; Loula Yorke, Alissa DeRubeis and CLIP co-founder Frazer Merrick, according to Synthtopia.

The current available model is an upgrade to its first version, which was brought to life in 2021. Check out the video below to see Merrick demonstrate the early version:

The Photon Smasher is now entirely passive, with a 3.5mm line level mono output so you can use it as part of a portable field recording kit for electromagnetic field recording, or to insert into a modular synth system for controlling sound with light.

“The Photon Smasher is an embodiment of our mission to encourage people to get curious with sound,” says Merrick (via Synthtopia), “and explore the world around [you] through sound.”

You can get yours now for just £50 at clipsoundandmusic.uk.