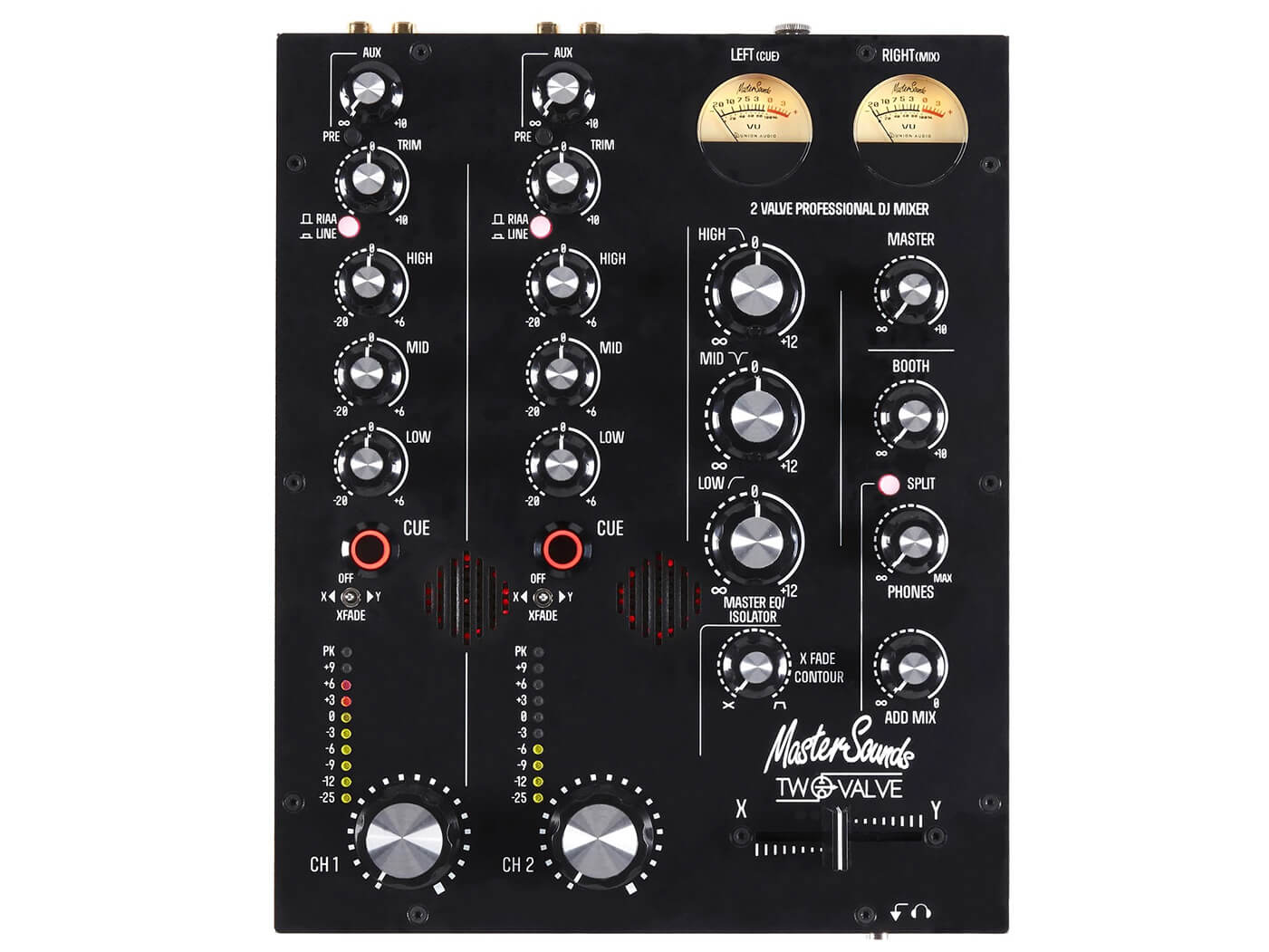 MasterSounds has launched Radius Two, a two-channel rotary mixer for DJs. This handmade device offers similar high-quality audio as its predecessor – the brand’s Radius 4V DJ mixer – but in a more compact form.

Central to Radius Two is a pair of dual-triode valves located at the input stage of the mixer’s VCA.

The benefit, according to product designer Andy Rigby-Jones is that “the valves’ high input impedance minimises loading on the preceding stages but provides low output impedance to drive the VCAs”. He also adds that the mixer’s “natural compression” can help smooth out unwanted harsh transients.

The mixer features controls for the two channels as well as master settings. The two channels can each be sculpted by independent three-band EQs. They also feature an aux send function that can be toggled pre- or post-fader. The master section, on the other hand, sports a master three-band EQ – that doubles up as an isolator – and a Penny & Giles crossfader that
boasts contour control.

Other notable components onboard Radius Two include ALPS rotary knobs and two 36mm illuminated analogue VU meters that allow monitoring of the mix buss. On the topic of mix buss, the mixer also comes with two MUSES operational amplifiers that are touted to provide “world-class summing for the fully balanced main mix buss”.