A unit ideal for users who like to push the boundaries with experimental ideas. 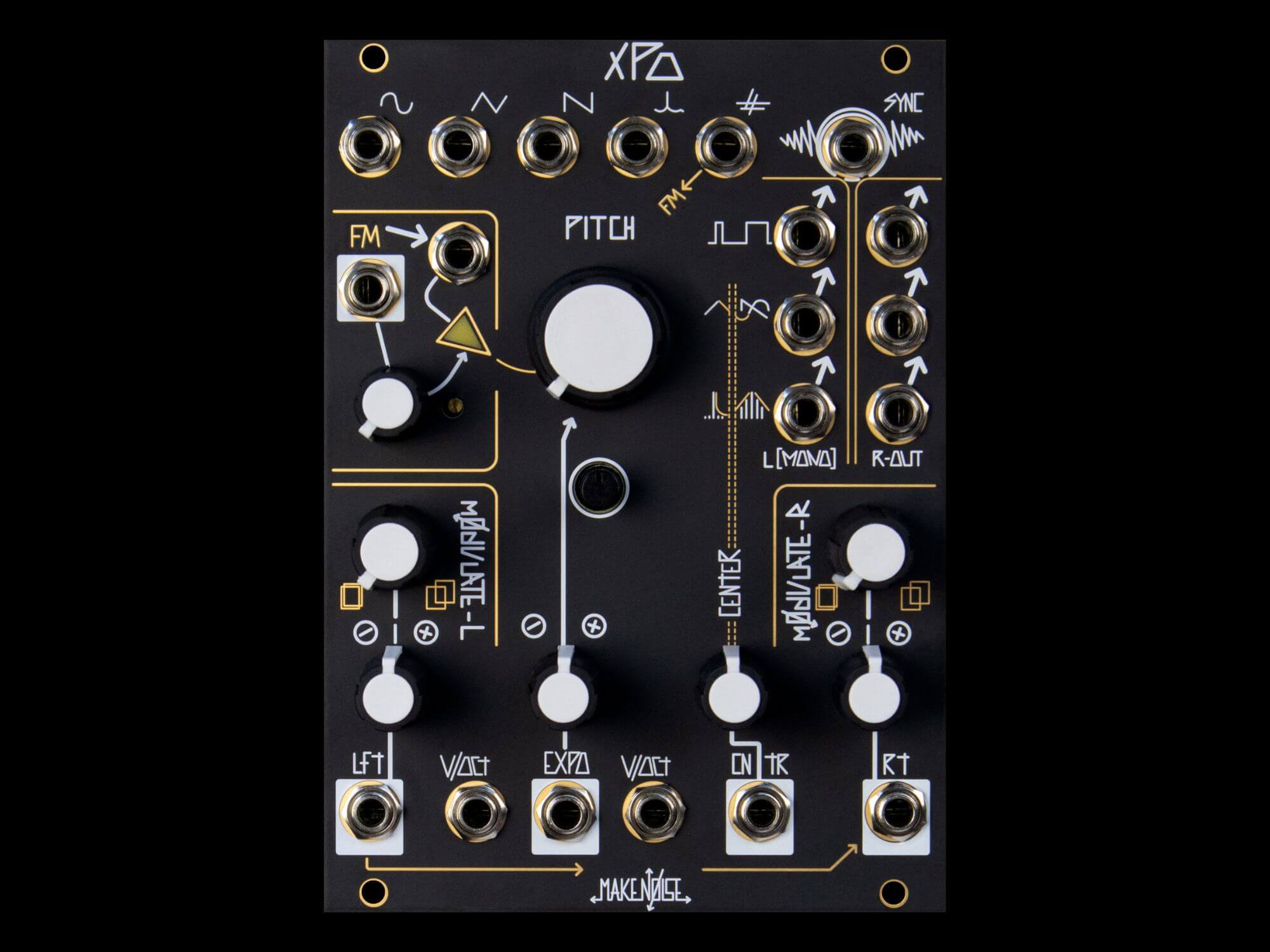 US-based tech company Make Noise and maker of the Morphagene, Mimeophon and 0-Coast modules has unveiled its latest product, the XPO Stereo Prismatic Oscillator – a voltage-controlled oscillator. Entirely analogue, it’s equipped with features such as stereo wavefolding and FM, with an assortment of waveforms on offer giving more ways to explore the stereo field.

The unit has been modelled on the unconventional idea of “complex circuits being controlled in multiple dimensions in the stereo field”, an approach that is also seen on the brand’s stereo filter module, the QPAS.

Sporting eleven simultaneous outputs, five mono outs and three stereo pairs, the XPO ‘s USP is its ability to deliver a variety of waveforms. These include triangle, sawtooth, sine and sub, alongside a new type of waveform which Make Noise has dubbed Spike waves.

The Stereo Prismatic Oscillator has expanded modulation capabilities and explores the stereo field more than many of its rival modules in the market. This is delivered by modulating Timbre via Stereo Pulse-Width Modulation, Stereo Vari-Timbre, and Stereo Wavefolding.

In addition to FM, normalisation and attenuverters within the unit allow users to modulate left and right channels together or separately. Here, the left output delivers unique mono versions of all stereo waveforms, while the centre parameter adds extensive control to both sides of the Vari-Timbre and wavefolded outputs.

The head of Make Noise, Tony Ronaldo, discussed the inspiration behind the unit on the brand’s website. Citing the XPO as drawing parallels to the Oberheim OB-8, the creator states how he aimed to create a simple unit that still provided users with a wide range of options and control over their sound.

“I was lying awake in bed at 3 am thinking about music and synthesizers, [and] on this early morning specifically, the voice panning of the OB-8,” Ronaldo explains. “[It’s] so simple, so effective. A bank of eight analogue pan-pots is tucked into the side of the instrument to let the musician choose the exact placement of each voice in the stereo field. As you play the instrument, notes may dance around your head.”

The price and release date for the XPO Stereo Prismatic Oscillator has yet to be announced. For further information on the unit, including a list of the features included, visit Make Noise’s website.