This ain’t a game. 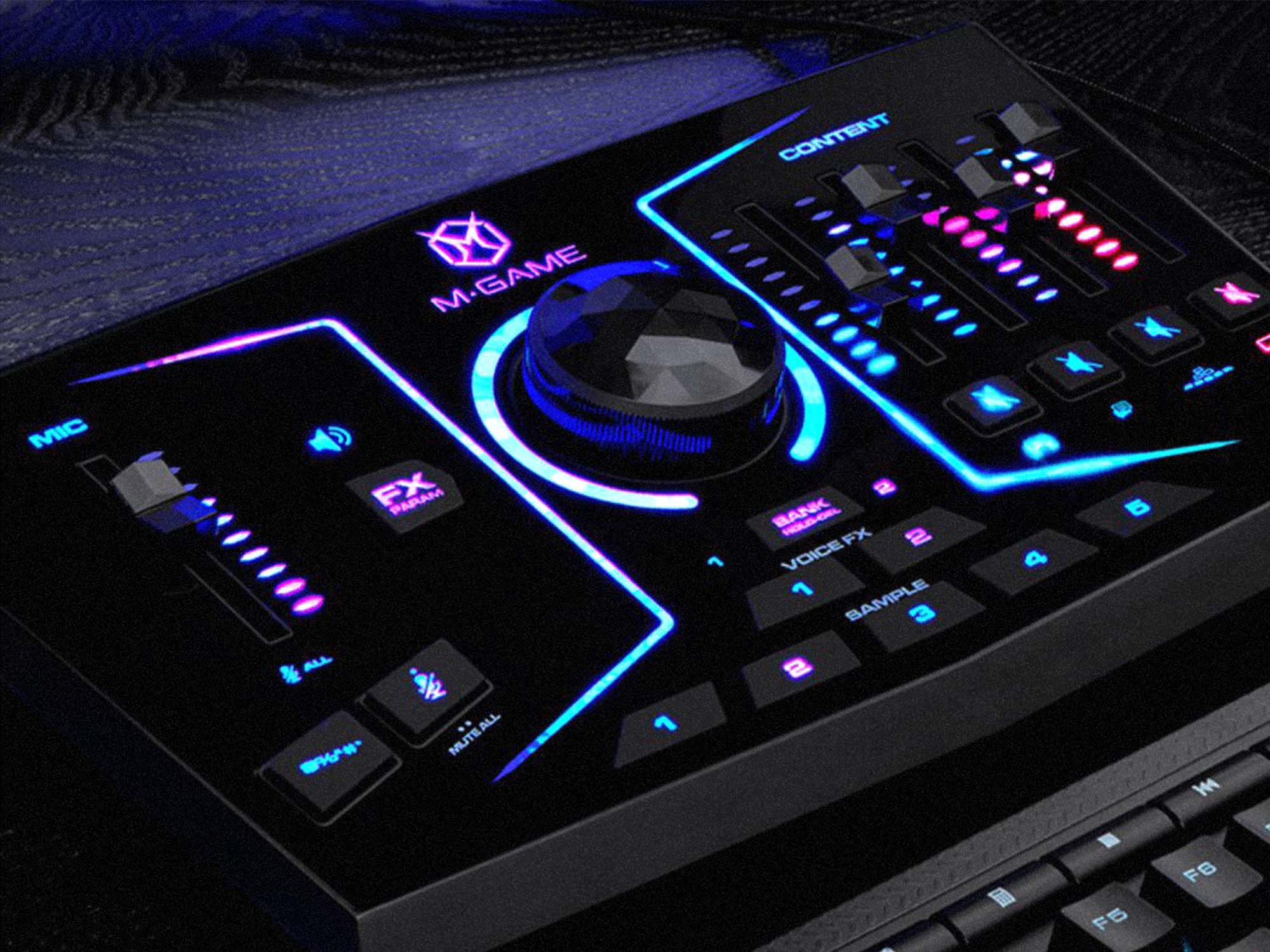 Dubbed by M-Audio as an “all-in-one solution” and “ultimate live streaming audio interface”, the two versions, the more featureful M-Game RGB Dual and the cheaper, stripped-back M-Game Solo, include defined sets of essential gamer-centric features. These include USB and console connection, controllable and saveable vocal effects, a sampler and a mini four-channel mixing desk.

Also sitting pride of place on the mixer/audio interface hybrid is a Swear Button, to help minimise those losing streak wall-punching outbursts. The feature mutes a player’s mic and simultaneously blurts out a sample of your choice to cover it up. This comes alongside a Mute All button – for when the whole team’s in a strop.

The main differentiators between the Solo and RGB Dual aren’t just the cool-looking LED lighting – the Dual RGB offers multiple customisable colours while the Solo settles for a more basic solid red. The Dual also offers more sample pads, and USB connectivity to two sources at the same time while the Solo only offers just one USB input.

Made for ease of use so you can focus on the game, both models also include a footswitch, which can be applied to any parameter, such as triggering a sample or an effect.

There’s a sample section containing two banks – the Solo is able to take three samples each, while the Dual can take five each. These samples can be chosen from a large selection of horn noises, laughter, sirens, a comical ‘sad trombone’ noise and more from within the M-Game software, which is provided for free. Your own samples can also be recorded, edited, saved, imported and uploaded. There’s even an option to change the artwork associated to each sample.

A large, central multi-purpose 360 control knob with LED indicators can be configured to affect headphones or speaker volume or vocal effects parameters.

Included with both the Solo and Dual versions is free M-Game software, which is tailored specifically for streaming purposes. It can be used to set up the microphone inputs, the device’s Swear Button input, the sampler and effects mapping as well as its various routing options.