The unit can capably handle the infamously aggressive All-Button mode. 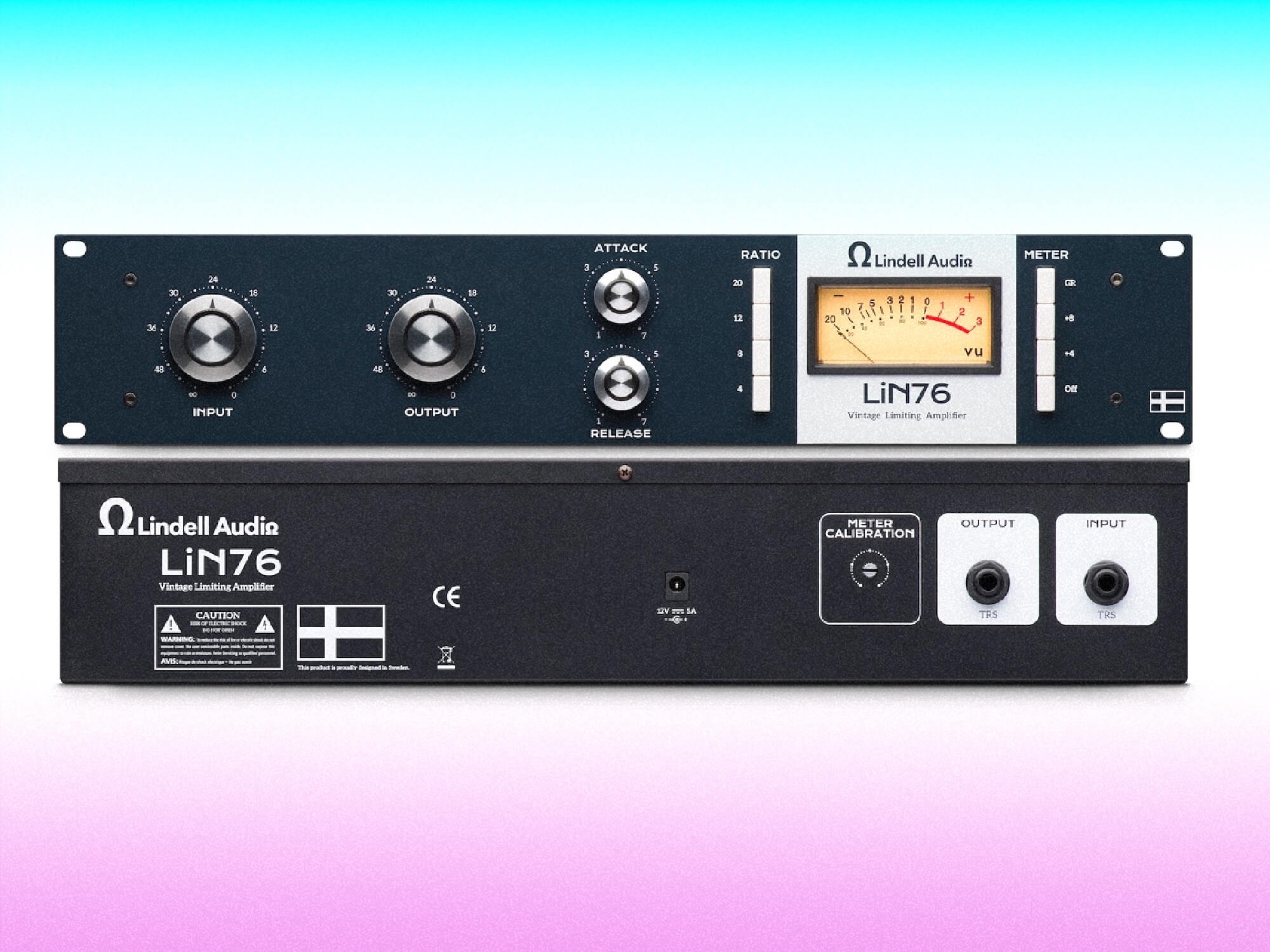 Swedish boutique developer Lindell Audio has unveiled the LiN76 Vintage Limiting Amplifier, a hardware emulation of the classic Universal Audio 1176 compressor. Promising to accurately channel the sonic character of vintage ’76-style FET compressors, the LiN76 is a lovingly made 19-inch unit— and a relatively affordable one too.

One distinguishing facet of the LiN76 is its capacity to emulate the infamous All-Button mode; a technique discovered by accident that resulted in an aggressive, now-iconic sound used by engineers throughout the 1970s, achieved by pushing all four of the ratio selection buttons (4:1, 8:1, 12:1 and 20:1) in at once.

The product of this was a ratio somewhere between 12:1 and 20:1, with a district shift in bias points and a change in the unit’s attack and release times. The resulting compression curve subsequently created an overdriven tone, as well as a lag on the attack of initial transients, creating a distinct ‘punch’ and a particularly gritty, ‘explosive’ response to signals captured by overhead and room mics, particularly when it came to drums.

Lindell Audio said: “As a resident producer at Bohus Sound Recording in Kungälv, Sweden — itself boasting a long and prestigious history that is intrinsically linked to the Swedish recording industry— namesake Lindell Audio founder Tobias Lindell knows only too well what recording equipment works best, boutique or otherwise.

“It is hardly surprising, therefore, that the most classic and respected sounds of dynamic processors live on in Lindell Audio’s aptly-named LiN76, proudly designed in Sweden to recreate timbres and nuances of ’76-style FET compressors — backed by the Vintage Limiting Amplifier wording boldly blazoned across its no-nonsense front and back panels. Put it this way: with LiN76, it is even possible to replicate the infamous ‘all-button mode’ made famous by British recording engineers throughout the Seventies, reproducing a sound that is still popular today.”

Watch an introduction video from Lindell Audio below:

The LiN76 is available now for $399 / €499 (including VAT). For more information head to lindellaudio.com. For distribution information in the USA, visit raddist.com.