The Lava Me 3 is jam-packed with advanced features while remaining light enough for your travels. 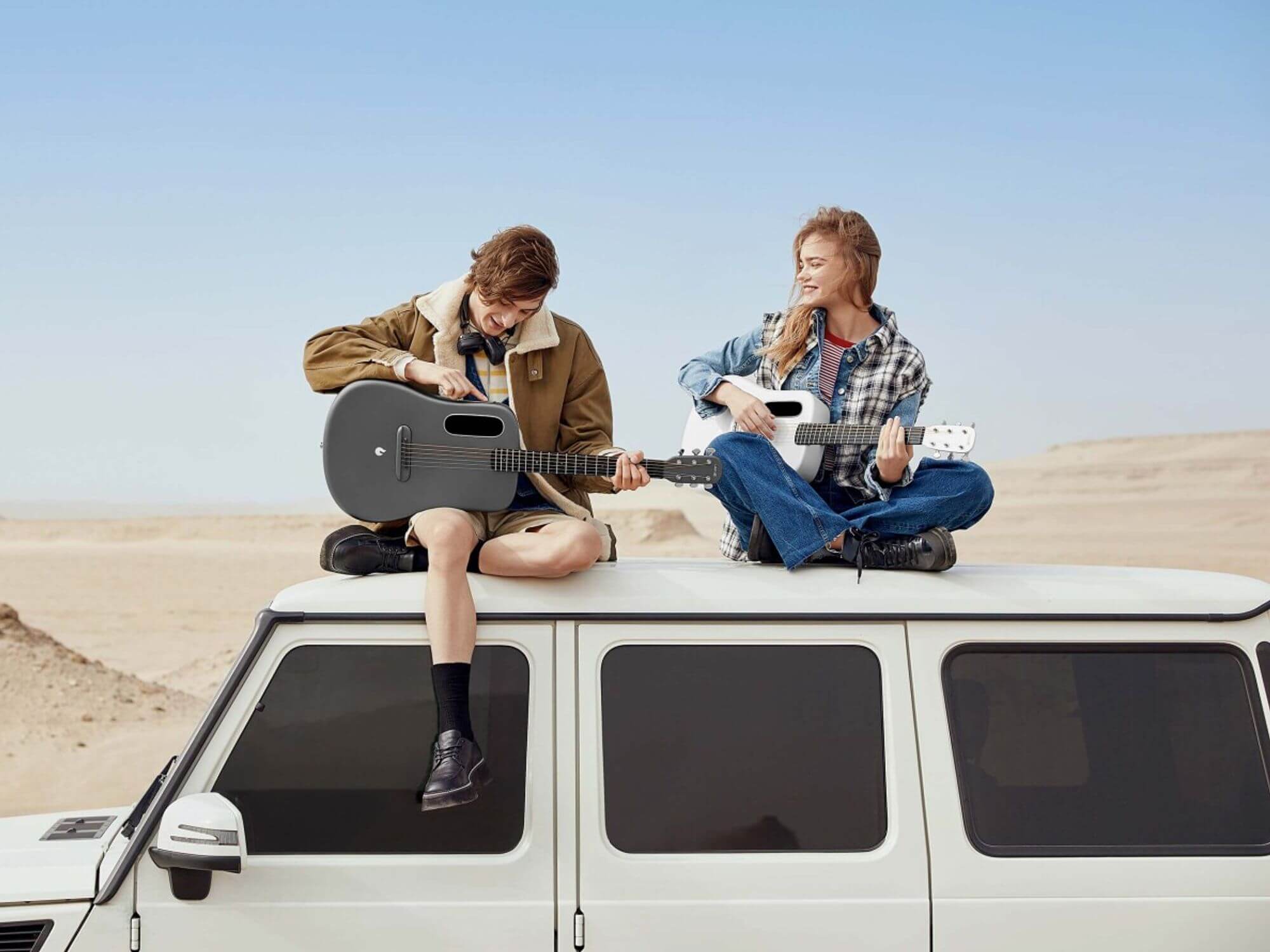 Lava Music has unveiled their next generation of carbon fibre smart guitars, the Lava Me 3, which comes with an all-new 3.5-inch touchscreen display.

Founded in 2013, Lava Music is no stranger to producing innovative and eye-catching guitars. The company’s first smart guitar comes with a slew of advanced features that will allow you to build your own one-man band without any external gear.

Building on the previous two iterations of the Lava Me guitars, the Me 3 features a built-in 3.5-inch touchscreen that Lava claims will “make guitar tools as intuitive as smartphones”.

Each unit comes with an onboard tuner, metronome and recorder that users can access via the touchscreen. The Me 3 is also loaded with Lava Music’s proprietary HILAVA operating system, which provides users with a suite of powerful tools and smart features such as Effects, Loops, Practice, and Tempo.

The Practice app, in particular, ensures that the guitar is intuitive to use and suitable for users of various skill levels, even beginners. It features five practice modes – chord transition, strumming, scale training, ear training, and single note – all of which are supported by sound detection technology to detect accuracy and offer relevant guidance. A detailed report is also generated after each practice for you to analyse your performance and sharpen your guitar chops.

Unique effects and over 100 grooves in different musical styles, too, are built in the Me 3 so that learners don’t need to make extra purchases on guitar gear like effects and loop pedals. Users can also record on top of the loops, with space for up to four tracks. They can then save those recordings on the guitar itself or share them via the Lava+ mobile app that’s designed to be “an online social music community”.

Although the Me 3 sports a similar look to its predecessor, the use of upgraded materials alongside an internal Honeycomb structure and 4-MASS technology in the soundbox produces “enhanced acoustic sounds 20 per cent deeper in bass and 30 per cent longer in sustain”.