It comprises a diode saturation stage and a compression stage. 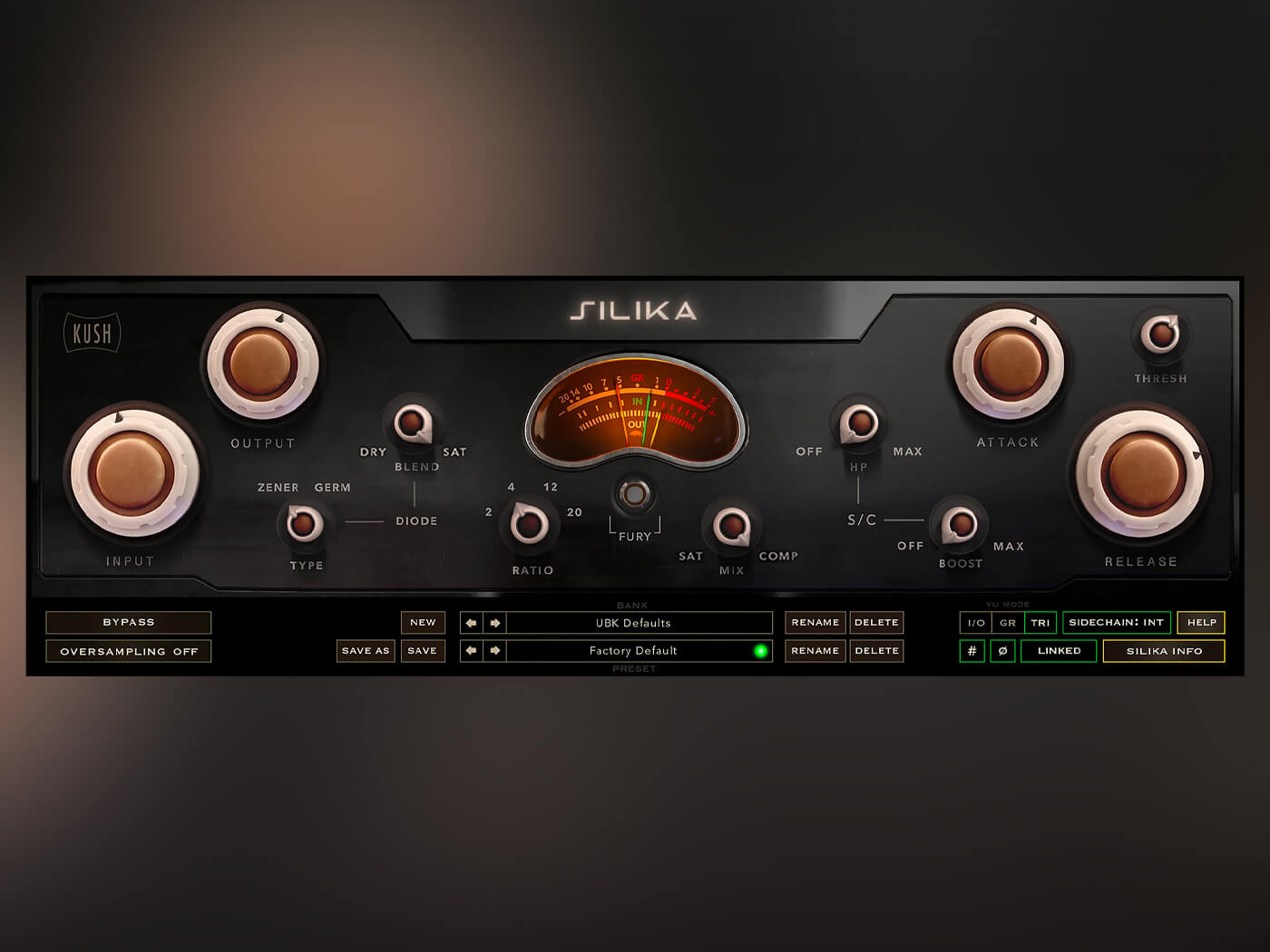 Kush Audio has announced the Silika Compressor, which the brand boldly claims is “sonically identical” to the analogue compressors it’s based on.

Unlike some plug-ins which model real pieces of analogue gear, the Silika is not an emulation of any particular real-life compressor. Instead, it aims to portray a “particular flavour of vintage compressors” known for its clipping characteristics.

Signals first pass through a diode saturation stage – which borrows characteristics from a vintage ADR Compex compressor and a Neve 2254 circuit. Kush claims that this “complex harmonic distortion generator” is what makes the Silika sound so distinctly analogue.

After the diode stage, signals pass through the compressor, which offers a standard fare of controls, including four selectable ratios, attack and release controls and a threshold knob. There’s also a mix control, which blends compressed signals with the output of the diode stage – not dry input.

Silika also has an internal side-chain, which gives you a high-pass filter and a bell-EQ boost for frequencies sitting in the 2.6-10kHz range. You can also take the compressor into more extreme territory with the inbuilt ‘Fury’ mode, which multiplies all parameters – from input to attack and release times – by 10. Kush remarks that this is somewhat similar to the all-in mode of the 1176 rack compressor.

Take a listen to Silika in action below.

Silika is priced at $99 standalone but is also included in Kush’s Complete Bundle subscription service, which costs $9.99 a month. There’s also a free demo available on Kush Audio’s website – which lets you decide with your own ears if the Silika is as analogue-sounding as they claim.