Kodamo is set to launch a new hardware synth, the Infini, later this week

Incorporating bitmasks and VA synthesis, the new keyboard synthesizer will be debuted at the French technology festival, SynthFest next month. 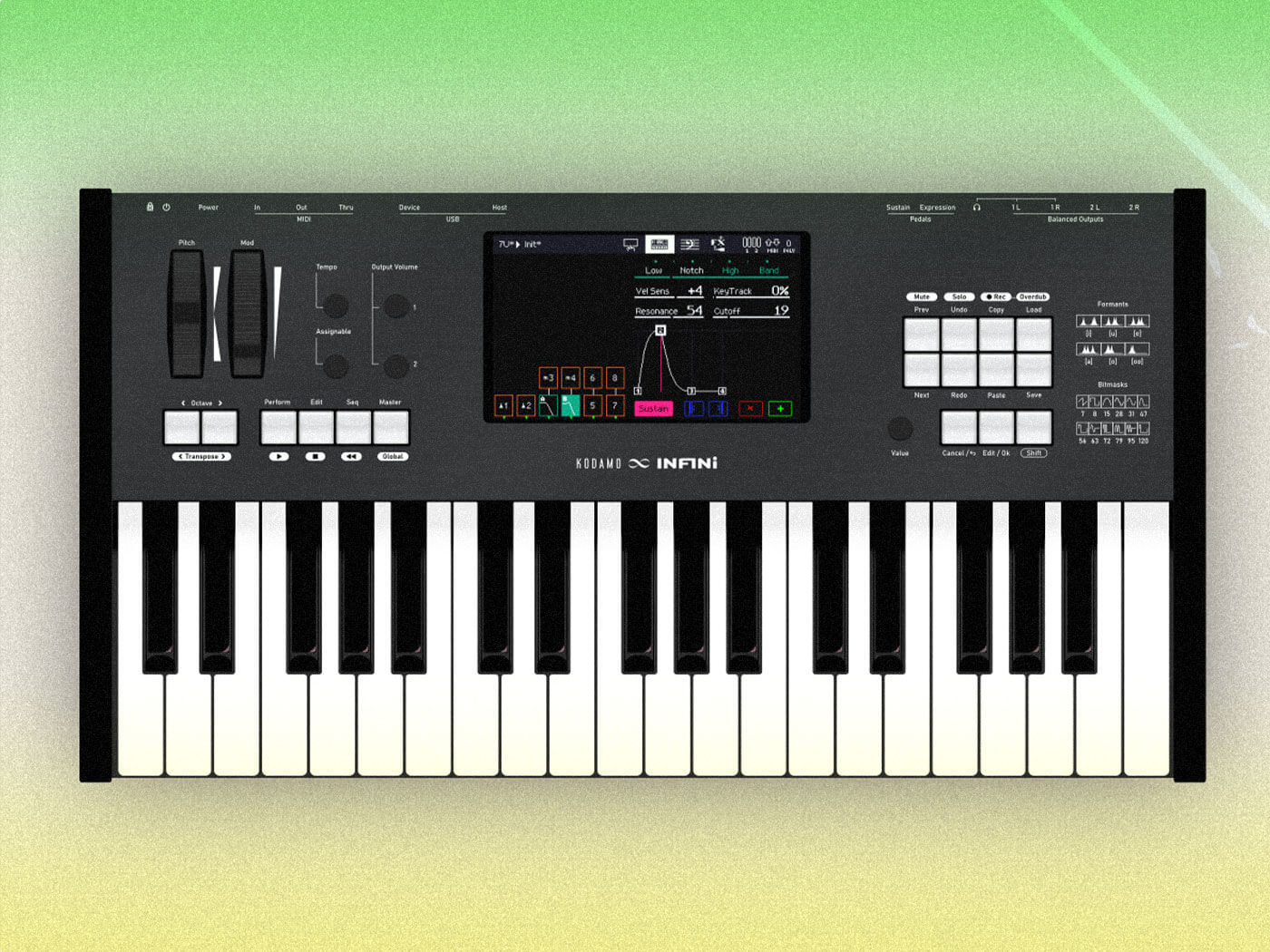 Kodamo, the developer behind the Essence FM, is set to introduce their latest hardware synth this Friday (1 April). The newest addition to their collection of synthesizers, the Infini is due to make its premiere at the upcoming French festival, SynthFest at the start of the month.

The keyboard synthesizer is said to incorporate a bitmask synthesis: a type of synthesis which uses binary masks. This method is something that Kodamo has been increasingly incorporating into its developments over recent years; seen namely when the brand shared a 3D render for a Bitmasker prototype on Facebook in July 2021.

New 3D render for the Bitmasker! Do you like it? Sound engine is still in development. With fully editable sounds and a…

Here, the development was listed as allowing for a portable way to make music and for a variety of sounds to be incorporated into a user’s setup. Kodamo said that each voice has “independent envelopes and can be filtered by a resonant multimode filter. Then you get two LFOs which can alter almost any characteristic of the sound, several stereo effects and a fun little arpeggiator.”

Other features embedded into the new Infini synthesizer include frequency modulation (FM) and what appears to be a sequencer with overdubbing capabilities.

The specific features of the new synthesizer have not yet been fully revealed by the developer but will rather be announced at the launch of the product later this week.

Not yet disclosing whether it will work through an analogue or digital setup, nor clarifying the exact number of voices the Infini will come with, the developers of the hardware synthesizer assure users that this most recent device will be “a synth with a super-rich sound”.

The Kodamo Infini will make its debut at SynthFest France 2022. The festival will run between 1-3 April and will take place at Théâtre ONYX – Saint-Herblain in Nantes.