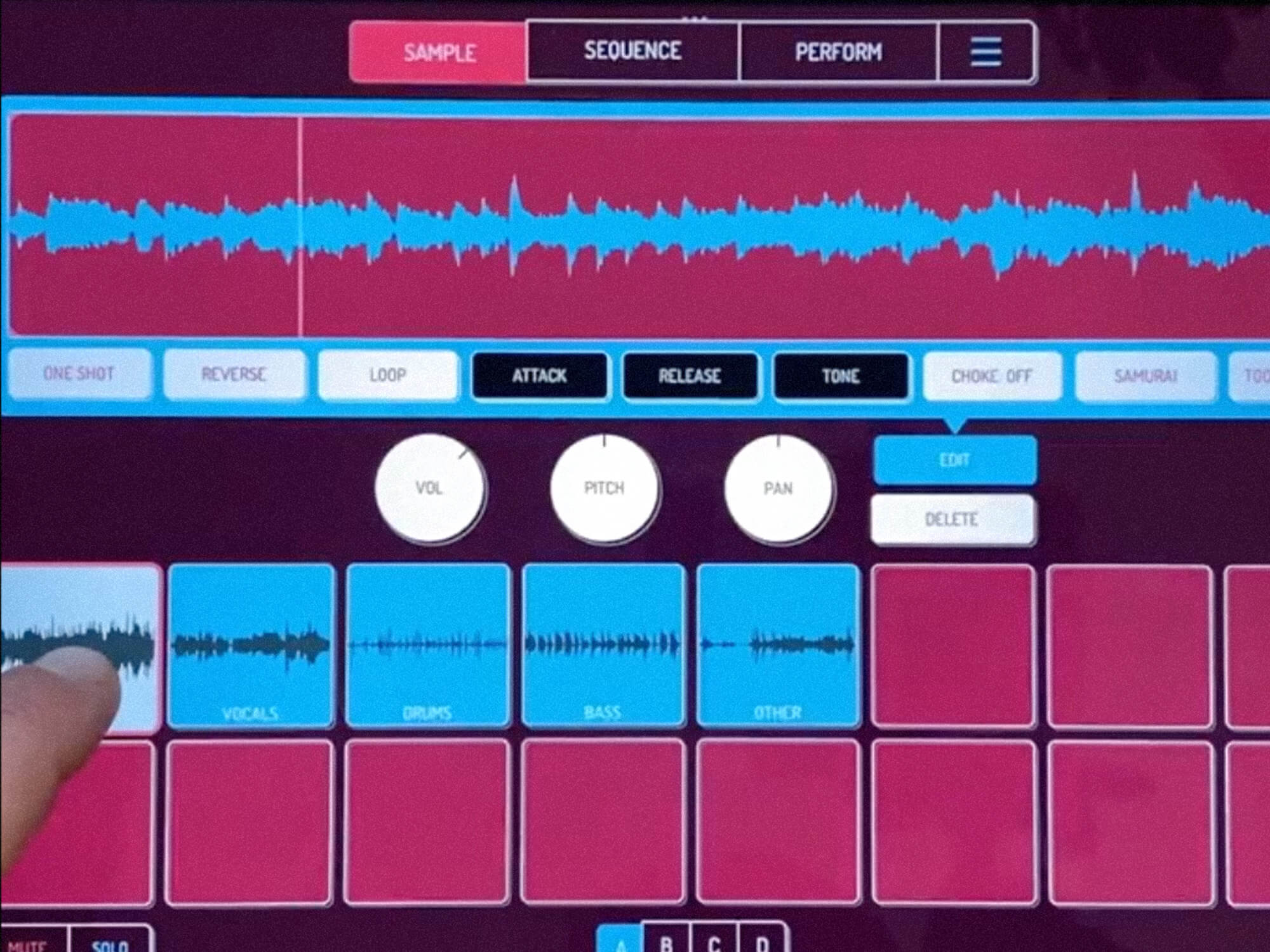 Koala Sampler, an MPC-style app built for iOS and Android by Elf Audio, has received a feature which separates stems and lets users make tracks with them instantly.

The feature, dubbed ‘Split Stems’, uses AI technology to identify the different components of a track, and then provides each solo’d stem to the best of its ability.

The results, as seen via Koala’s announcement tweet, are sounding impressive. Check out the video below.

As seen in the video, once Split Stems has been selected, it takes just a short time to extract them, and they appear in the form of the bass, drums, vocals and ‘other’ – which in this case sounds like percussive elements – in the sampler’s interface.

These stems can then be pitched down, chopped up, panned or even undergo effects from one of its eight microphone effects, which are: More Bass, More Treble, Fuzz, Robot, Reverb, Octave up, Octave down & Synthesizer. There are also 16 mix effects, including a dub delay, distortion, compressor and stutter.

The Koala Sampler is an app made for beatmakers that allows its users to sample, sequence and perform tracks. Users can record up to 64 sounds or import sounds via mp3, WAV and “many more” formats, according to the site.

There’s also a keyboard mode, so samples can be played on its chromatic nine keys. Koala beatmakers can also use a swing feature to add a human-like groove to their track.

Using iOS, users can export their tracks or loops as Ableton files, or otherwise, they can be exported as high-quality WAV files.

Koala Sampler v1.4055, now with the added update of its AI-powered Split Stems feature, is available on both the App Store and on Google Play for $4.99.

Find out more at koalasampler.com.