The multi-function device aims to make music creation accessible to all. 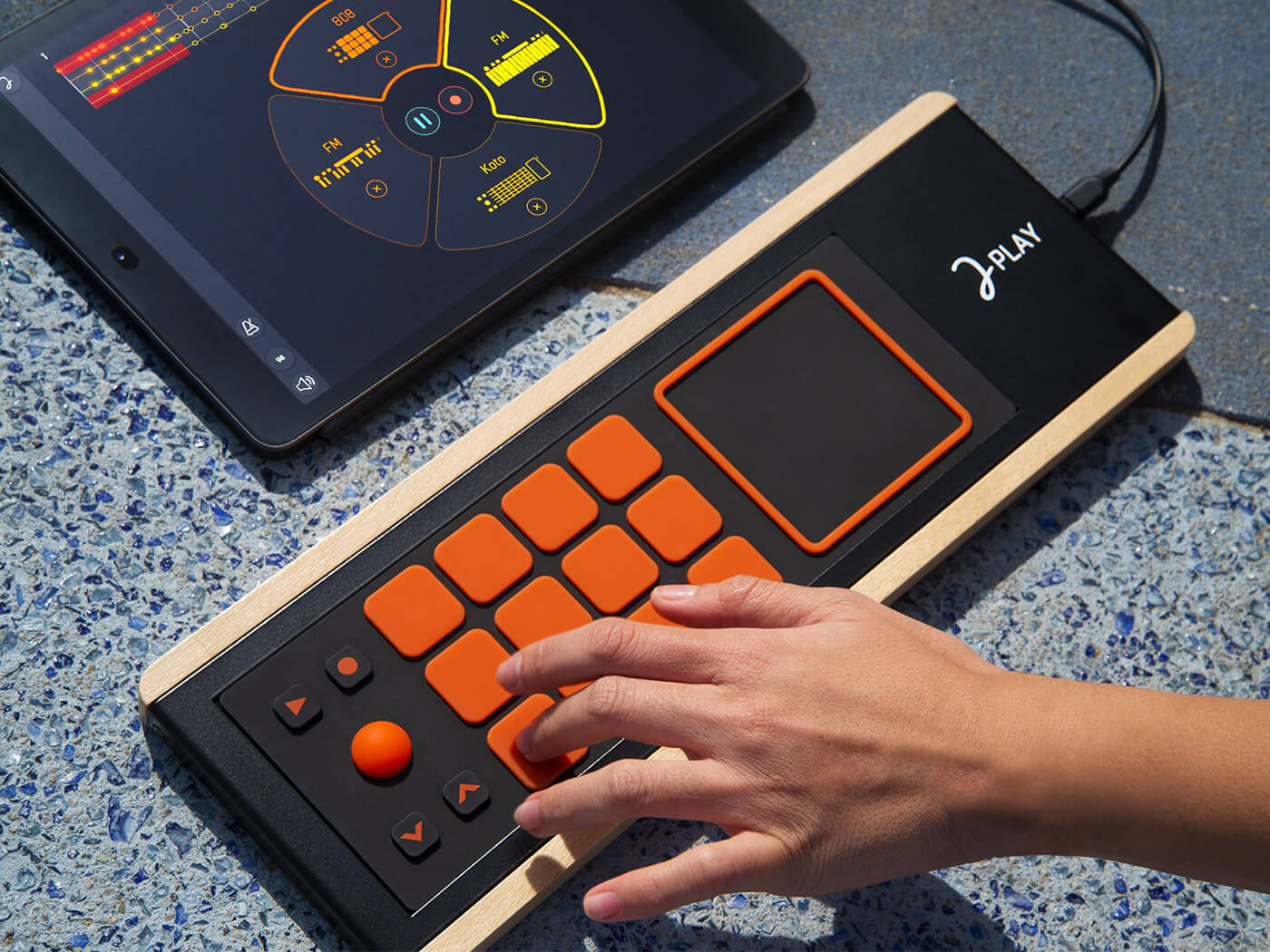 Joué Play is the latest instrument to be announced by French music company, Joué. The plug-and-play device aims to “democratise music creation” with an accessible design concept involving a sensor board, silicone ‘instrument’ pads, and a companion app.

While it bears resemblance both in looks, and operation to the multi-module Joué MPE controller that was released in 2018; the Joué Play is its own thing.

Operating the device begins by connecting the Joué board to a tablet or smartphone, and launching the companion Joué Play app – which serves as the device’s main interface.

Each of the brightly-coloured ‘instrument’ pads has been designed to look and function like the different instruments they reflect. Affixing a pad onto the sensor board automatically tells the device to call up a corresponding sound bank – no configuration or programming required.

The Joué’s professional sound banks consist of sounds ranging from traditional acoustic instruments, to synths, and drum kits. A total of eight different instruments can be added per song.

The app’s interface does away with the complexities of modern DAWs, instead employing a simplified and intuitive menu. Through the app, music-makers can choose sounds, record, add effects, mix, and share their creations online.

Development of the Joué Play was led by company co-founder and veteran device maker Pascal Joguet – most known for designing the multi-touch Lemur controller that’s been used by artists like Daft Punk, Björk and Nine Inch Nails.

The Kickstarter campaign for the Joué Play was launched yesterday (28 April), with several backer packages for the device available. The company has set its goal at €70,000.

Learn about the Joué Play here.