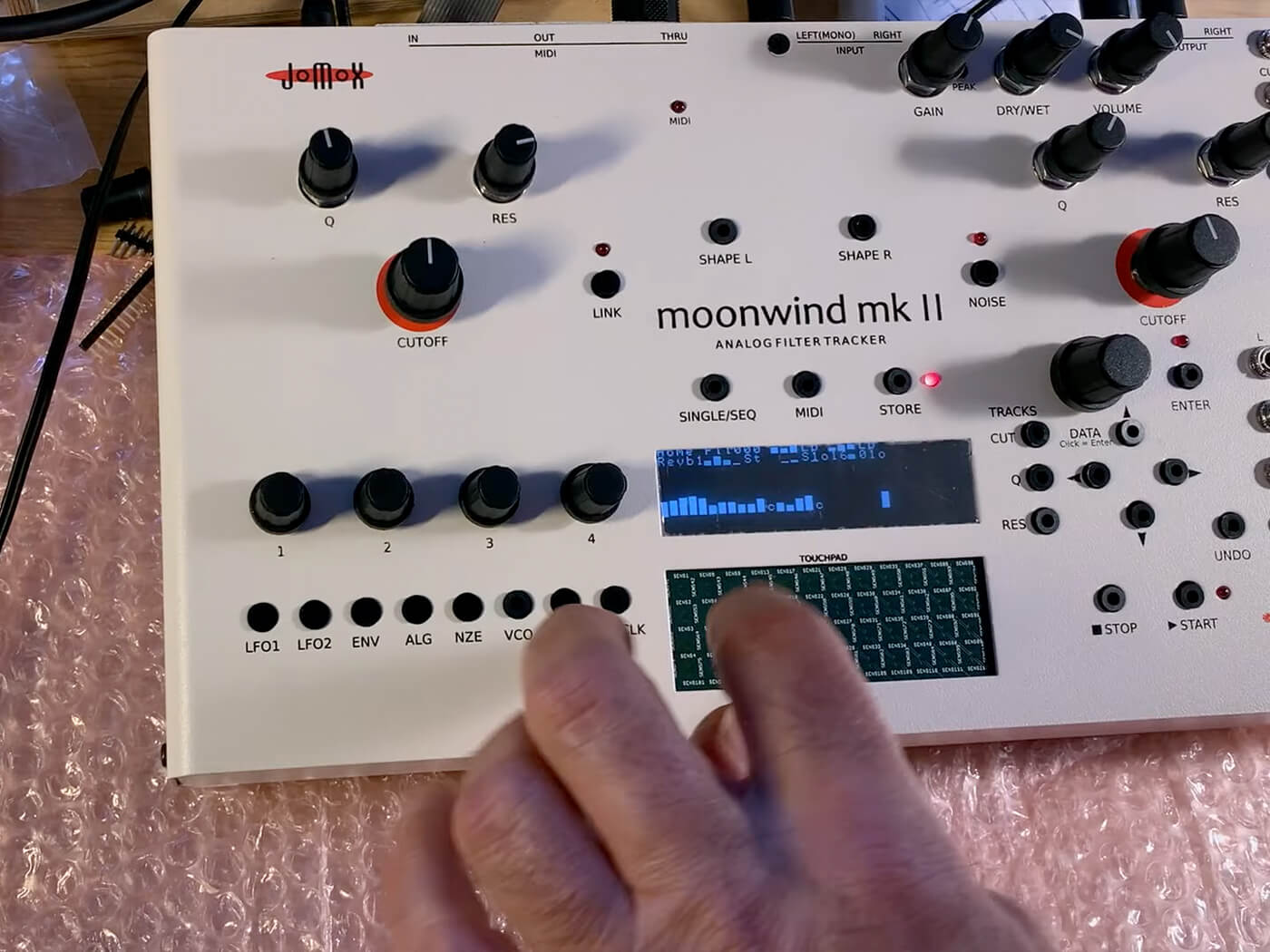 JoMoX is working on a new iteration of its Moonwind stereo analogue filter and showed off an early version at this year’s Superbooth.

Like the original, the Moonwind Mk II is a standalone filter with immense flexibility, internal step-sequencing and MIDI support. The new version sports analogue VCFs, a touch pad at the bottom and CV inputs to interface with other pieces of gear.

JoMoX hasn’t shared too many details on the filter just yet, but fans can get an idea of what it can do in a demo video shared online by YouTube synth channel Lesindes – watch it below:

The original Moonwind was released back in 2012. It had envelope modulation, two LFOs and digital effects to sculpt your sound.

At Superbooth 2021, the brand also showed off the MOD FM, an eight-voice, four-operator hybrid FM synth for Eurorack, with digital sound generation and analogue filters. It features a digital matrix, many LFOs and the ability to set modulations via an internal matrix, as well as CV/Gate connections.

Speaking to Lesindes, JoMoX’s Jürgen Michaelis said that this module is expected to be released in 2022.

Check out a demo below:

Stay tuned for more on the latest from JoMoX.