Jacob Collier explains why he wants a “wacko”-shaped gong: “I strive for things that break or confound my perspective”

“I’ve got a thing about gongs.” 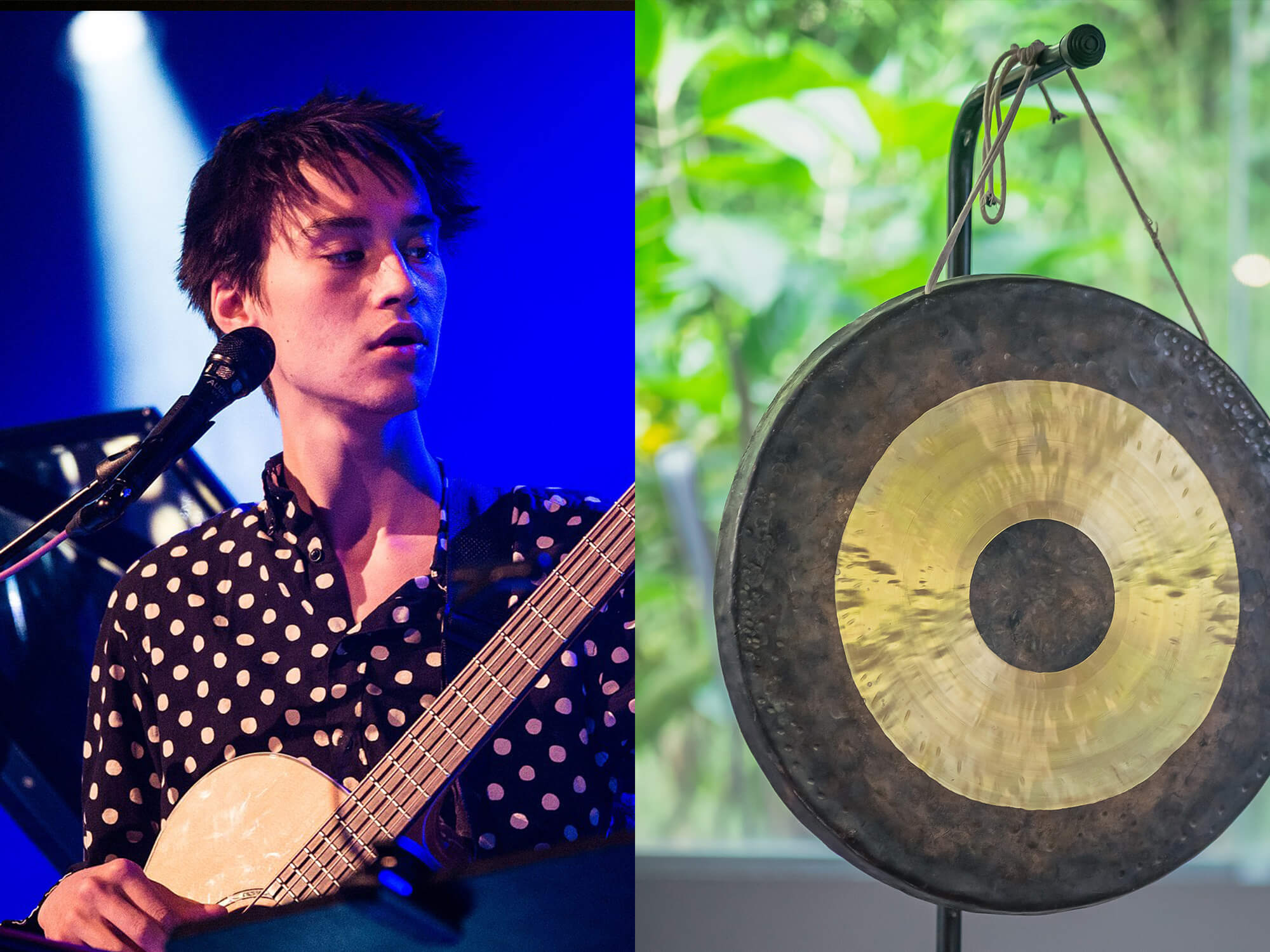 Jacob Collier has said that one of his dream studio items would be a “wacko…multiple-perspective” custom-made gong.

The Grammy-winning multi-instrumentalist, composer and musician revealed the dream instrument during an appearance on the My Forever Studio podcast. In it, guests are invited to explain their dream studio setup, although they’re only allowed to pick six items.

The gong, Collier says, would be custom-made into an “undefined” and “intricate shaped structure” such as a star, spiral or square and would hang from the ceiling of the studio. At one point, Collier says in the episode, he was toying with the idea of the gong being in the shape of his initials, J.C, but this idea was scrapped.

The need for the “impossible geometry multiple-perspective confounding metallic gong”, as he puts it, would be to break his perspective of instruments and to “keep me awake in the creative process” he jokes.

He says: “I’ve got a thing about gongs. A good, epic gong is just completely undefeated.

“There’s actually a man on the internet who makes custom-shaped gongs. And so you can basically make a gong in whatever shape you want, however wacko that is. The shape of the gong right now is undefined.

“It could be some kind of fractal image or even just like a really beautiful like four-pointed star, or a crazy spiral or some kind of epic, isometric design.

“You know, MC Escher, the impossible staircase [Penrose Stairs]?” He asks. “It will be so cool will be to have the gong where if you look at it from two different sides, two different directions in the room, it would actually be a different shape, or it would show a different perspective versus another.

“I strive for things that break or confound my perspective because it keeps me awake and alive in the creative process.”

The love for gongs, Collier says, began while the artist was touring in 2022. Below, you can watch a video he makes reference to, in which he fails to hit a gong on stage for a second time after throwing a mallet at it.

The My Forever Studio podcast in partnership with EVO by Audient sees artists, producers and engineers create their dream fantasy Forever Studio, wherever they want in the universe. However, there are strict rules in the Forever Studio. The guests are permitted a limited number of items in their creative space, so they must choose carefully. Listen to the 48th episode with Jacob Collier here or check out all episodes here.