The Shephard Tone has been famously used by Hans Zimmer, Pink Floyd, and Nintendo. 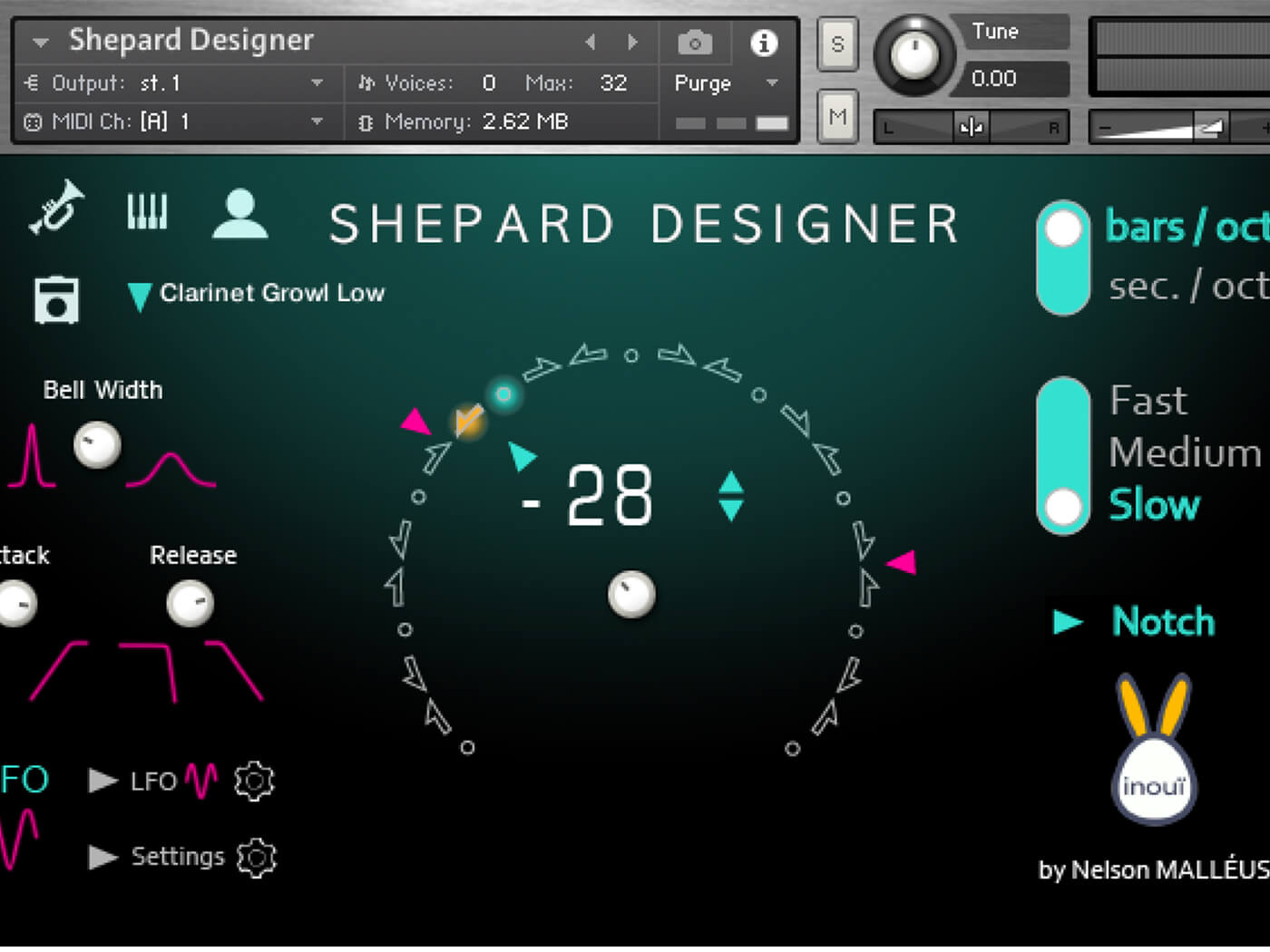 Shephard Designer is a new Kontakt patch from Inoui Samples that easily allows you to create the famous auditory illusion of the Shephard Tone. The Shephard Tone was famously used in movies Dunkirk and The Dark Knight, as well as in Pink Floyd’s Echoes. It was even used in Super Mario 64.

Shephard Designer features 144 varied instruments, and is capable of creating a Shephard Tone with your own sounds. The plug-in’s minimal GUI sports two main knobs, which can change parameters in realtime. Slope direction and speed of the tone can be adjusted, and an amplitude bell to go from the most acute sound to the most dramatic. Advanced settings such as envelopes and LFO speeds will provide flexibility in creating the desired effect.

The Shephard Tone is an auditory illusion of continuously rising pitch, seemingly in a never-ending fashion. It’s used in music to create suspense and tension. The effect is created by layering sine waves on top of each other, each separated by an octave. The highest tone rises in pitch gradually, and at a certain point will drop in volume and drop down and octave. Meanwhile, the middle pitched tone rises in pitch and volume, until it meets the same fate of its predecessor. This loops on and on, tricking our minds into thinking the pitch is continuously rising.

It is explained with visual and aural representations in this video from Vox below: