Imperative Audio’s Portable Vocal Booth is made for home studios

Lightweight, easy-to-deploy, and with retractable feet to take it from vocal booth to guitar amp iso box. 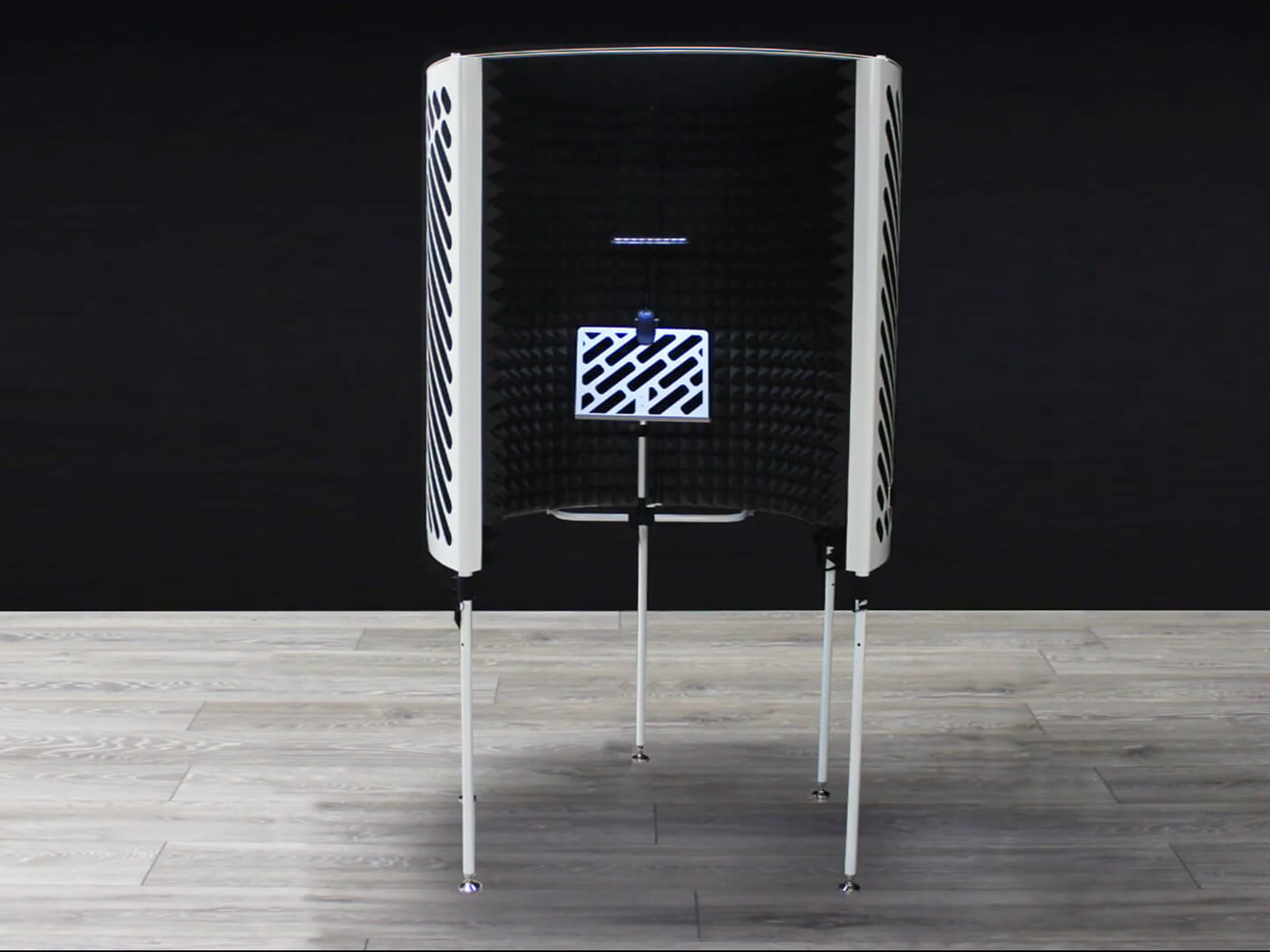 Imperative Audio has announced the Portable Vocal Booth (PVB), a lightweight and easy to deploy isolation booth that could be especially useful to those recording from home.

The PVB features an open, cylindrical design with acoustically treated internal walls. It can be collapsed down to a fraction of its dimensions and sports a lightweight aluminium build, making it easy to move and store.

According to the brand, deploying it should only take “a couple of minutes”. There’s also an optional roof panel, which is acoustically treated and with a slot to lower in an overhead microphone.

What makes the PVB flexible in application are its five retractable legs. You could, for instance, lower it down to the ground to act as an iso box for guitar amplifiers, or set up atop a desktop for a dedicated podcasting zone. In commercial studios, one could set up a PVB in the control room for quick takes (without needing to set up a talkback). At its tallest, the PVB stands at 210cm, which should accommodate even the tallest of talents.

Meanwhile, the internal walls offer three layers of acoustic treatment. It has an RT60 – the measurement of which it takes for a sound to decay by 60dB – of 0.07 seconds. It also attenuates outside noise up to 28.4dB (on an A-weighted curve).

See it in action below:

The PVB coems with an accessory bar, book stand and storage bag and is priced at £999. For a limited time, it also comes with an LED light. Units start shipping in February 2021.