A performance of Hide And Seek entirely orchestrated by hand gestures. 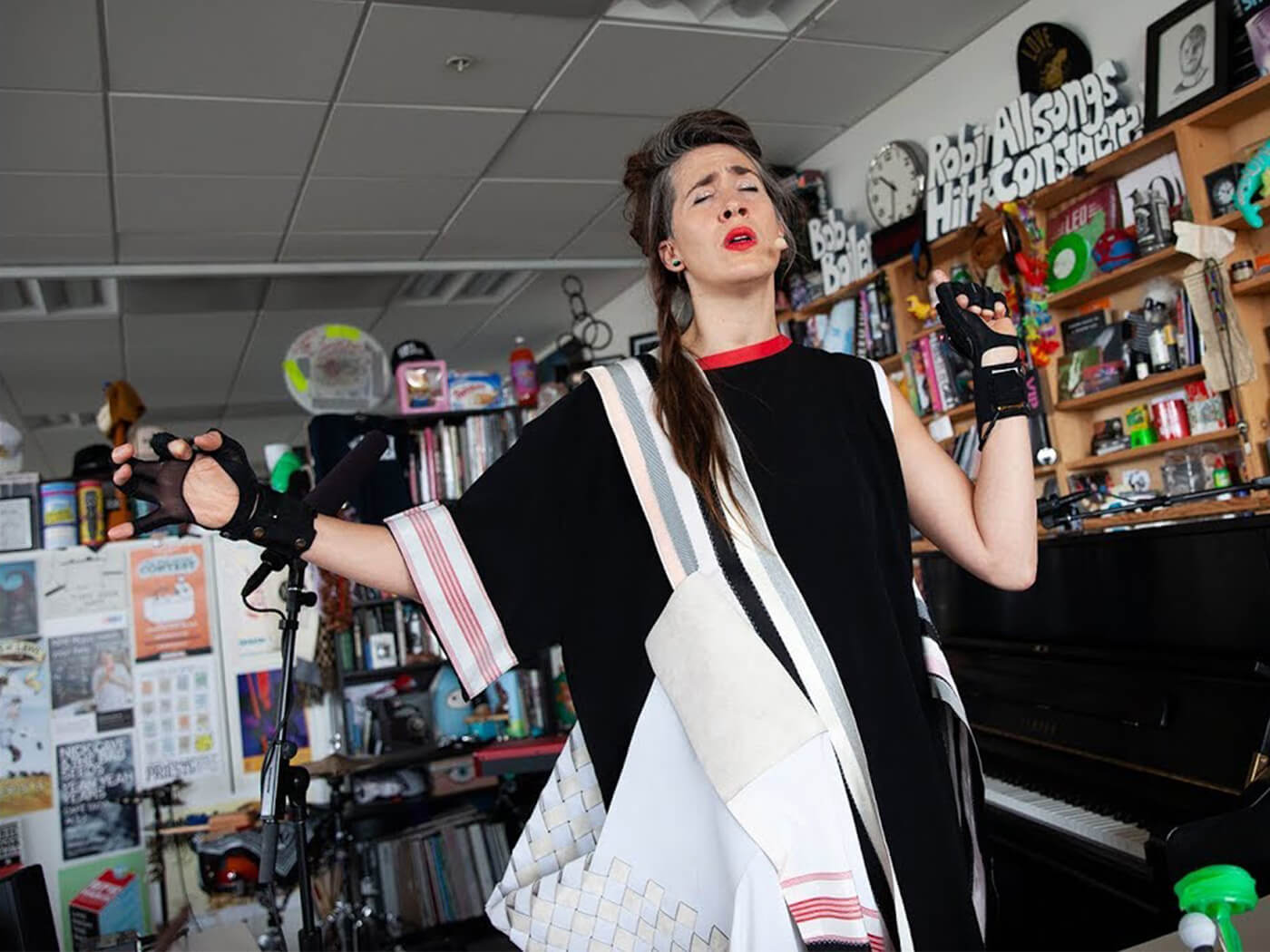 Imogen Heap recently stopped by NPR’s Tiny Desk for a stripped-down set. Amongst the highlights was a performance of 2005’s Hide And Seek, which saw Heap using her Mi.Mu gloves to produce some atmospheric sounds.

For the uninitiated, Mi.Mu is a British tech company Heap founded in 2010. Its first pair of performance gloves were launched in 2014 and subsequently upgraded earlier this year. Before performing Hide And Seek, Heap gave the Tiny Desk audience a brief rundown of the gloves’ features.

She first demonstrated how hand movements can trigger pitch and accents, before drawing attention to Glover – the gloves’ software – and its various ‘scenes’ that are useful for live performances.

Heap then dived into the tune, using the gloves to create cavernous echoes, inspiring orchestra sounds and stirring vocal harmonies.