The line includes the X-Drive, X-Vibe, X-Time and X-Space pedals. 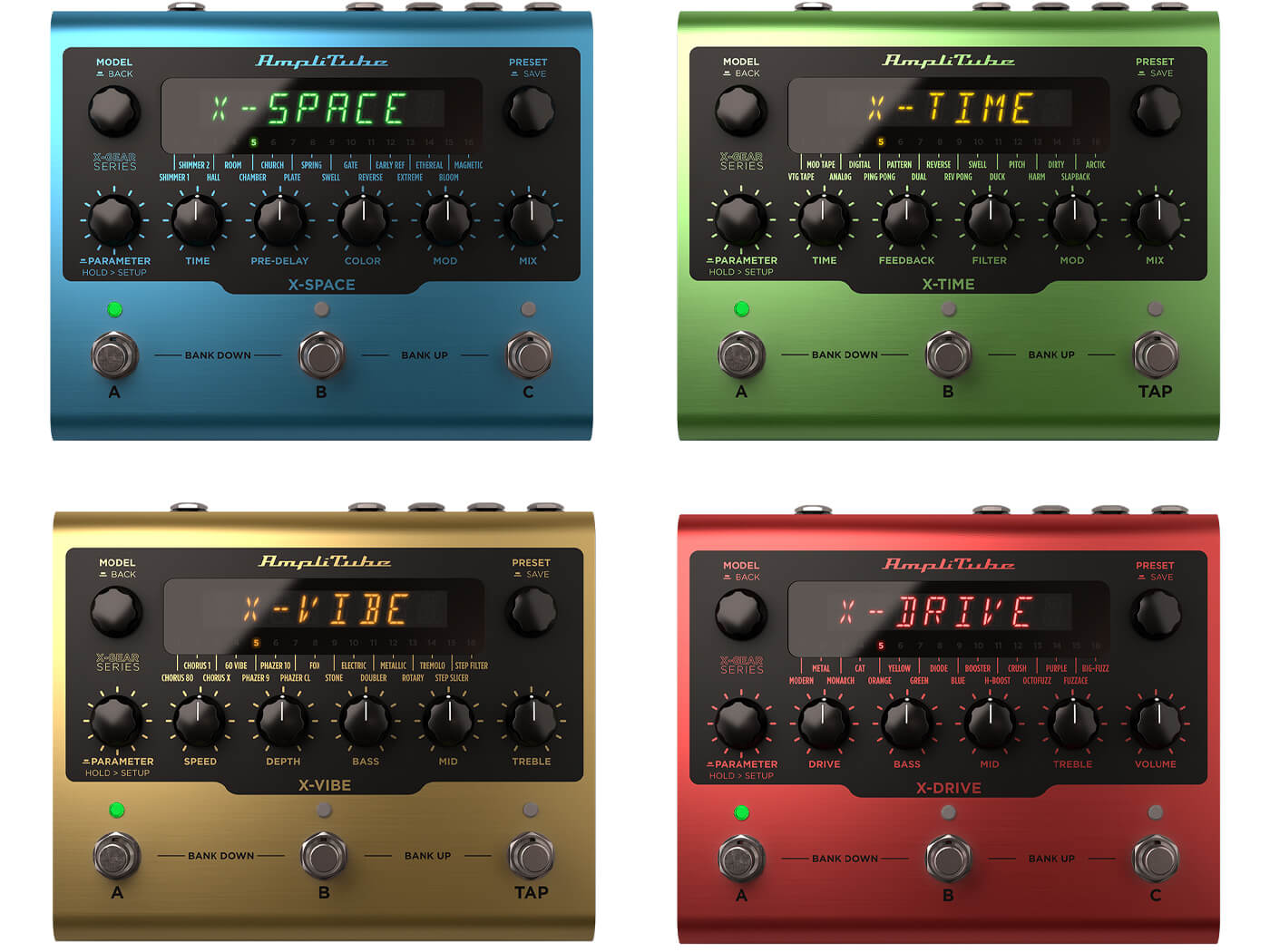 IK Multimedia, the developers of the AmpliTube amp and effect modelling series, has delved into the realms of hardware guitar effects, announcing four pedals under the X-Gear series.

The line of digital effects pedals include the X-Drive distortion and overdrive, X-Vibe specialising in modulation, X-Time delay and X-Space reverb. All four pedals run on the same base hardware and DSP.

All four pedals are also capable of operating as a USB interface and support MIDI for control over each parameter. There are also five onboard impulse responses that are ready for recording or connecting to a mixer directly, as well as wet / dry controls and stereo output options.

Each pedal offers 16 effects with the X-Drive and X-Vibe drawing from the brand’s AmpliTube software and taking inspiration from some “iconic” analogue effects. Meanwhile, the X-Time and X-Space feature custom-written effects from IK.

If you plan on owning more than one X-Gear pedal, you’ll be able to assign one as the main effect and use the other as a MIDI controller, storing presets for one or more pedals.

As an audio interface, the X-Gear hardware supports resolutions up to 24-bit / 192kHz with 4x oversampling capabilities.

Each pedal also comes with a virtual doppelgänger: a software version you’ll be able to share presets from the physical version with and vice versa. A bonus copy of AmpliTube SE also comes packaged.