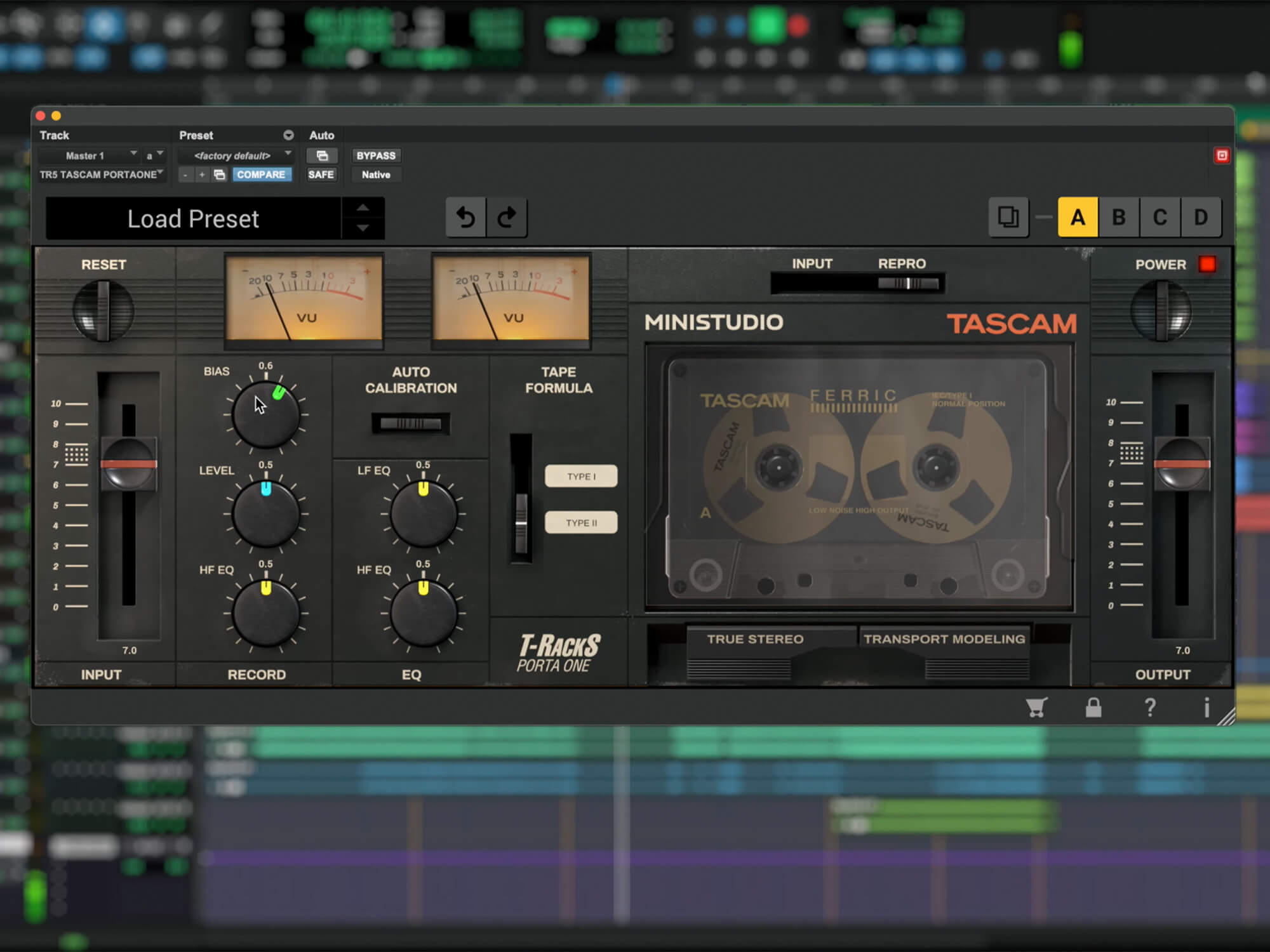 IK Multimedia has partnered with Tascam for a blast from the past: a collection of virtual tape decks for DAWs, inspired by classic models. It’s 2021, people, and tape is still cool.

Did you know Ricky Martin’s Livin’ La Vida Loca was the first chart-topping single to be entirely produced in Pro Tools? Yes, ‘twas a time when only state-of-the-art studios had the computing power for digital recordings and indie musicians turned to Portastudios and two-tracks to record their own music. It’s quite a twist that those machines have now skyrocketed in value, and going digital is easily more affordable.

Each emulated circuit is said to be authentic, developed with IK’s in-house modelling technology and Tascam’s data to bring the audio hallmarks of each machine into the box.

Music-makers will be able to access common parameters such as input and output levels, selectable input and reproduction audio paths, and even choose from a selection of classic tape formulations which each have their own character.

The pack draws two features from IK’s Tape Machine Collection. Transport Modeling function is said to accurately reproduce the inaccuracies of the tape position in a realistic fashion, while True Stereo operation mimics the characterful stereo image created by unbalanced left and right channels on an analogue machine.

Aside from running within T-RackS 5, the collection is able to run standalone on Windows and Mac or as a plug-in for your DAW in AAX, VST2, VST3 and AU formats.