Use it to give your tracks more dynamic consistency and saturation. 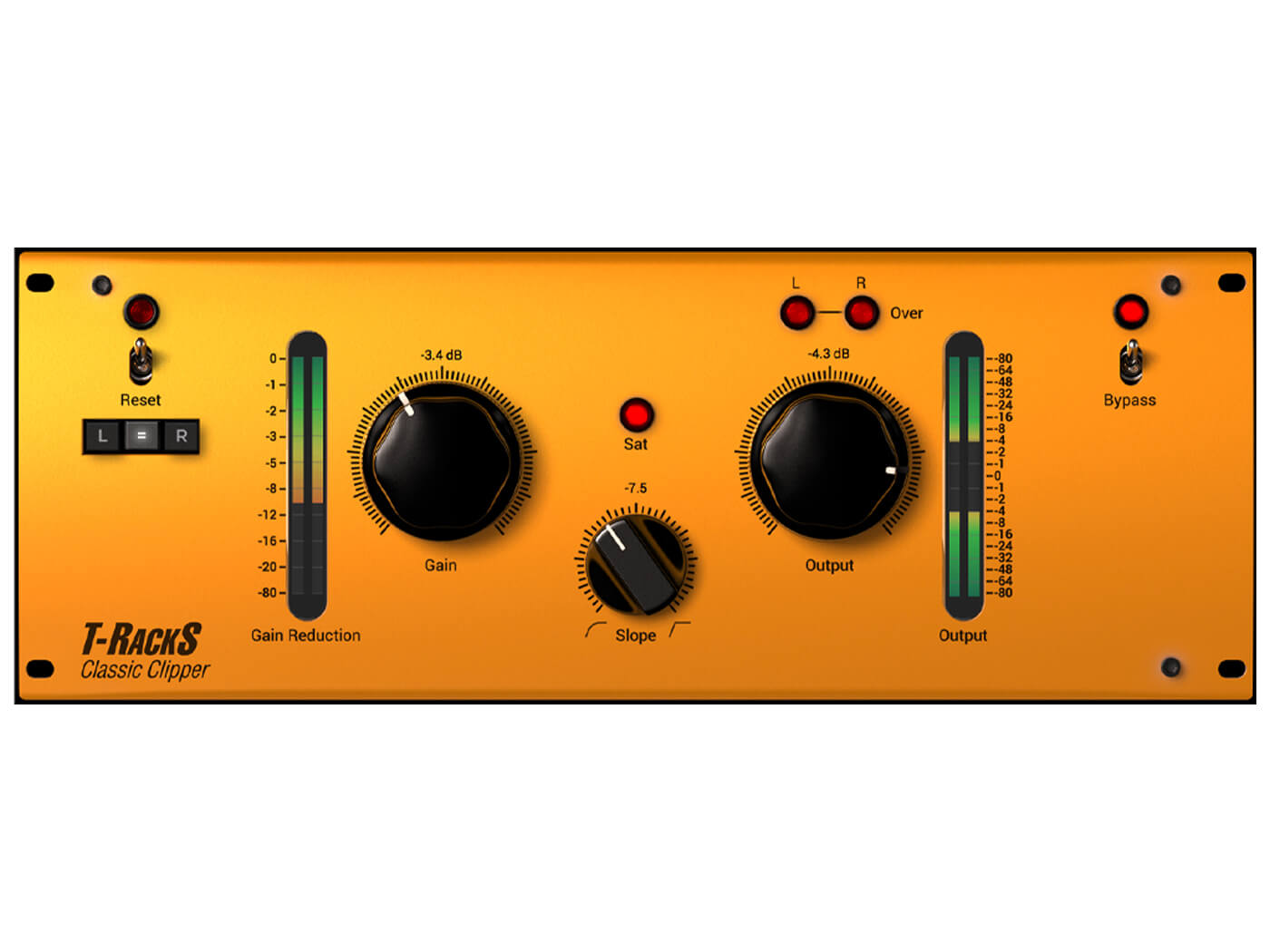 IK Multimedia is giving away the T-RackS Classic Clipper plug-in to subscribers of its newsletter until 22 September. Music-makers can use this plug-in to tame unruly peaks in their mix – particularly in the mastering phase.

Although somewhat similar to peak limiting, the brand claims that peak clipping is the more transparent of the two processes, and is why more engineers prefer to employ it in the mastering phase.

The plug-in gives you three controls: Gain, Slope and Output. These can be finessed to give consistency to dynamically erratic tracks such as a snare drum, while also introducing some desirable saturation to boot.

IK Multimedia has also supplied this tutorial on how to get the plug-in through its mailing list.

T-RackS Classic Clipper – which is priced standalone at €49.99 – comes as part of the T-RackS 5 series of mixing and mastering plug-ins.

The plug-in comes in AAX, VST, AU and standalone formats, and is compatible with macOS 10.9 and later, as well as Windows 7 and up.