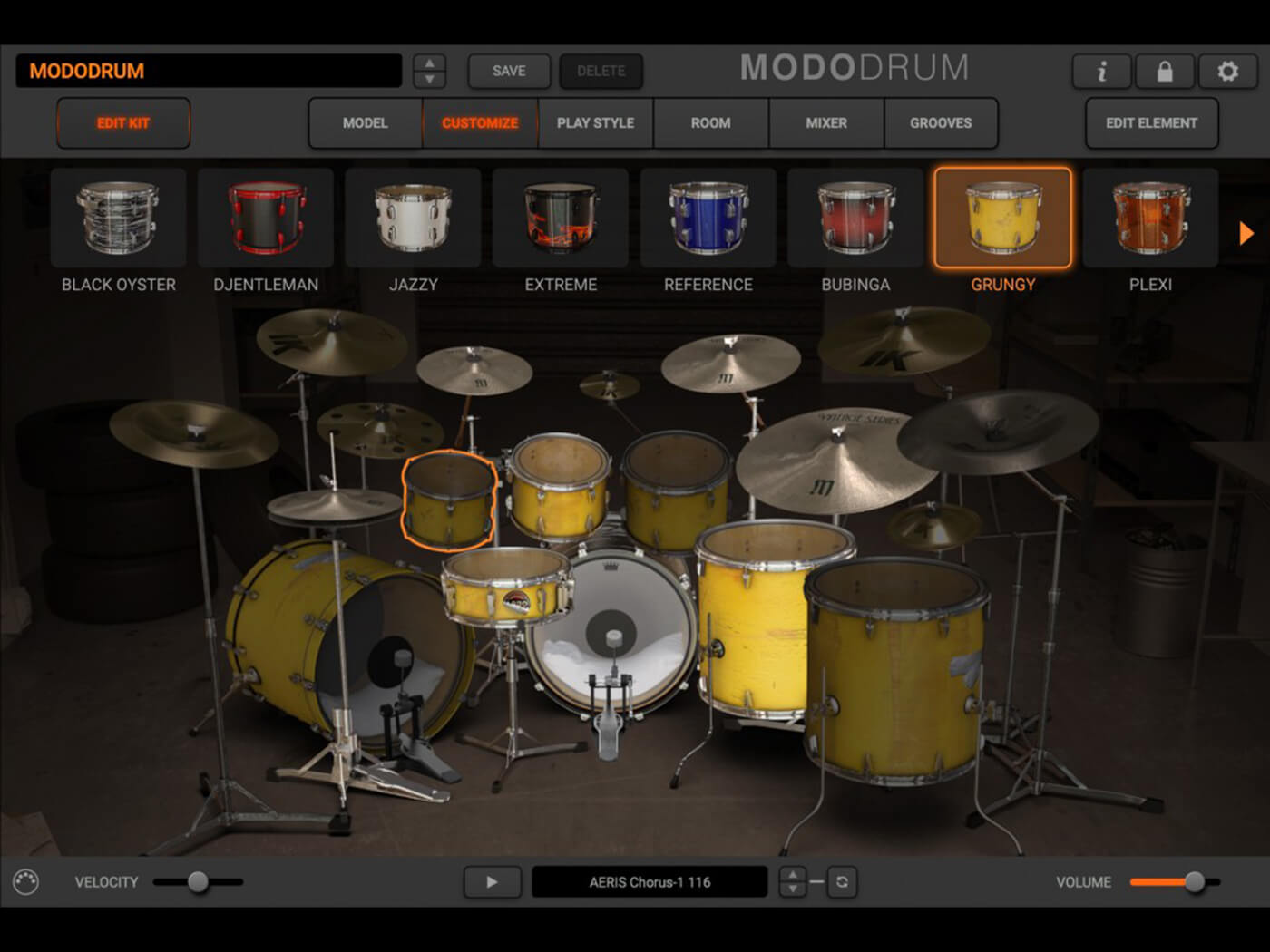 IK Multimedia is now shipping Modo Drum, a software instrument that promises a new level of virtual drum realism. The follow-up to Modo Bass, Modo Drum arms you with 10 modelled drum kits with an array of customisation options. Here’s the rundown: 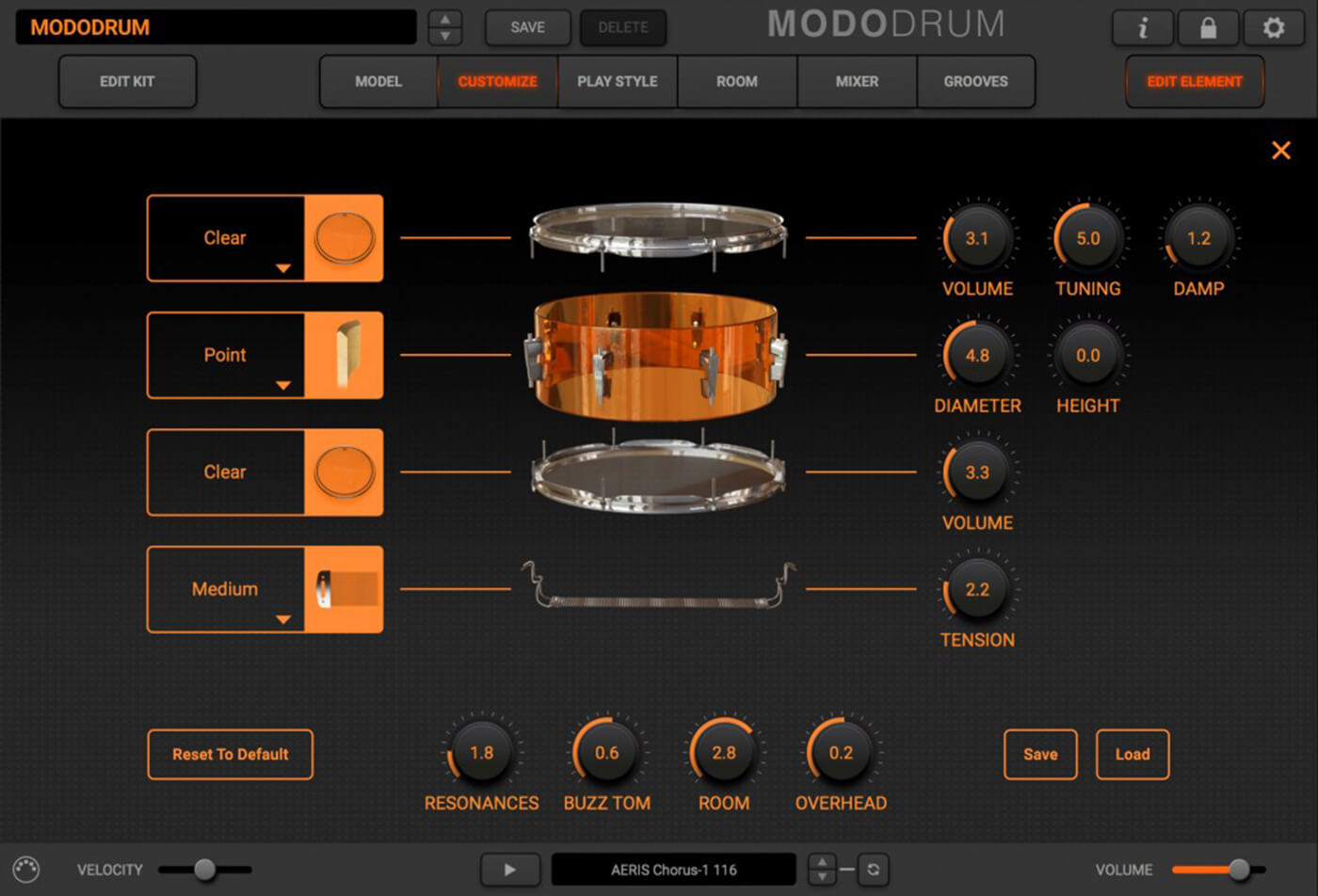 Modo Drum came to fruition after 11 years of R&D, which focused on capturing the unique acoustic behaviour of actual drums. This is influenced by the drum’s shell and skin materials, the drummer’s playing style and the kit’s interaction with the space around it. The’ capturing’ was executed through a combination of modal synthesis technology and advanced sampling, resulting in what IK touts as an incredibly realistic sound. 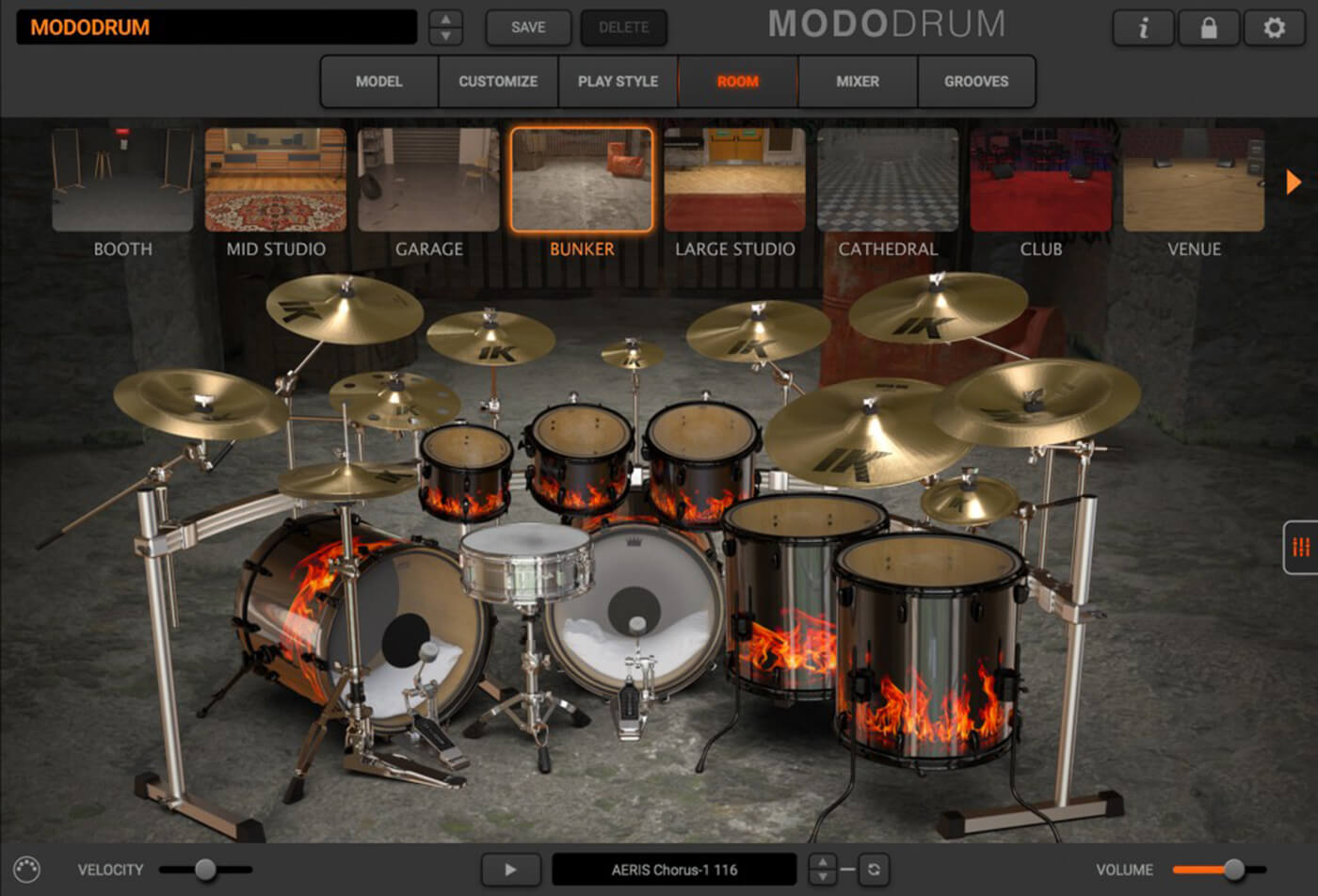 Modo Drum’s 10 kits are suited to a wide range of musical styles, genres and time periods. Examples range from jazz to grunge kits, and from maple shells to exotic bubinga. In addition to kits, Modo Drum also equips you with three fully stocked cymbal sets, plus tambourine, cowbell and claps.

In terms of drum-sculpting, Modo Drum gives you creative license to play with a wide range of options – modify the kits, playing style, room choice, effects and even stick selection should you so desire. You’ll also be able to change ‘physical’ and sonic properties of the drum kit. The ‘physical’ side refers to swapping out skins and shell profiles while tweaking sonic character comes by way of adjusting snare tensions and how the kick drum is played.

A unique aspect of Modo Drum is its Play Style section, which allows you to control the ‘feel’ of your virtual drummer. The ‘feel’ can be modified with different kick drum techniques, various type of beaters, as well as a selection of stick types for each hand. Play Style is complemented by an infinite round robin feature that, according to IK, ensures no two hits are the same.

You also get access to an array of simulated drum placements within dry drum booths, sympathetic recording studios, and even booming garages and cavernous cathedrals.

Included in Modo Drum is an in-built mixer that lets you sculpt the recorded sound. Mute, solo and flip phase controls are available, as well as the ability to group elements in buses. Another bonus inclusion is a suite of 19 studio processors and effects – taken from IK’s T-RackS and AmpliTube software – that can help give your kits a final polish.

Grooves out of the box

For inspiration, you can rely on Modo Drum’s integrated Groove manager that’s stocked with over 1,400 grooves across different styles and moods. Joining the Groove manager is a groove section with useful MIDI patterns and variations that can be accessed with a few clicks.

Here’s an overview of Modo Drum: