Universal 37-key controllers have an audio output for mobile use. 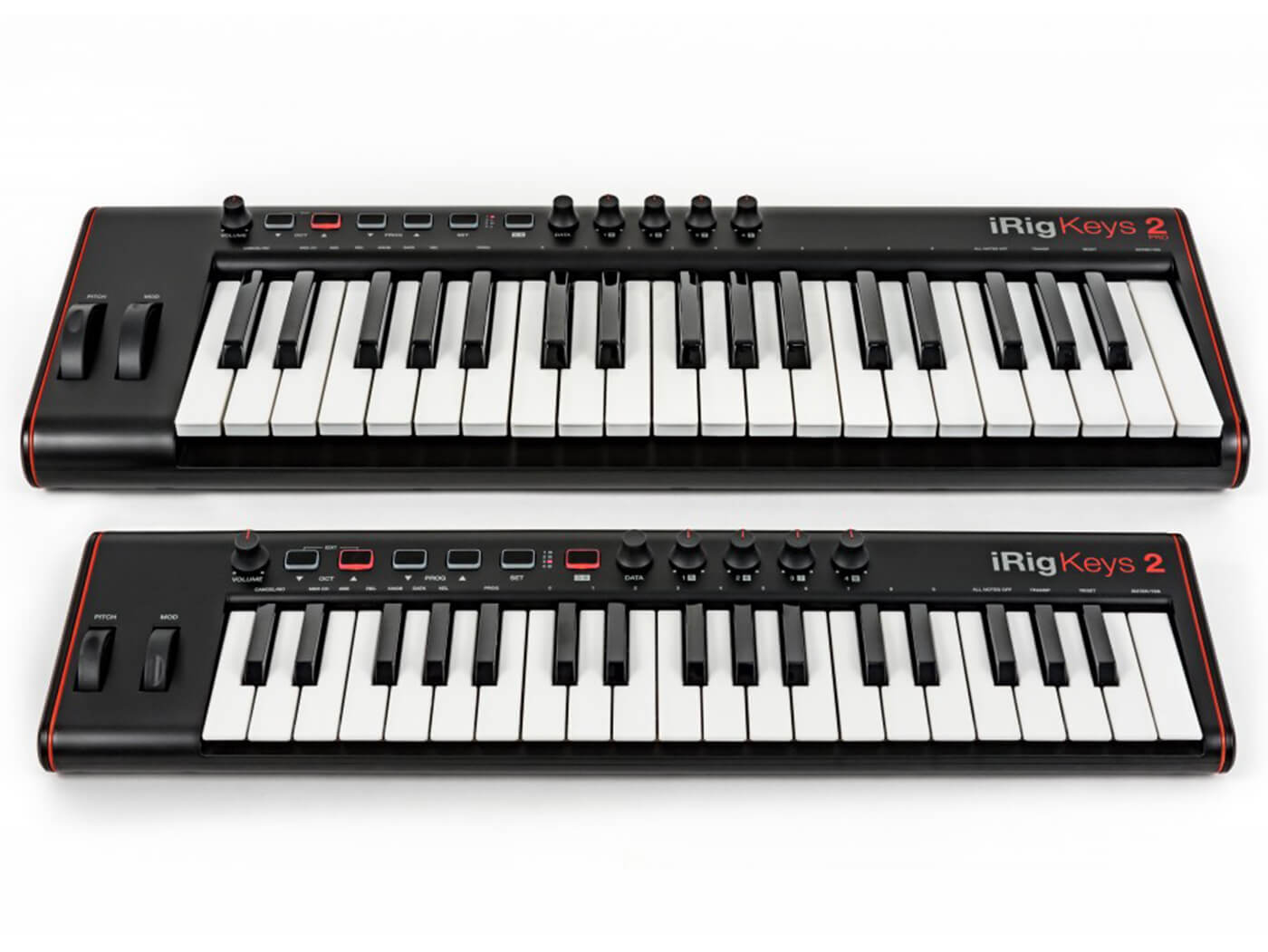 As well as both being USB class-compliant for use on laptops and desktops, the iRig Keys 2 controllers are also MFi – Made For iPhone. You’ll be able to connect them directly to music-making apps on iPhones and iPads – as well as certain Android models – for an on-the-go setup. The controllers also boast a dedicated audio output, which comes in handy for playback on speakers or headphones.

The devices are also designed to be used as a control hub – for standalone gear like IK’s UNO synth and Drum – or as a MIDI interface. MIDI I/O is available on 1/8th-inch jacks and all you need to power them up is a computer/mobile device or a USB power supply/battery.

Control-wise, each controller boasts four assignable knobs that can be programmed with your prefered parameters. They also sport modulation and pitch bend wheels, a volume control and octave buttons. An Edit mode lets you save presets for future recall, too. Preset options include keyboard transposition, touch sensitivity, MIDI channel change and more.

Check out the iRig Keys 2 controllers in action below: