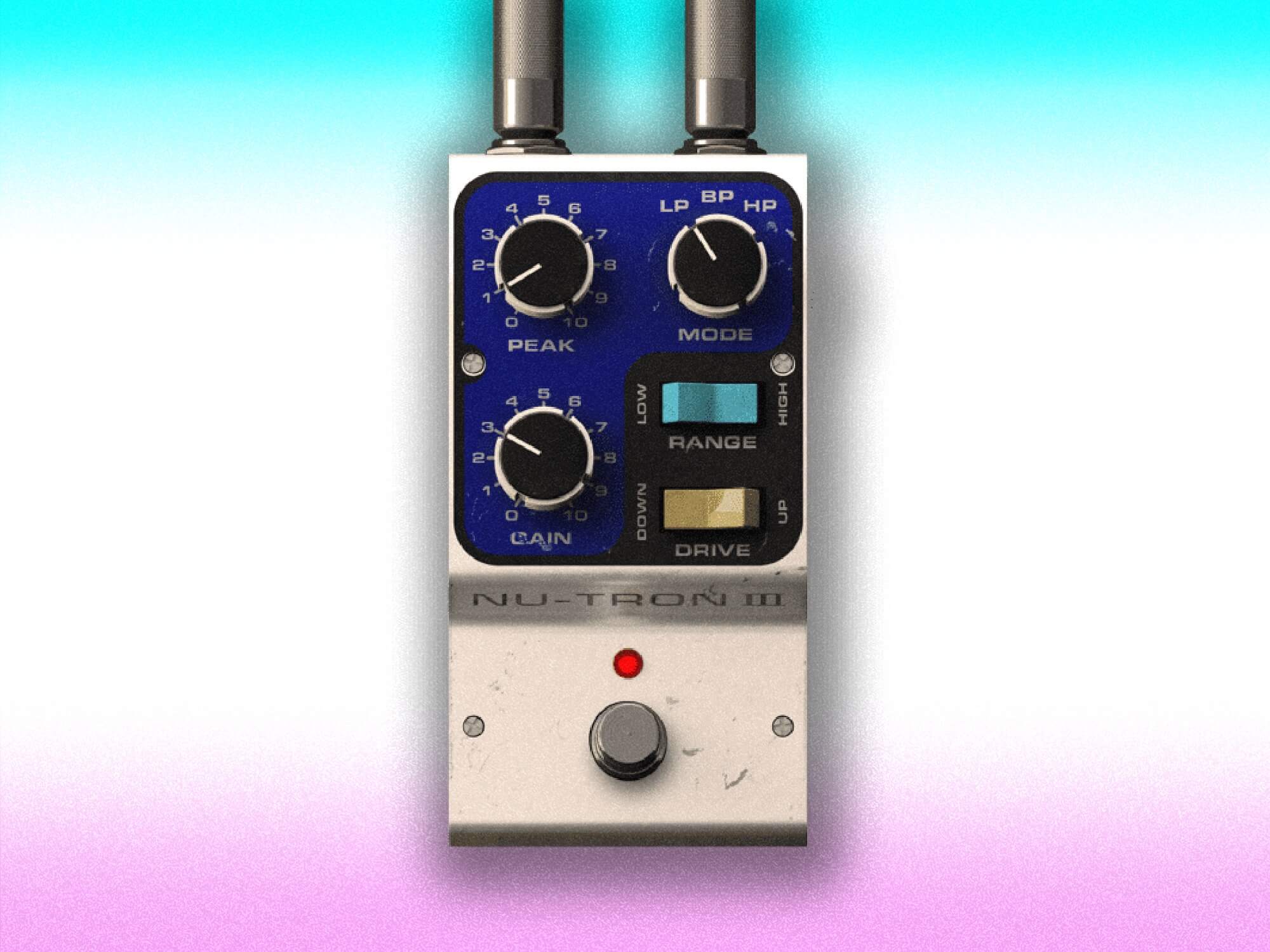 IK Multimedia has a summer gift for new and existing Amplitube 5 users – including those of the free Custom Shop: over August 2022, the Nu-Tron III envelope follower is free to download.

Based on the Musitronics Mu-Tron III from 1972, the Nu-Tron III is an auto-wah with adjustable filter responses resonant peak and gain; “a great way to expand your sound palette in Amplitube,” says IK Multimedia. Its low-pass, bandpass, or high-pass filter modes can be triggered from low to high frequency or vice versa, and it also features switchable range and drive modes.

The original Mu-Tron became particularly known for its aptitude for keyboards. Its original advertisement read: “Small enough to be a ‘mini-synthesizer’. Mu-tron III translates the envelope or “volume picture” of every note automatically… into an easily-controlled, articulated, vowel-like sound – as fast or slow as you play. Use Mu-tron III to create a variety of synthesizer sounds through most electrified instruments – guitar, keyboards, drums, flute, saxophone, brasses, bass, mandolin… even microphone.”

IK Multimedia has posted an instruction video on how to claim the Nu-Tron III , which you can watch below:

Amplitube 5 is a wide ranging software suite of guitar and bass pedals, amps, cabs and speakers, as well as mics, rooms and rack FX. With emulations developed in collaboration with Fender, Mesa/Boogie, Orange and more, it’s a formidable array of tools.

In our review of Amplitube 5, we said: “All in all, this is a significant update for Amplitude and one that is hard to fault. The refreshing GUI makeover allows for a more effortless, fulfilling user experience, which, coupled with the sonic improvements, makes Amplitude 5 a very attractive prospect for guitarists, bassists and producers alike. The three main packages are well worth the money, now more than ever.”

Find out more at ikmultimedia.com