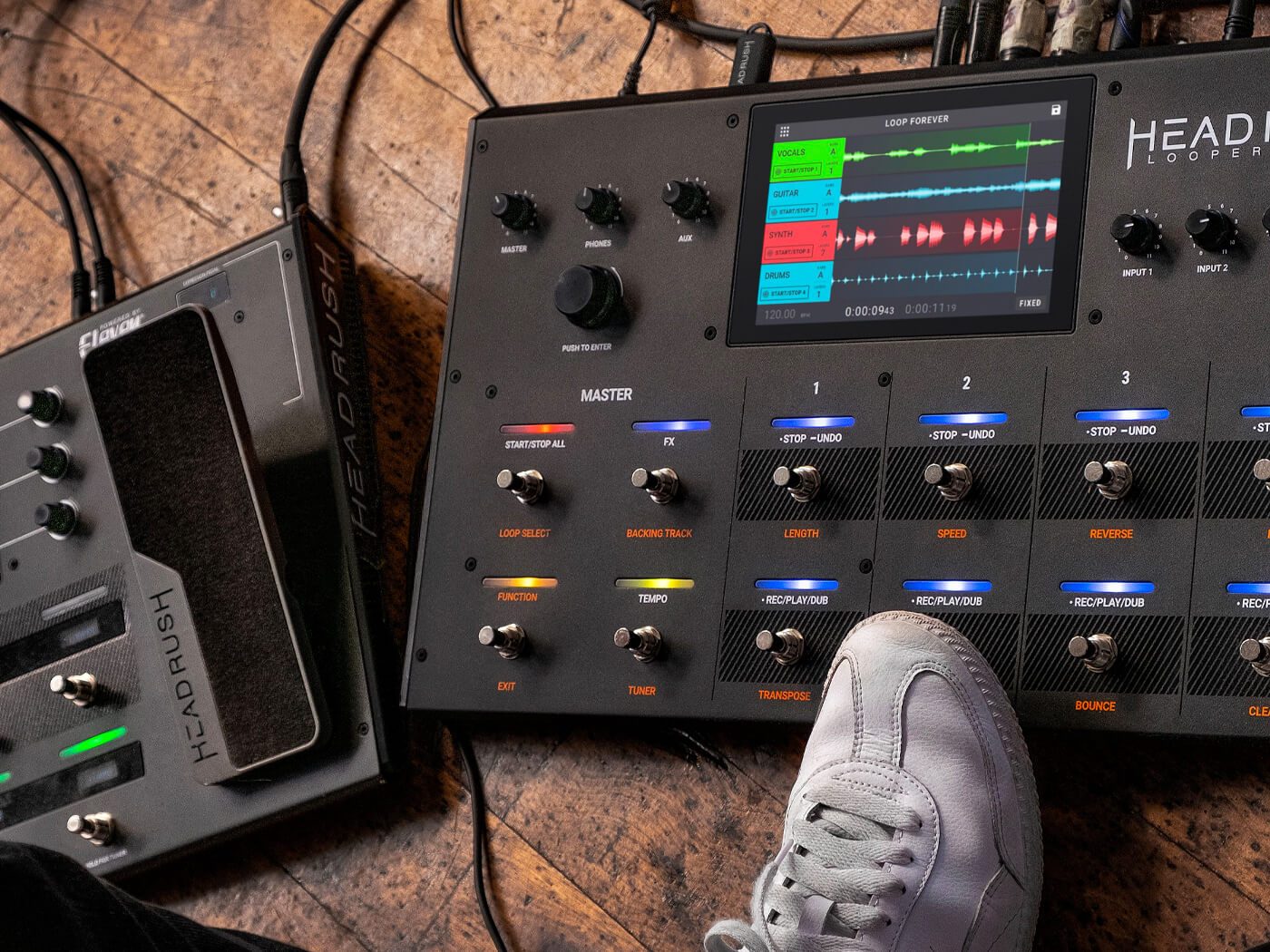 HeadRush has launched its latest firmware update for the Looperboard, available for free to owners of the device. Firmware 2.0 adds external drive compatibility, brand-new DSP effects, as well as some significant looping features, all wrapped up in a redesigned user interface.

If the Looperboard’s nine hours of internal recording time doesn’t quite cut it, then you’ll be pleased to know that it’s now possible to hook up an external hard drive or SD card to the Looperboard for virtually endless loop times.

Of course, this also stretches over to backing track playback, meaning you can store different live sets to SD cards for better overall physical data organisation.

Making full use of the Looperboard’s monstrous quad-core processor, firmware 2.0 adds on some powerful new DSP effects. One of the major additions, called ‘vocal harmony and tuning’ allows singers to add layers of harmony, and make adjustments to their voice in real-time.

Other notable new inclusions include a Slicer, which chops up sounds and organises them into a preset pattern (somewhat like a ‘musical’ tremolo); Pumper, which replicates the popular sidechain compression effect heard across EDM, and LFO-Sync, which introduces filter sweeps based on pre-selected tempo information.

Auto-BPM detection is one of the more advanced audio manipulation tools added in firmware 2.0, and is said to be particularly handy when working with imported audio. It employs a non-destructive time-stretch, without pitch alteration, to fit together tracks with unmatched BPMs. Routing this to read off the tap tempo footswitch could make adapting loop tempos to other musicians, a drummer for instance, much more painless.

Adding on to this, users can now assign the top four start/stop switches of the Looperboard as shortcuts to any onboard feature.

Wrapping up the firmware update is a redesigned user interface, which presents a brand-new icon-based menu screen, a new effects section layout and a clear cut mixer screen that shows explanations of features and looper modes.

HeadRush is rolling out Looperboard Firmware 2.0 for all current Looperboard owners for free on their website.