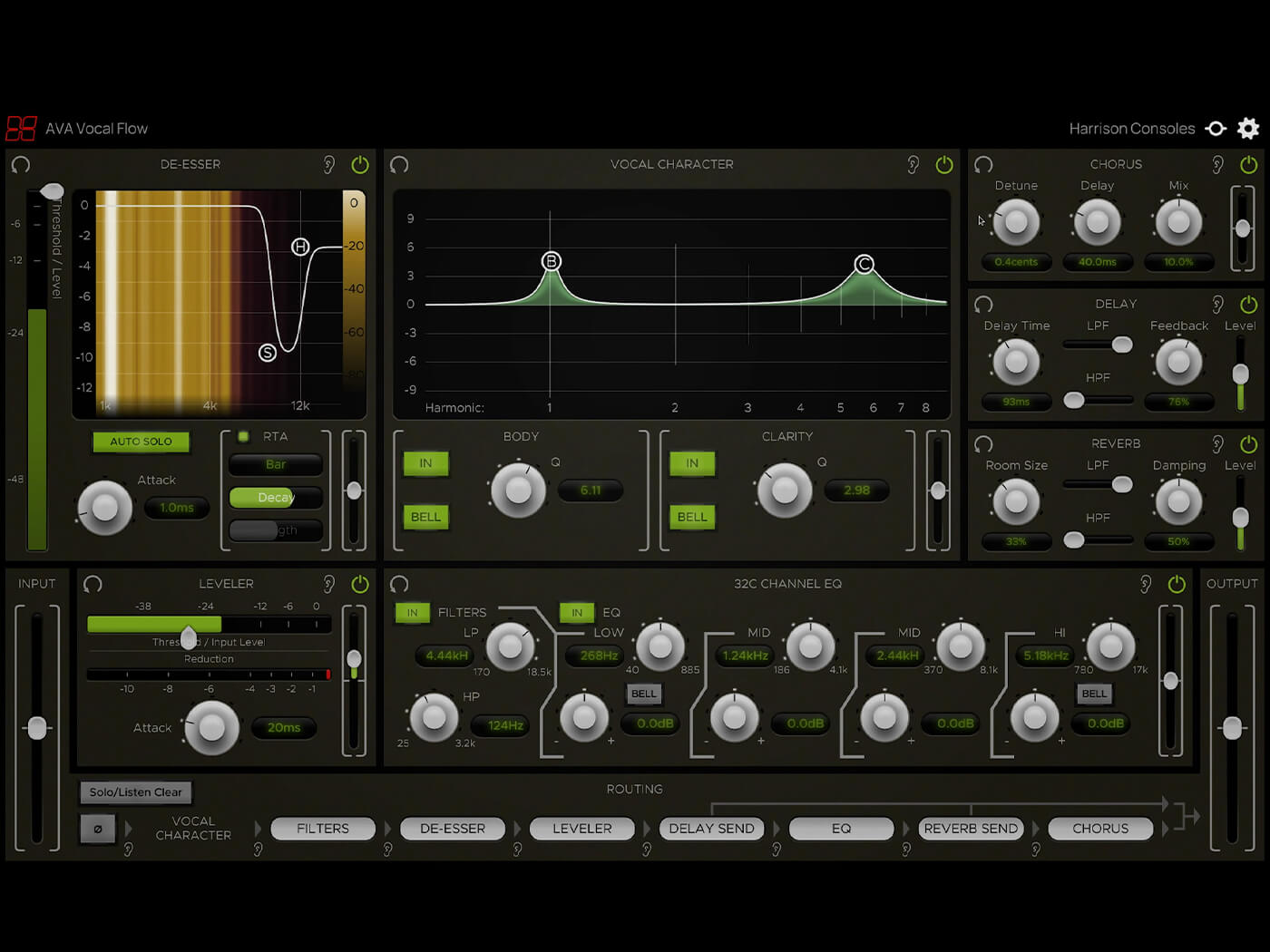 AVA Vocal Flow’s modules include two equalisers, a de-esser, two compressors, a vocal effects section, and a master section. While most of these can be reordered, the Master and Vocal Character modules, deemed as integral to the plug-in’s operations are locked in the chain.

Vocal Character sits at the front of the input chain, and is an “intelligent” two-band equaliser that shifts to match sung notes. It is designed to accentuate a band’s fundamental frequency (labelled Body) or harmonics (labelled Clarity). Harrison Consoles notes however, that because the plug-in analyses pitches on a chromatic scale, the EQ doesn’t quite excel on spoken word tracks.

The other equaliser on the plug-in is 32C Channel EQ, a more conventional four-band EQ with high and low pass filters. Its design is based on the channel EQ of the Harrison 32C Console.

You also get a trio of built-in effects, which are a chorus, delay and reverb. These can be independently positioned within the signal flow, and sport their own dedicated controls as well.

Finally, the Master Section is where you’ll find controls for signal routing, polarity inversion as well as input and output trims.

The plug-in suite runs on macOS 10.7 or higher, Windows 7 or higher and is available in VST, AU and AAX formats. If you want to try before buying, there’s a free demo available on the AVA plug-in installer, which includes all the Harrison AVA plug-ins.

Harrison Consoles AVA Vocal Flow is offered at an introductory price of $89 (usually $139) until September 6, 2020.