Can’t find your guitar tuner? Now, you can just Google it

Is there anything that can’t be solved by just Googling it? 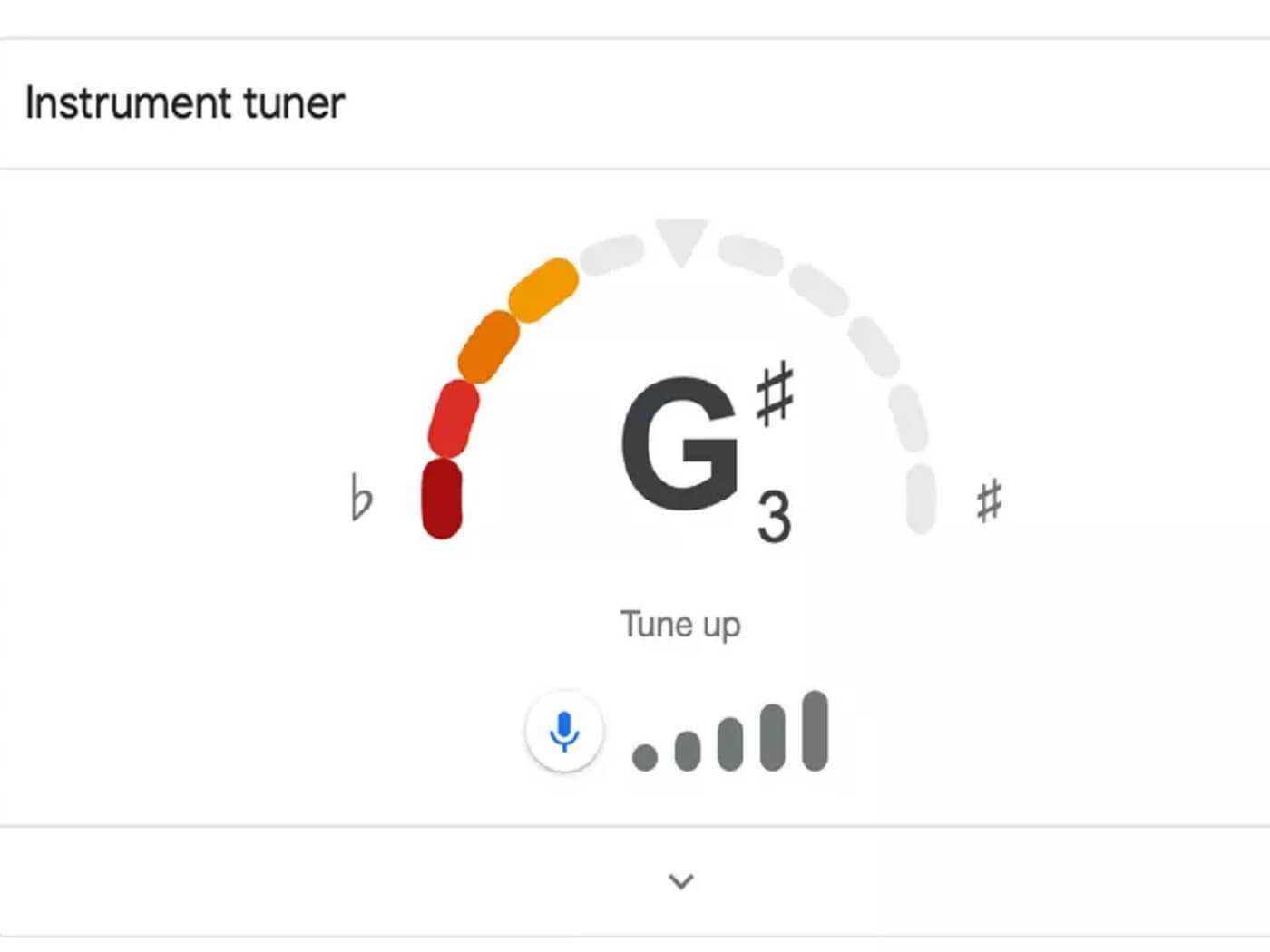 Losing a guitar tuner is a frustrating experience, and for the most part, this results in turning to Google to look for a new one. However, “Google it” just took on a new meaning for beleaguered guitarists, as Google Search now features a built-in chromatic tuner that uses your phone or computer microphone.

Searching “Google tuner” now brings up a tuner interface at the top of your search results, and getting it up and running just takes a tap of the microphone icon. The interface sports a clean and simple design, and picking a string will activate the tuner’s indicators, letting you know if you need to tune up or tune down accordingly.

While the feature isn’t entirely new to Google as Google Assistant does come with a built-in chromatic tuner, having a convenient feature just a search away means that losing your own tuner isn’t as big of a deal anymore. However, Android Police reported that performance may vary on different mobile phones, having tested the feature on both a Galaxy Z Fold3 and a Pixel 5a.

The Galaxy Z Fold3 required some hard strumming in close proximity for the tuner to work, while the Pixel 5a reportedly had no issues, so your mileage may vary according to the specs of the device you’re using. Desktop users will experience similar performance based on their microphones, so be sure to test it out to find out if your own microphone runs the feature smoothly.

While Google’s tuner probably won’t replace a proper chromatic tuner, having a viable alternative in a pinch will definitely alleviate any worries you might have the next time you can’t seem to find that little black box or don’t feel like busting out your pedalboard just to tune up.