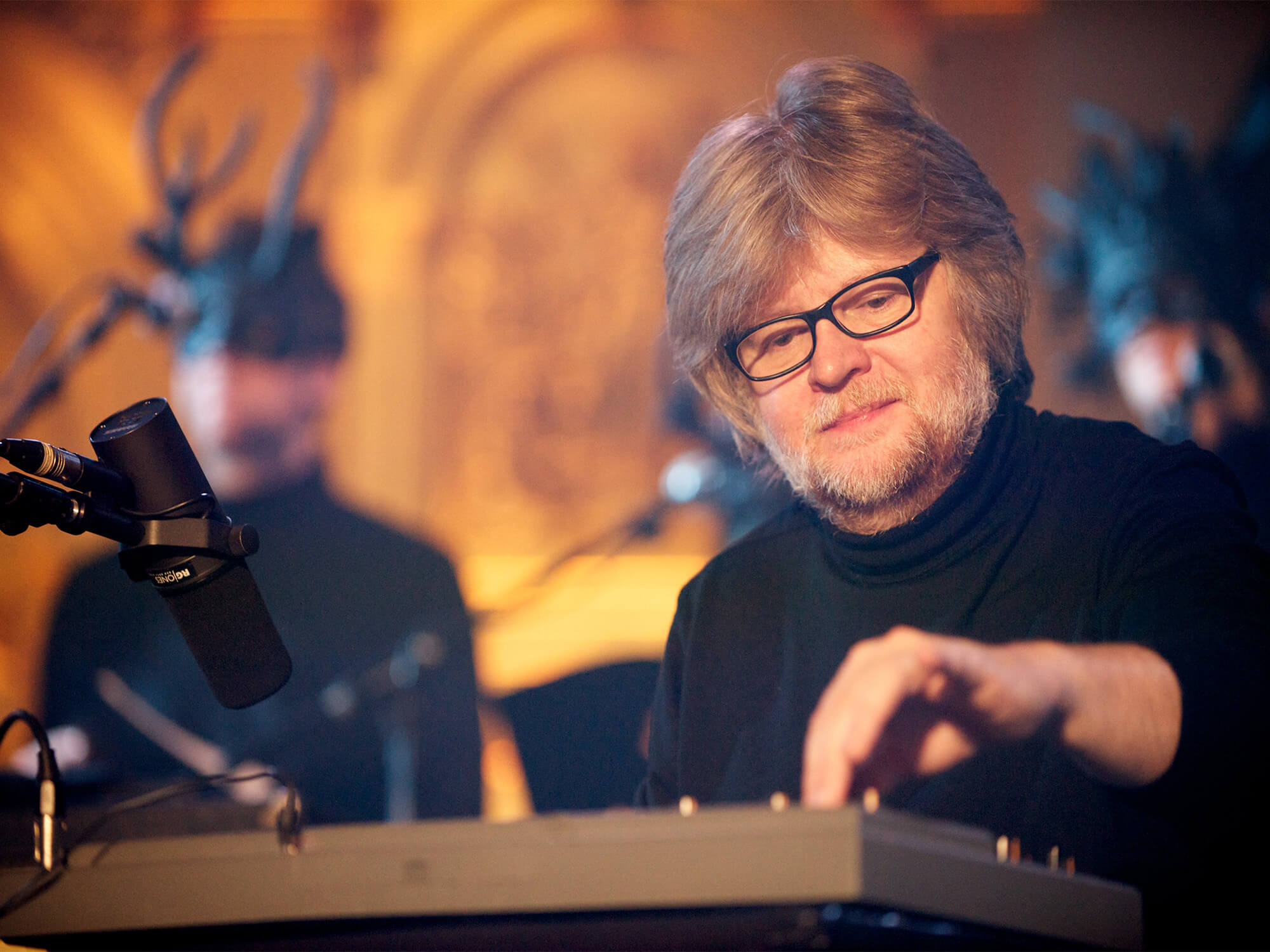 Composer, producer and one half of Goldfrapp, Will Gregory, has recently revealed his most-loved synths and his collection hosts some pretty impressive gear.

Goldfrapp rose to popularity with hugely well-known tracks Ooh La La and Strict Machine, where Gregory teamed up with Alison Goldfrapp for her soft and sultry vocals. Gregory has since made a name for himself in music production and has his own Moog ensemble which he originally formed in 2005 for a one-off performance of Wendy Carlos’s Switched On Bach. With it, he has since performed compositions old and new all over the UK and Europe. His collection of synths boasts vintage goodies, rarities and some modern offerings too.

In a recent chat with Sound On Sound on YouTube, Gregory gives a tour of his current studio space and demo’s some of his signature gear. Among his various instruments is an impressive rare gem: a Korg PS3300.

“It’s about the most over-the-top polysynth you could imagine,” He says. “because it’s got three polysynths and it’s totally polyphonic, three times. There’s 48 notes per synth… It will wobble in more ways than anything else I’ve got so it can sound very rich very quickly and because it’s [got] three [polysynths] you can pan them three ways. It’s got its own character.”

He says he got to a stage in synth design where the “holy grail” was “total polyphony”, adding that the problem with this was that nobody could afford them, leading to many synths like the PS3300 becoming rarities. He adds, “I think there are only 50 of them.”

In a previous chat with MusicTech, Gregory spoke of his love for his Minimoog Model D, and his performance of Switched On Bach, stating: “Switched On Bach was the perfect synergy between monophonic synthesizers and Bach the composer, [Carlos] coloured each strand of the melody with such an individual sound – you dive into the music and can see all the individual lines around you.”

He added, “What you’re listening to when you hear an oscillator is electrons shooting down a wire, that’s quite mystical. You could argue it’s more earthy, more fundamental in terms of the physics than anything else, even acoustic instruments. But also, it’s not man-made. What you’re hearing is something that is not fundamentally produced by someone blowing or plucking or scraping, you’re listening to something that is on an atomic level. And that’s exciting.”

In the Sound On Sound video, he also gives some demos of a Roland Jupiter-4, Electronic Dream Plant’s The Wasp, a Moog Polymoog Keyboard and more. You can watch the full video below: