“It’s so good to hear something that’s dear to my heart done properly in software.” 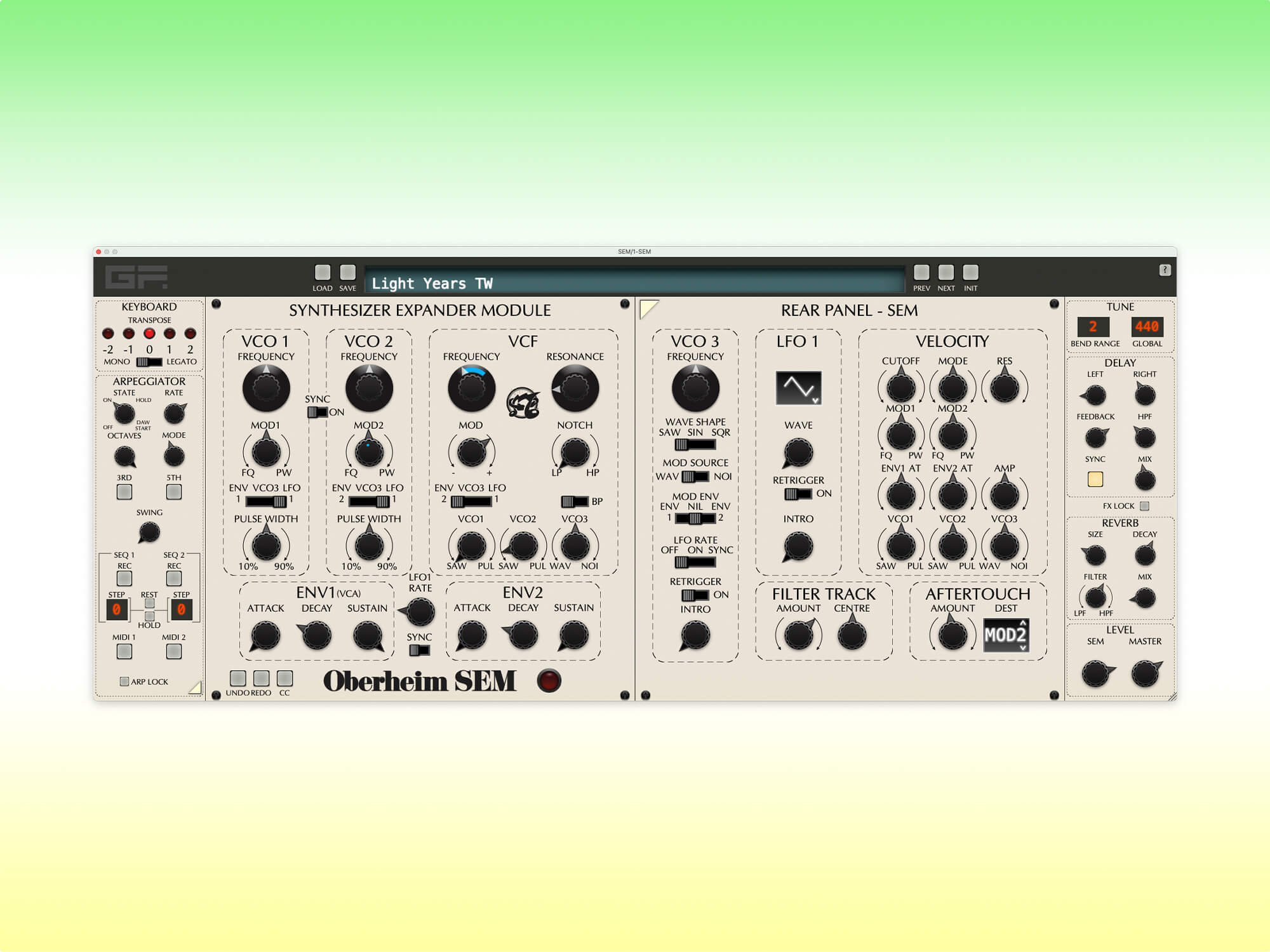 The virtual monosynth instrument replicates the hardware original, dubbed the model SEM-1, that was created by Oberheim in 1974. Tom Oberheim has approved GForce’s plug-in, which is an easy-to-use monophonic instrument that produces an iconic sound easily, respecting the “ethos of the original”, according to GForce.

The emulation has been emulated finely to replicate the original as authentically as possible, including its analogue imperfections. Its emulated features include its two VCOs and VCF section, as well as two envelopes, a filter track, LFO, and velocity. Users can also transform their sounds in an arpeggiator and lay out their synth riffs with its sequencer.

Speaking about GForce Software’s Oberheim SEM, Tom Oberheim has said: “It’s so good to hear something that’s dear to my heart done properly in software.”

Tom Wolfe has also commented: “The GForce SEM manages to be both simple to use, and yet diverse. It has been a continual source of inspiration for me, and the depth and quality of the sound have kept my creativity flowing whenever I sit down to use it.”

Oberheim SEM is compatible with Mac and PC at an intro price of just £29.99.

Learn more at at gforcesoftware.com.