The Icelandic company’s second product is designed for synth newcomers and pros alike. 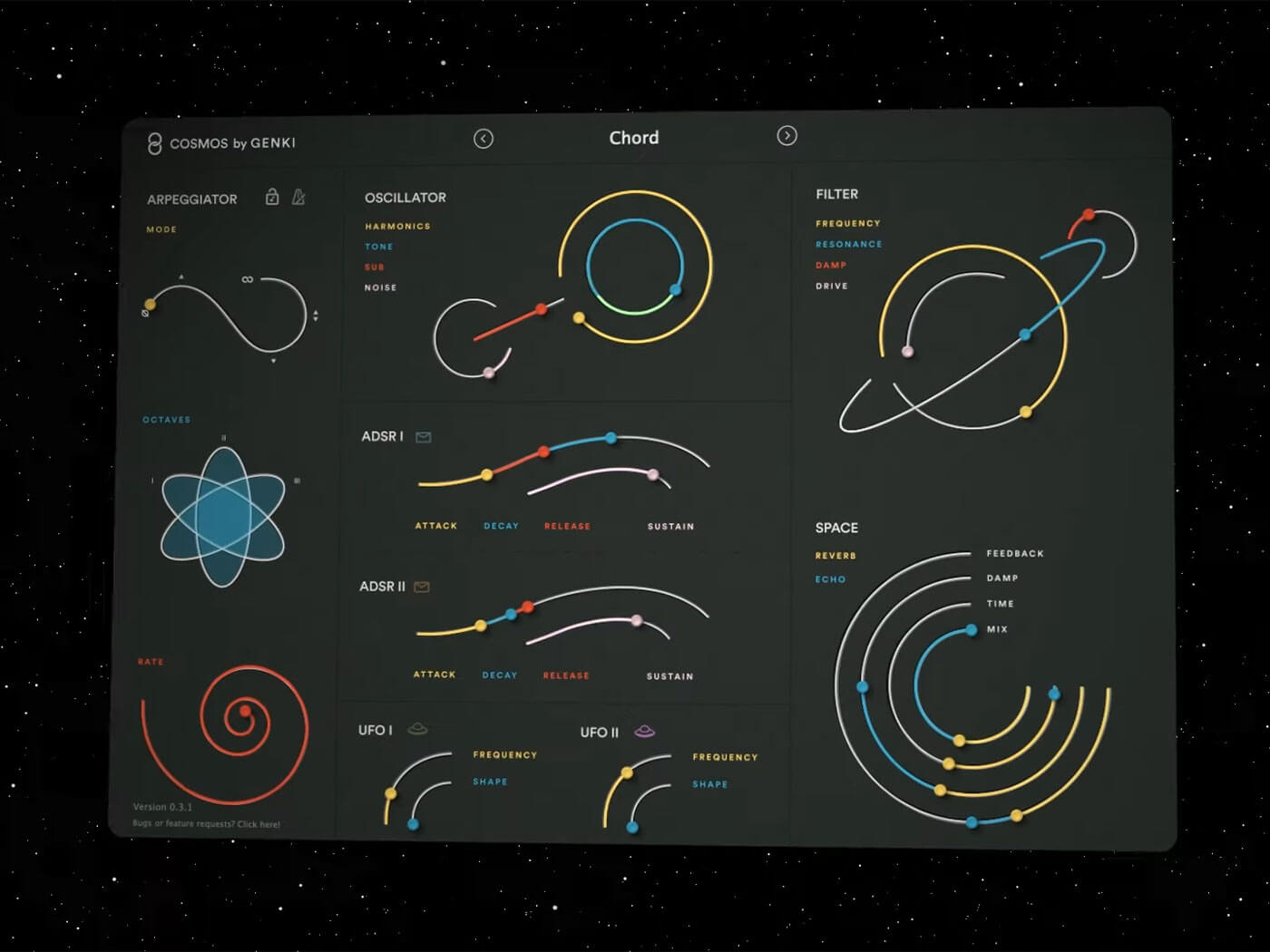 Icelandic developer Genki has launched Cosmos, a plug-in-and-play polyphonic softsynth with a playful interface that allows users to shape sounds by interacting with space-themed shapes. Designed to allow users of all skill levels to quickly and easily start making music, Genki describes the instrument as also being “a way to let musicians let go of their normal assumptions of what a synth looks like and explore new musical territory.”

Despite its accessibility and charming design, Cosmos promises to be a powerful instrument in its own right; offering eight-voice variable-shape polyphony (complete with sync, FM and sub), a drivable filter, multimode arpeggiator and two ‘UFO’s (that is, LFOs). It also boasts, what the company describe as “hand-built effects,” in the form of a lush reverb and echo.

“We made Cosmos out of love for happy accidents,” says Genki Instruments CEO Ólafur Bjarki Bogason. “It is specifically designed to be an inspiration machine, not just for synth buffs, but any musician who wants to create interesting sounds and sonic textures. The Cosmos is your playground.”

Check out a demo video below.

Cosmos is only the second product from the Reykjavík-based company, which made a splash in 2018 with their Wave smart ring, a wearable MIDI controller that could read a user’s hand gestures to shape sounds, control effects and send commands.

Available both as a VST3 and audio unit, and compatible with macOS and Windows 8+ computers, Cosmos currently retails at an introductory price of $69.99, after which it’ll retail at $139.99.