Fully MIDI and CV compatible, the upcoming launch can be used alongside preexisting keyboards, controllers and sequencers. 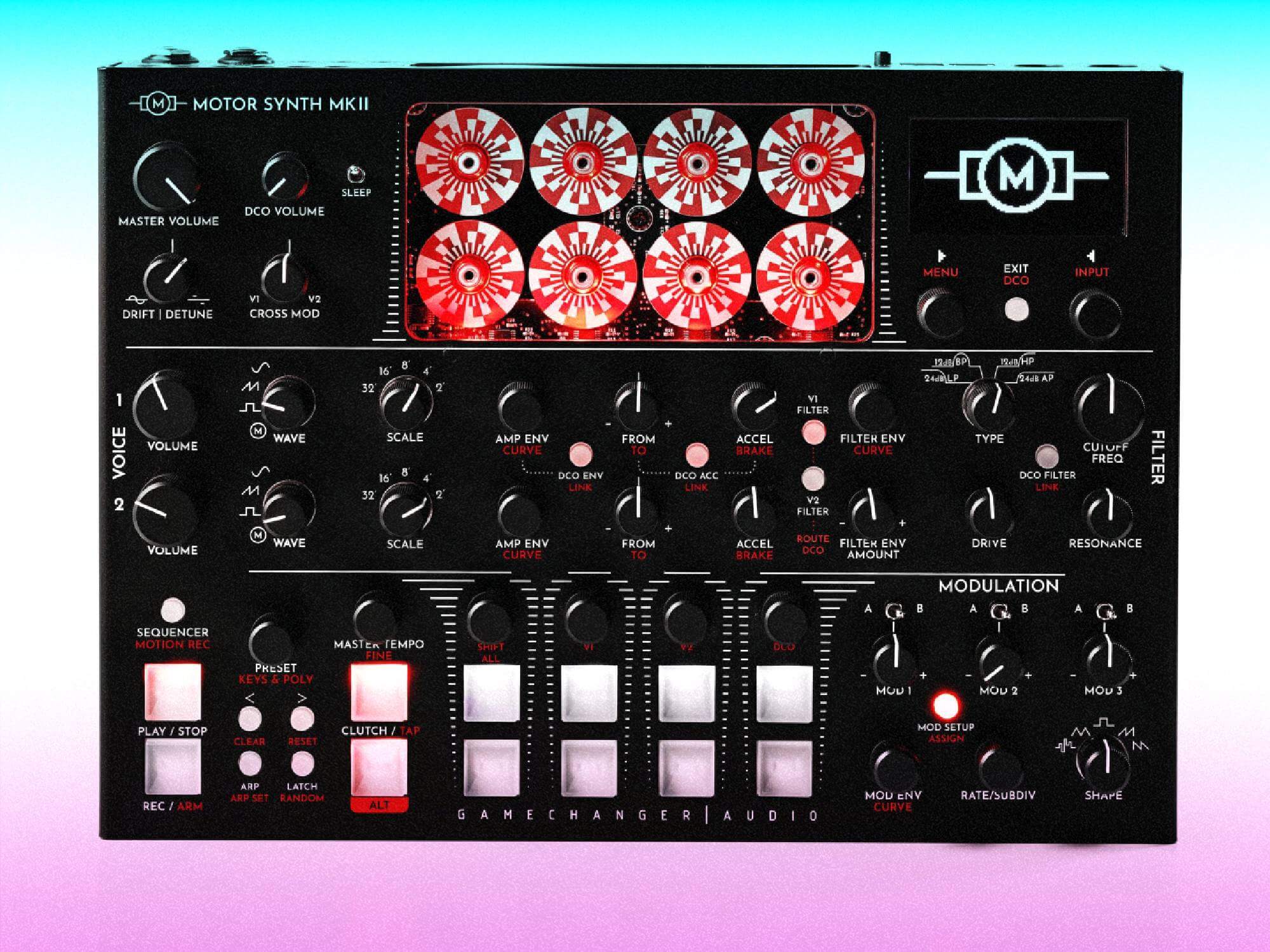 Following the crowdfunding campaign to aid with the manufacturing process launched in 2019, Gamechanger Audio has finally disclosed further information on the final prototype for its upcoming synthesizer: the Motor Synth.

In regards to how the synthesizer functions, the motor oscillators allow users to bounce between four distinct waveforms: sine, saw, square and the so-called M waveform. While the first three waveforms are generated through specially designed optical discs mounted to each motor shift, the latter uses electromagnetic pickups and rotating inner coils.

Using infrared technology and an “Optical Waveform” output designed exclusively for the Motor Synth, features of the upcoming release include two separate motor voices which can operate in mono, unison or in four-note polyphonic mode. These also contain four electromotor oscillators each and a set of controls to adjust volume, waveshape, scale and pitch.

In addition, the Motor Synth will also house separate multi-mode analogue filters, a configurable stereo output and an additional third voice that can be used either isolated or alongside the others.

Completely compatible with MIDI and CV, the latest development ensures to work effortlessly with a range of the keyboards, controllers and sequencers already owned by users.

Elsewhere, other specs of the new synth include a modulation section with three assignable LFOs, detune options to provide two kinds of effects and a built-in monophonic sequencer engine that allows for modifications to the pattern length, ratchets, micro-timing and probability.

Marketed as the World’s first electro-mechanical desktop synthesizer, the Motor Synth will be available for purchase later this year.

Further details about the unit can be found on Gamechanger Audio’s website.