Available for synth users and guitarists. 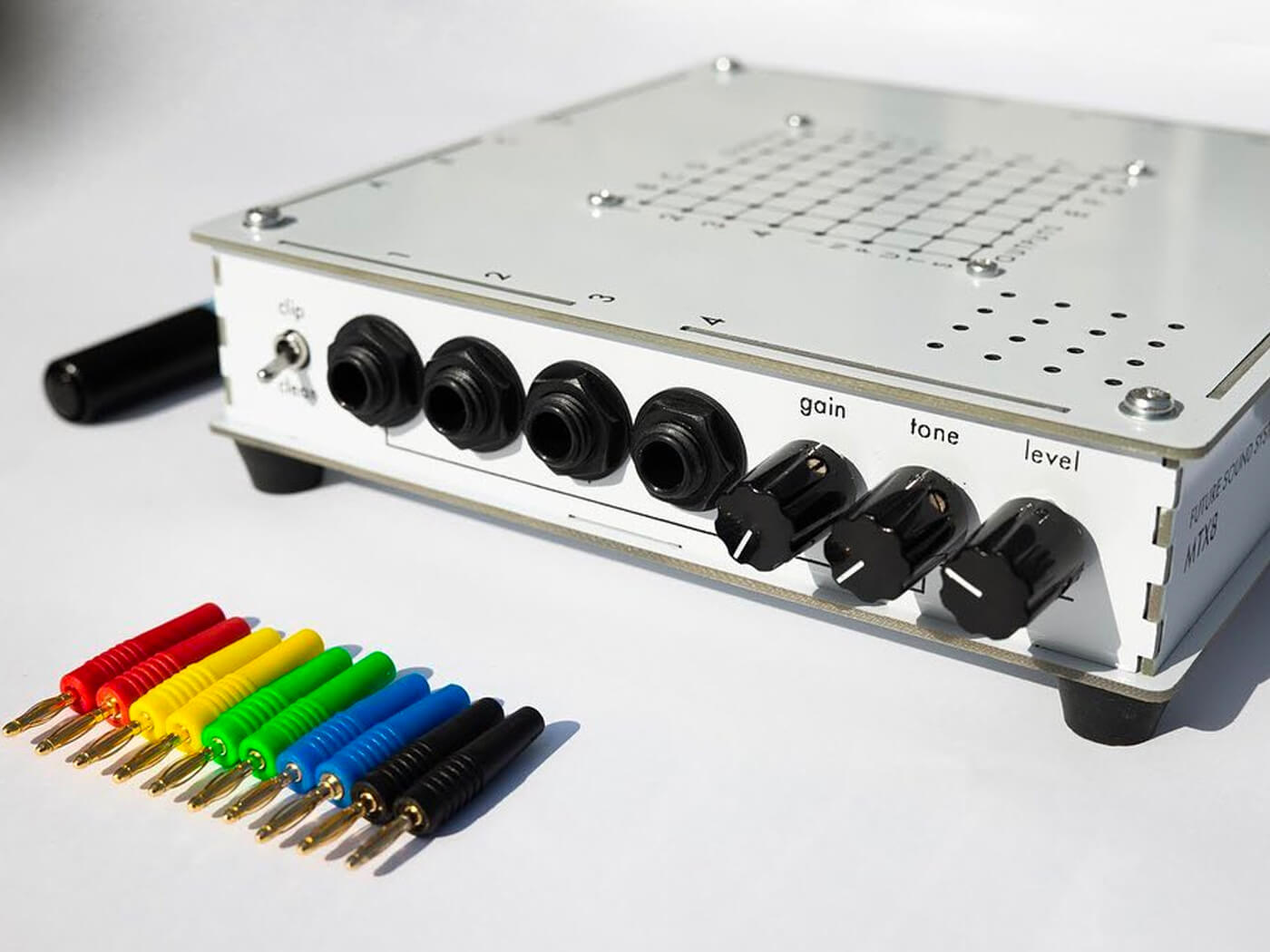 Future Sound Systems has announced the MTX8, a standalone pin matrix module designed as a signal routing hub for your studio setup. The module comes in both a standard version, as well as one especially designed for guitarists.

The MTX8 takes after the pin matrices more commonly found in non or semi-modular synths such as the EMS Synthi 100 and the Maplin 5600. This means that instead of making patches with cables as one normally would on a patch bay, connections are made by inserting a 2mm banana pin into a connection point. Inputs are numbered and ordered vertically, while outputs are alphabetised and ordered horizontally.

There are eight buffered quarter-inch inputs and outputs for your instruments, effects and other devices – making up a total of 64 connection points.

The major advantage of pin matrices is in the simplicity of splitting a single source to multiple outputs, and mixing multiple inputs to a single output. The process is fast, visual and not possible with a bog-standard pack bay. If you really wanted to, you could even route every input simultaneously to every output, although the MTX8 ships with 10 pins.

While the device is unbalanced, Future Sound Systems notes that it will pass balanced signals from two or three-pole jacks.

The main difference between the standard and MTX8 Guitar edition is that the latter has a built-in Tube Screamer-style preamp/overdrive on input one. This comes with a switchable clipping circuit and tone control for tone sculpting.

The MTX8 also features a dry-erase top panel, where you can label your different inputs and outputs.

The Future Sound Systems MTX8 standard and guitar are available now for £409 and £429 respectively.