Recreating the compression and tube-saturation characteristics of the original. 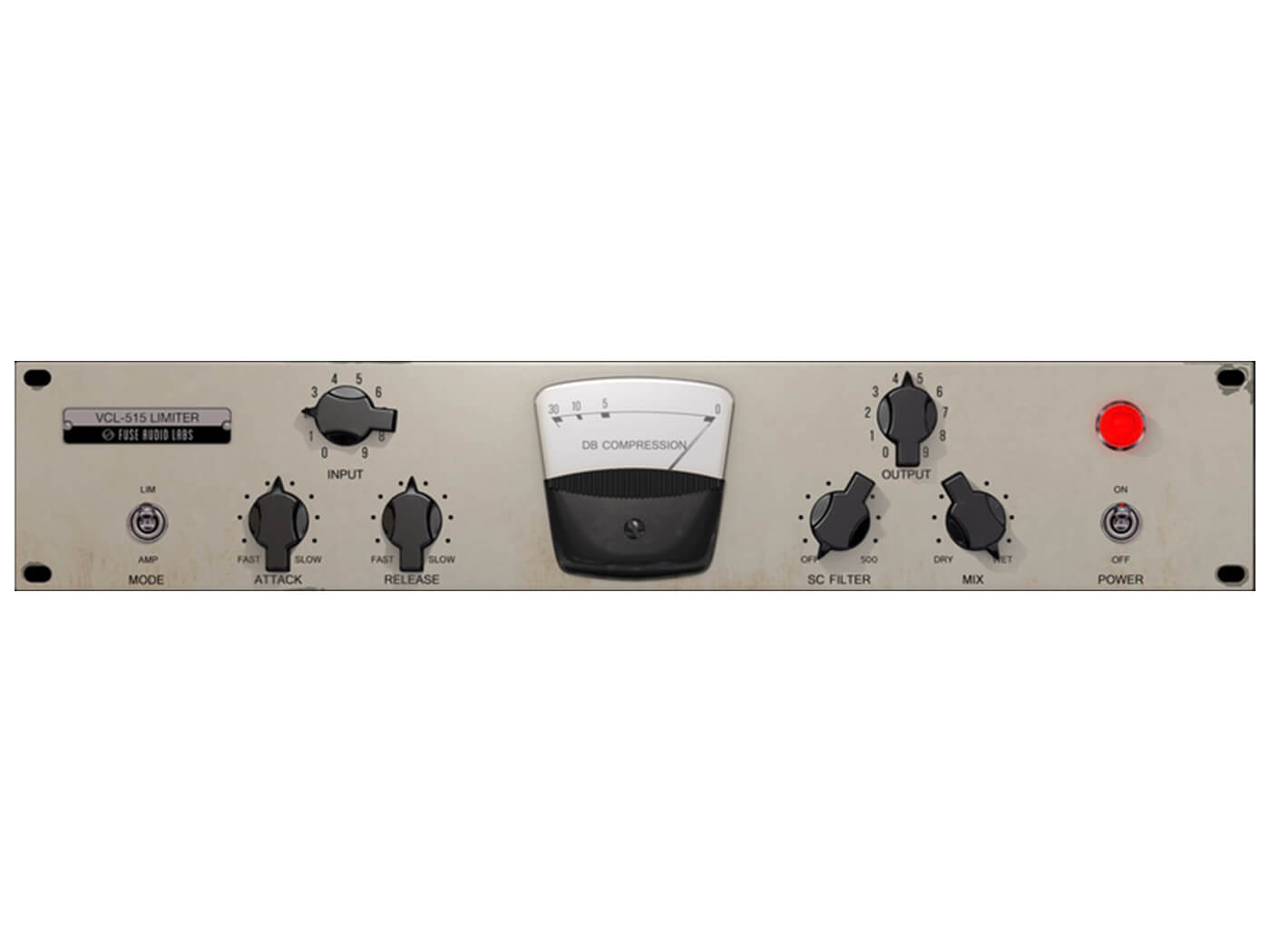 Fuse Audio Labs has launched the VCL-515, a software emulation of the revered Vari Mu tube compressor of the ‘60s – which was originally designed for use in US broadcast radio.

Designed to faithfully recreate – if not improve on its hardware counterpart, the VCL-515 recognises and emulates the warm characteristics that lie in the Vari Mu’s set of rarefied triodes and custom transformers.

The VCL-515 features a soft-knee type compression curve which, according to Fuse Audio Labs, “creates a huge yet relaxed effect which is perfect for embedding voices and instruments into a track in the most natural manner”.

The integrated mix stage of the plug-in also features an output level control – which lets music makers take advantage of the limiter’s subtle tube characteristics even without dialling in compression. Fuse Audio Labs describes this “unobtrusive tube saturation” as the “smooth and creamy thickness” which act as “the perfect glue” for tracks.

Available in VST, VST3, AAX and AU formats, music makers may purchase VCL-515 on Fuse Audio Labs’ website for an introductory price of $29 until 17 May – after which, it will list at $59. A 14-day trial is also available.