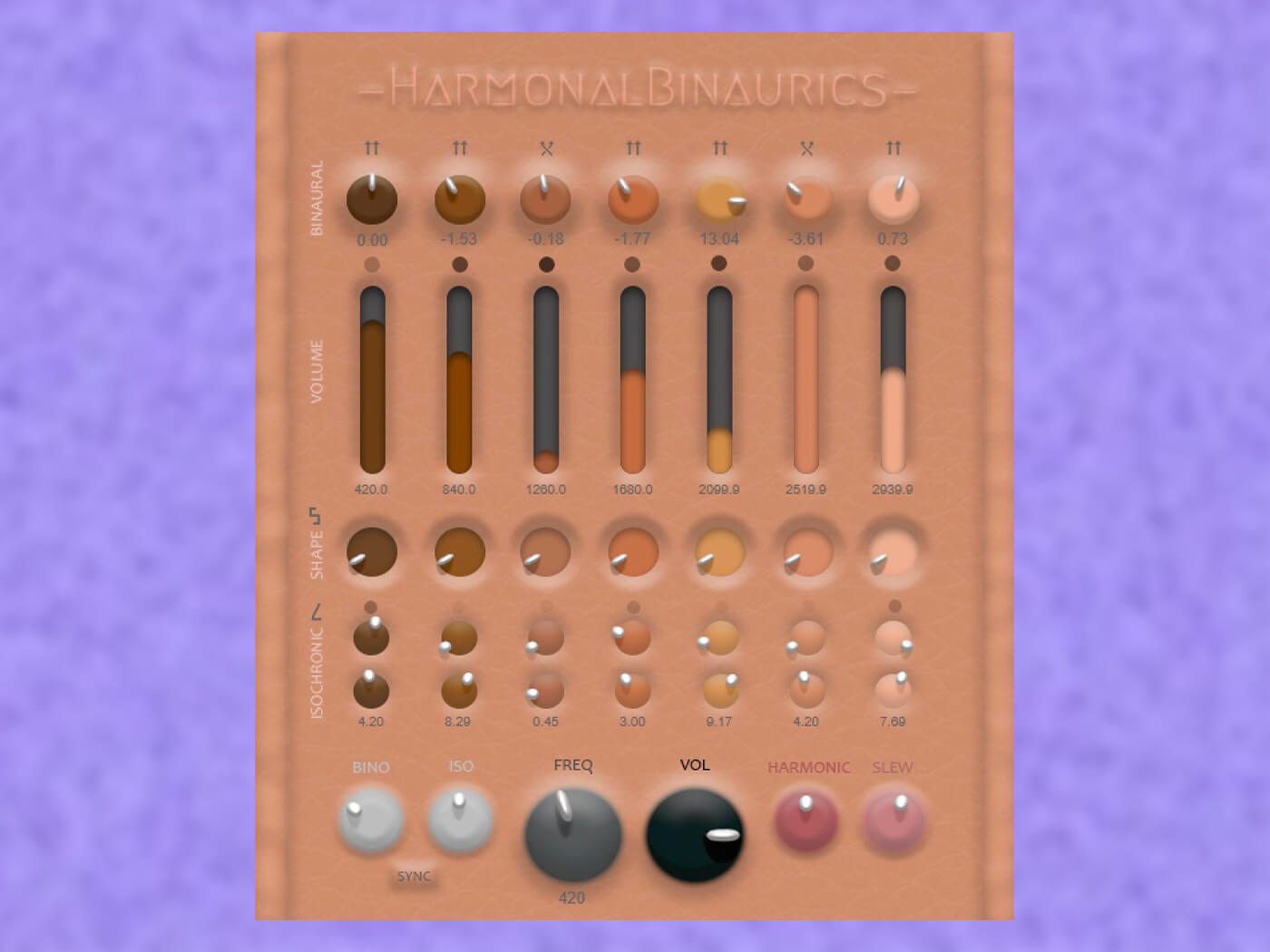 Harmonal Binaurics is a drone synth that plays off the wonderful world of auditory illusions for deep and trippy results. It’s the latest plug-in to arrive from Faded Instruments, run by Doron Sadja, an American artist whose work centers around modes of perception.

The instrument specialises in binaural beats and isochronic tones. The former occurs when two sine waves are presented to separate ears – the differences in frequency manifest into “wobbles” that occur psychoacoustically in your brain. Wild stuff.

Meanwhile, isochronic tones refer to rhythmic instances of a simple tone played in intermittent fashion. It’s often paired with binaural beats in a process called brainwave entrainment, widely debated to have either medical benefits, dangers, or do nothing at all.

It’s definitely an effect that’s best experienced rather than explained – suffice to say that it sounds cool and hypnotic. Harmonal Binaurics was designed to let you create the effect within a single plug-in.

You can also customise the effect by adjusting the frequency of the binaural beats and changing the envelope and tuning of the isochronic tones. And, there are seven channels of both elements to experiment with.

Check out an explanation of the plug-in from Sadja himself below: