“No need to think: just choose a scale and follow its illuminated path.” 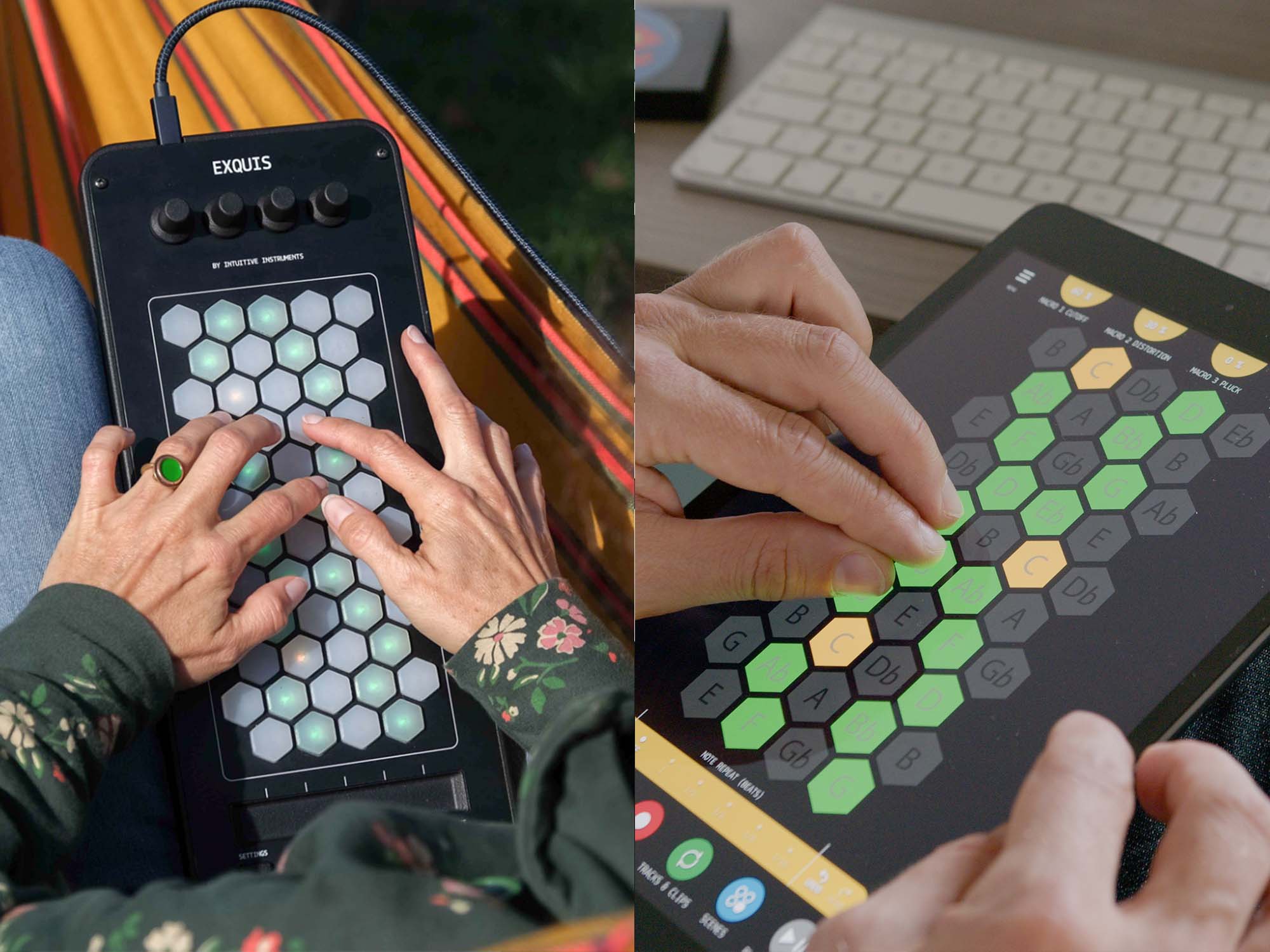 The MPE (MIDI Polyphonic Expression) controller has an original, intuitive layout consisting of hexagon pads with relative keys laid alongside one another to help with chord progressions, so users without knowledge of music theory can also make music quickly. This works alongside an accompanying app.

You can use the app, Exquis, to pick a scale, choose an instrument and then simply follow the pads lit with the same colours to quickly make a melody that works musically.

For example, as opposed to a standard keyboard layout, the controller instantly bunches keys that go together next to each other and displays the same colour so music theory novices can make melodies quickly. “No need to think: just choose a scale and follow its illuminated path”, Intuitive Instruments says in the Kickstarter biography.

The pads are also expressive and sensitive. For percussive elements of tracks, they’re firm enough to be hit like drum pads, Intuitive Instruments says, while they can also be pressed lightly in a softer fashion for longer phrases with sensibility. Also, each pad can be wiggled to create more expression. 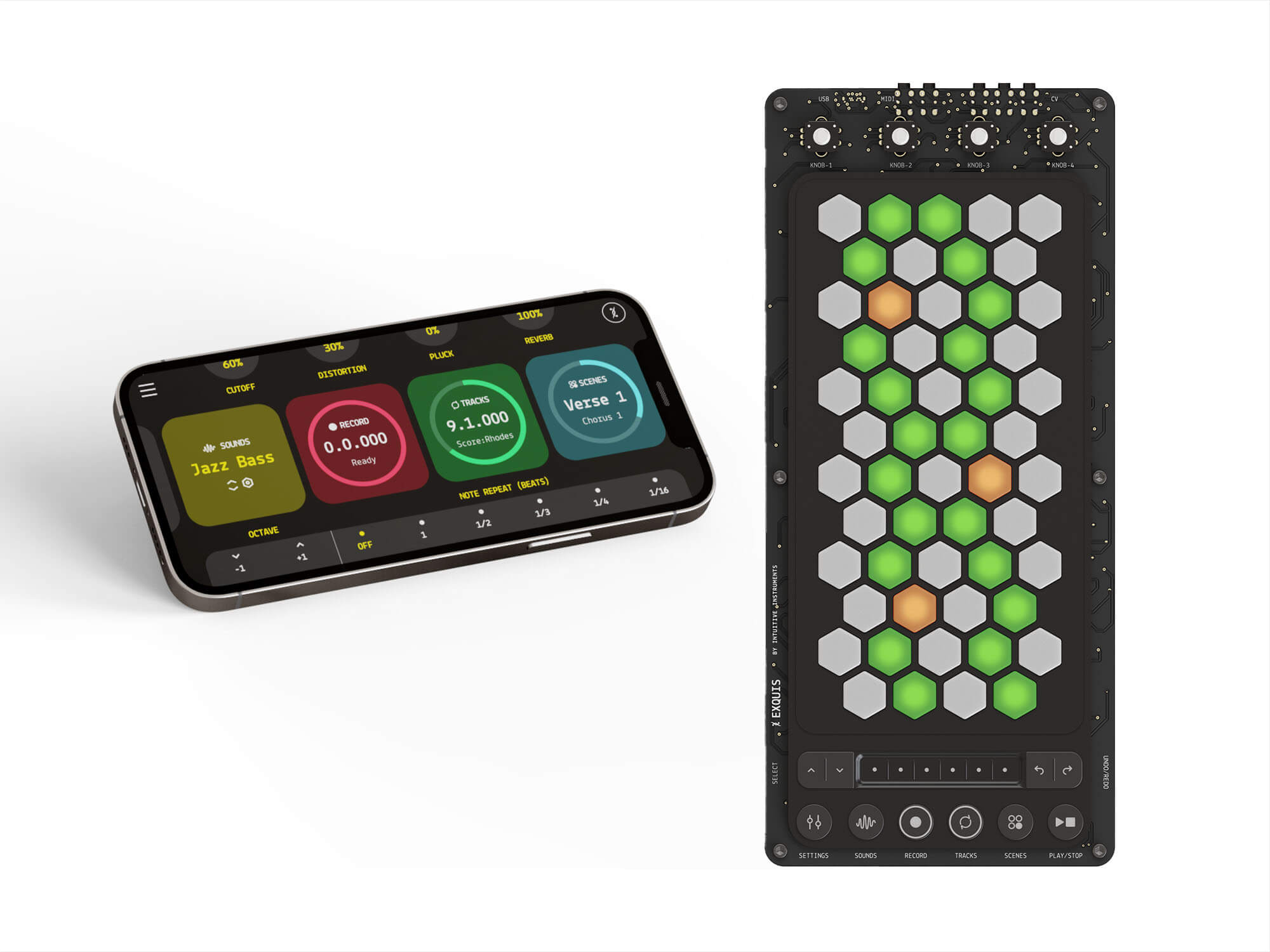 There are four potentiometers and a slider that can be used for effects or note/beat repeat. These can be mapped in the app. The Exquis can also be used on the app as a standalone product.

Also, underneath the slider, the Exquis has a record button, Settings button where you can set the tempo and scale, Tracks button, Scenes button and Play/stop button, that can be used in conjunction with the app.

As well as choosing from a range of instruments provided, you can import your own sounds.

Find out more about the Kickstarter and the Exquis at kickstarter.com