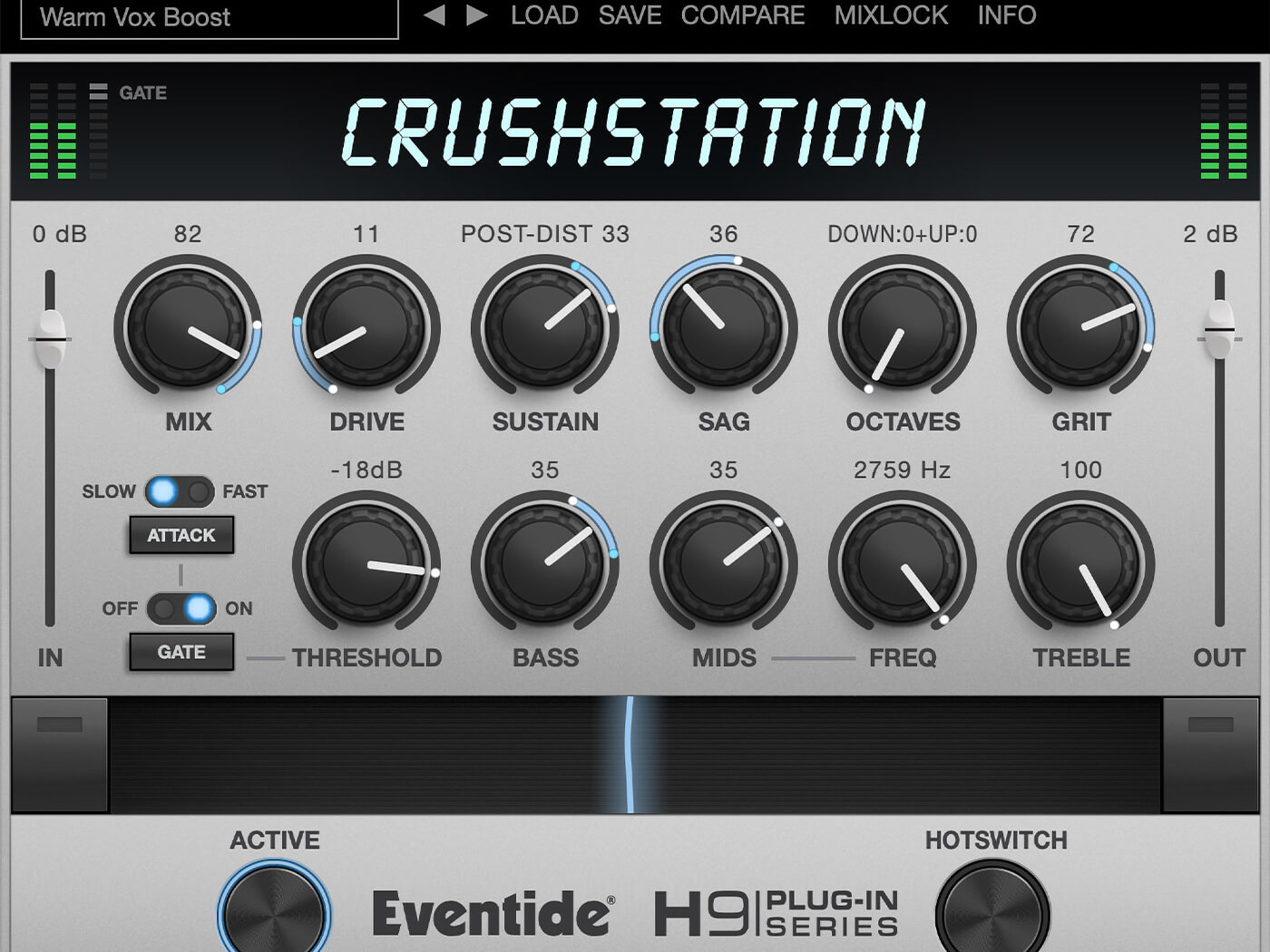 Superbooth 2020: Eventide has released CrushStation, a software distortion that optimizes the company’s H9 Harmonizer’s distortion algorithm for desktop and mobile platforms. In addition to its extensive drive controls, the plug-in comes with a sweepable ribbon expression, and several serviceable effects built in.

CrushStation’s main distortion controls consist of a drive knob that ranges from subtle overdrive to full-on distorted tones, grit and sustain knobs that take the signal into fuzz territory, and a wet/dry mix control for parallel processing.

The expressive ribbon strip is effectively a macro control that lets you sweep between two different settings, and sculpt a new one tailored for the situation. On desktop, this ribbon can also be linked to an external MIDI device, for more tactile morphs and sweeps.

Additionally, the plug-in offers a handful of supplementary effects such as a 3-Band EQ for tone sculpting, an onboard compressor with gate mode, octave mix controls. Perhaps the most intriguing is the ‘Sag’ control, which emulates the sound of “dying” analogue gear, causing the signal to sputter and cut out.

Eventide has supplied the CrushStation with a range of 35 presets, which should provide a quick jumping-off point when designing their own tones. And for fast tone comparisons, the ‘Hotswitch’ button allows A/B style switching between two settings within a preset.

CrushStation is available now in VST3/2, AAX, and AU formats for Mac and PC. Right now, it goes for an introductory price of $39, which will revert to its usual $99 price tag after 30 April.

The iOS version comes in AuV3, Standalone, and Inter-App Audio formats, and has an introductory price of $9.99, reverting to $14.99 after 30 April.