The Error Tron is built for a world of noise

This is a pocket-sized analogue synth that’s not built for your standard sounds. 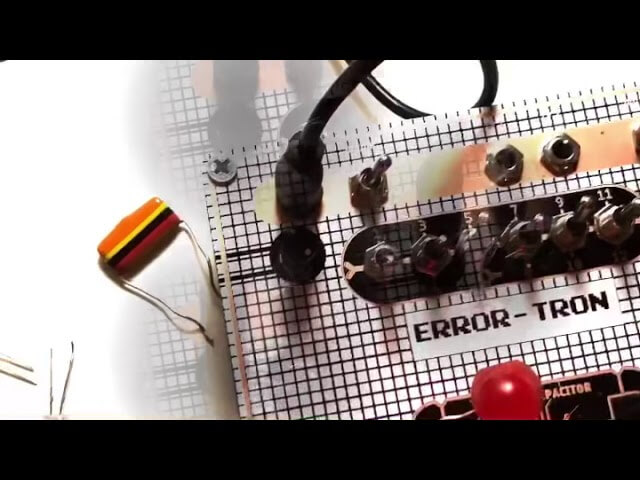 New from indie developer Error Instruments is the Error Tron, a pocket-sized analogue synth. As you would expect from the brand, this little box does not create standard synth sounds.

Inspired by the brand’s Tropical Noise module – an experimental oscillator built for Eurorack – the Error Tron is designed for creating “noise and soundscapes”. Unlike your everyday analogue synths, this nifty little box also features two patchbays that allows for experimentation with various components – that come included – like vintage capacitors, LEDs and light-sensitive sensors.

Because components are limited at the moment, Error Instruments has announced that only 20 synths have been made right now. Each Error Tron ships with a bag containing 10 capacitors – including Tropical and Special – 10 normal capacitors, three light-sensitive sensors and five LEDs.

Watch the quick demo above for more information.

Lists for €199. More information at errorinstruments.com.