“If you want to make money from what you create on Endlesss, we will give you that opportunity,” reads the service’s manifesto on their move to Web3 standards 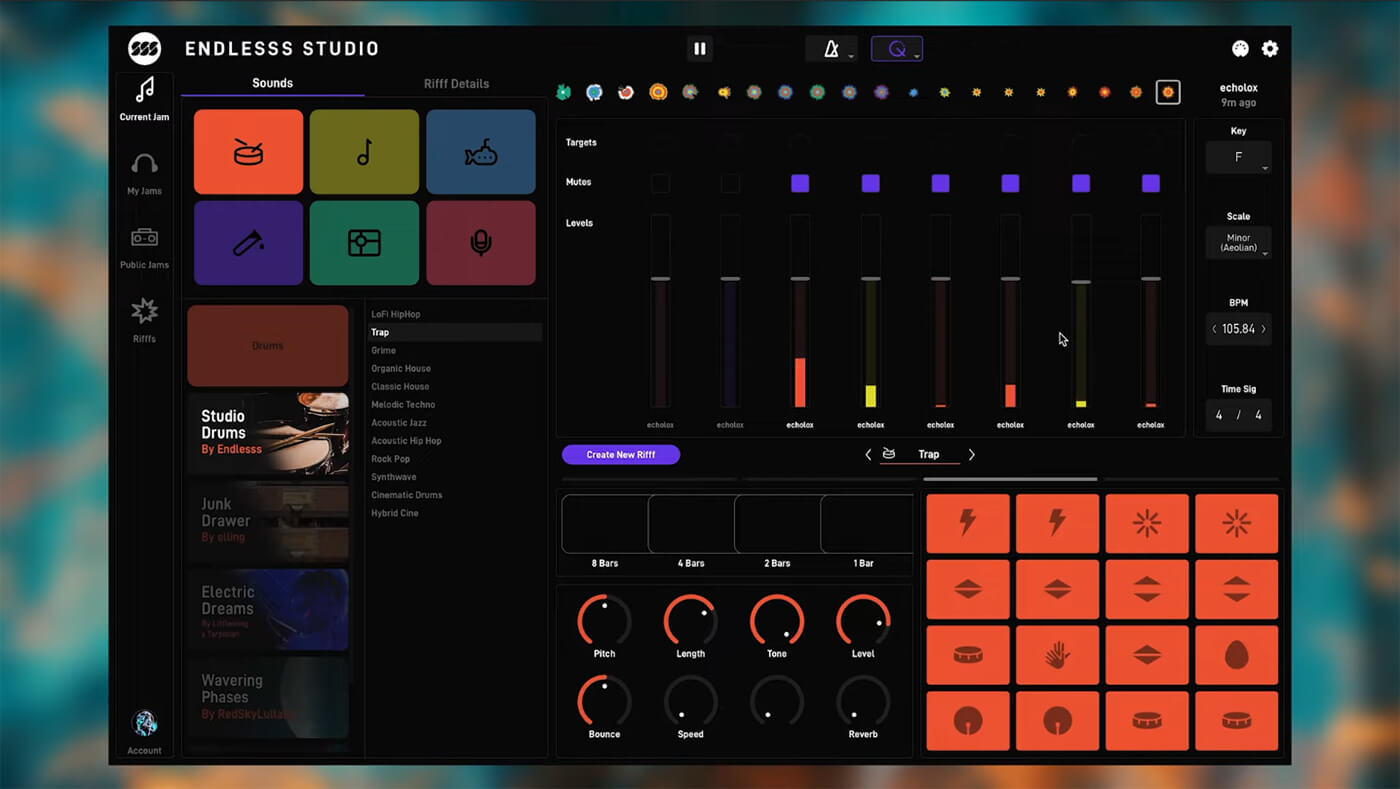 Artist and developer Tim Exile is removing the paywall on his popular collaborative online jamming app Endlesss in a move towards Web3/blockchain standards.

Endlesss, which lets users jam in real-time over the internet, arrived just in time for lockdowns last year and arrived first as an app before a desktop version launched this year. Both those versions are now free to use, and users will be getting free NFTs and tokens as part of the process.

In a blog post published on Endless’ website, the service described the transition as an opportunity for musicians to make money through the service, saying, “We’re building an economic model where we will only make money when creators who use the platform make money. If you want to make money from what you create on Endlesss, we will give you that opportunity.”

Endlesss will be creating a billion $ESSS tokens, 40 per cent of which will be distributed to customers, Kickstarter backers and top community contributors. The other 54.4 per cent will be held in reserve for use by community approval. The current 120,000-odd users of Endless will be able to claim a free NFT badge as well, regardless of participation.

We reviewed the Endlesss mobile app back in May 2020 and called it an “intuitive” app that “encourages you to experiment and commit to your audio”, unlike modern DAWs with unlimited redos. Endlesss eventually won our MusicTech Choice Award with its ease of use and speed, as well as the substantial polish that was put into its functions.