It will allow music-makers to jam with the full breadth of their production workstations. 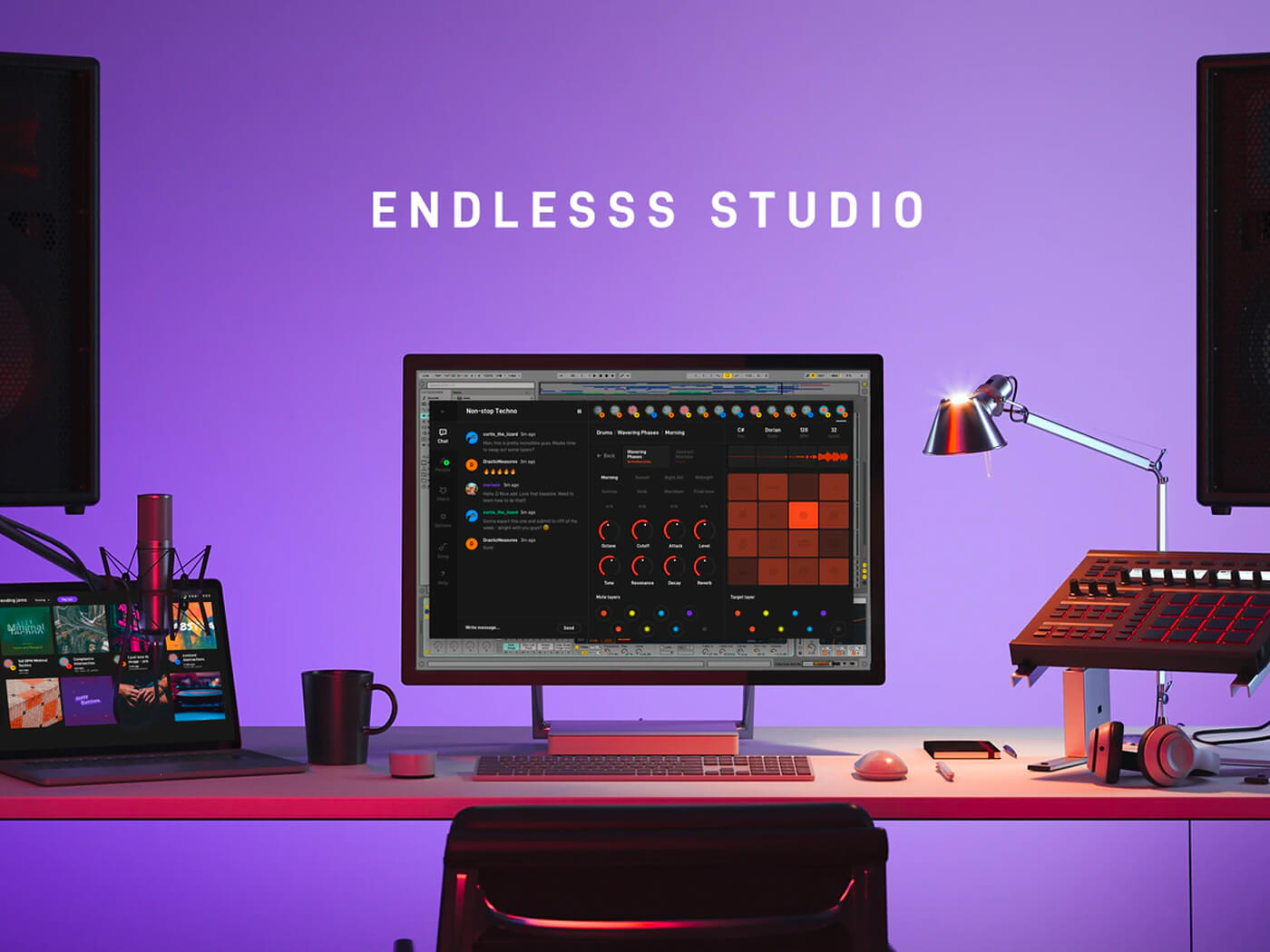 It was just a few months ago that Endlesss, the live music collaboration tool led by celebrated music technologist Tim Exile, launched for mobile platforms. Now, following a successful Kickstarter campaign – which reached its funding goal in an hour – the acclaimed app will be making its way to desktops.

Endlesss Studio is described as a “live collaborative music studio and social network” for macOS and Windows. It allows music-makers from across the globe to collaborate in real-time over the internet. The way it does this is by syncing jammers up to a global tempo, which keeps all musical information sent to a session summed up in a neat and tidy package.

With both standalone and VST/AU formats, music-makers will be able to run Endlesss Studio in their DAW of choice, and jam with the full breadth of their music production workstations. This could include virtual instruments and plug-ins, analogue equipment, or even acoustic instruments run through an audio interface.

The mobile edition of Endlesss has been lauded by artists and producers from the likes of Imogen Heap, Flux Pavilion, Pegasus Warning and Dan Le Sac. Many have noted the platform’s intuitive design, depth of control and approach to facilitating live musical collaborations as its strongest points. Read our full review of Endlesss here.

While a beta for Endlesss Studio is aimed for release in February of 2021, music-makers can pledge to its Kickstarter campaign now to receive the software at a reduced cost of £85. Other backer rewards also include instant access to the software’s prototype for £319.

Take a look at Endlesss Studio in action below.