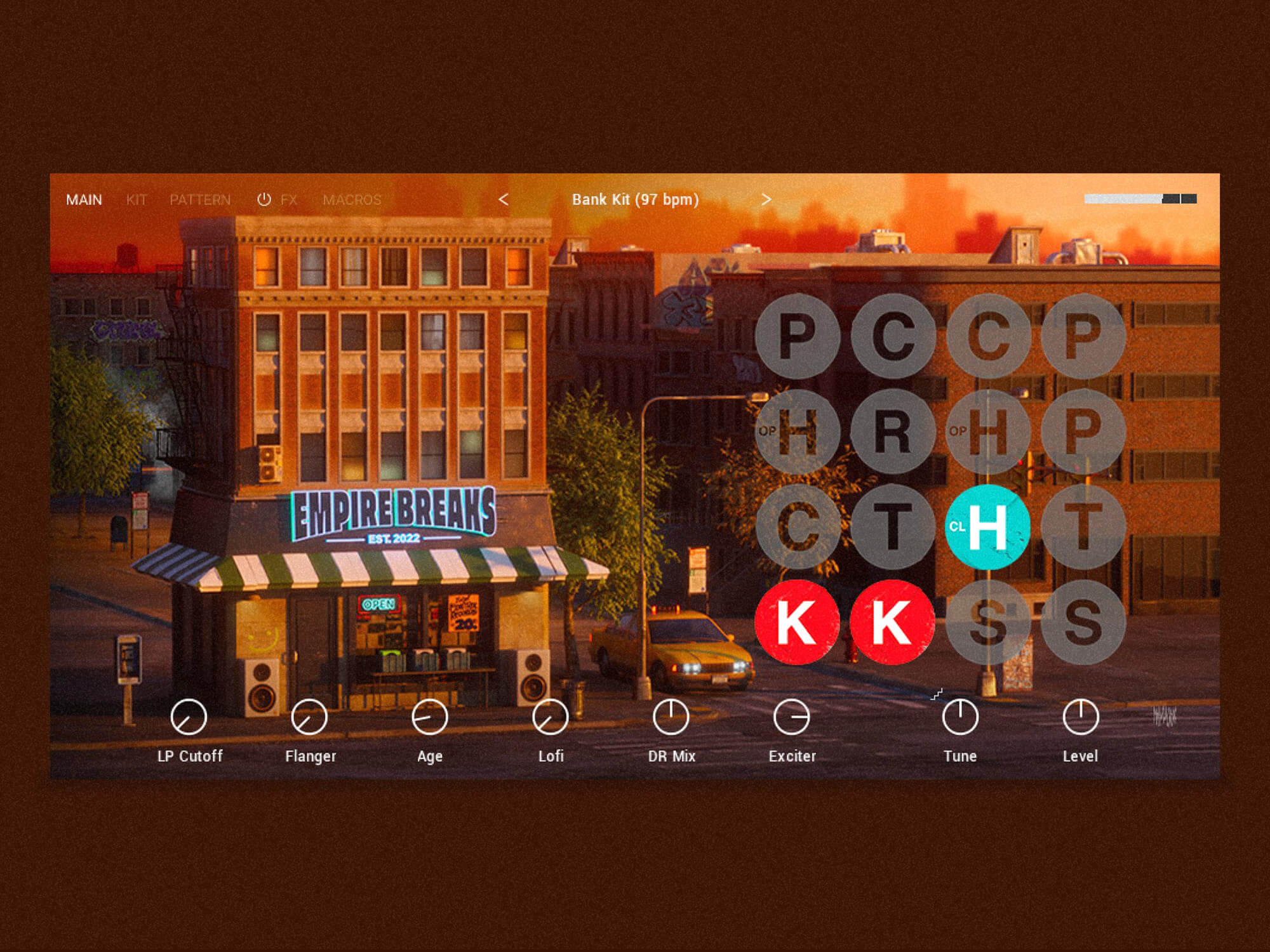 Native Instruments has released Empire Breaks, a KOMPLETE software instrument that captures New York’s essence, through both its selection of vintage drum sounds and its aesthetics.

With a 16-pad design that echoes the iconic signage of the New York City Subway, clean animations of cityscapes and an intimate laid-back city street scene in the background, the plug-in oozes character, promising, according to NI, to capture the “golden era” of hip-hop.

Asides from the look and feel of the interface, Empire Breaks contains 247 drum sounds and 30 drum kits, including classic boom bap kicks, snares and hats processed with classic gear to give a vintage feel. It also includes bass, orchestral sounds and jazzy piano key stabs for layering up harmonic material.

You can blast beats out live or choose from a range of custom-made patterns all including sounds from the old-school hip-hop era in late 80s and 90s. In total, there are 480 groove patterns that can be edited in your DAW with MIDI drag and drop. You can then re-arrange and add to sequences and add manipulative features such as swing using the instrument’s macro controls. 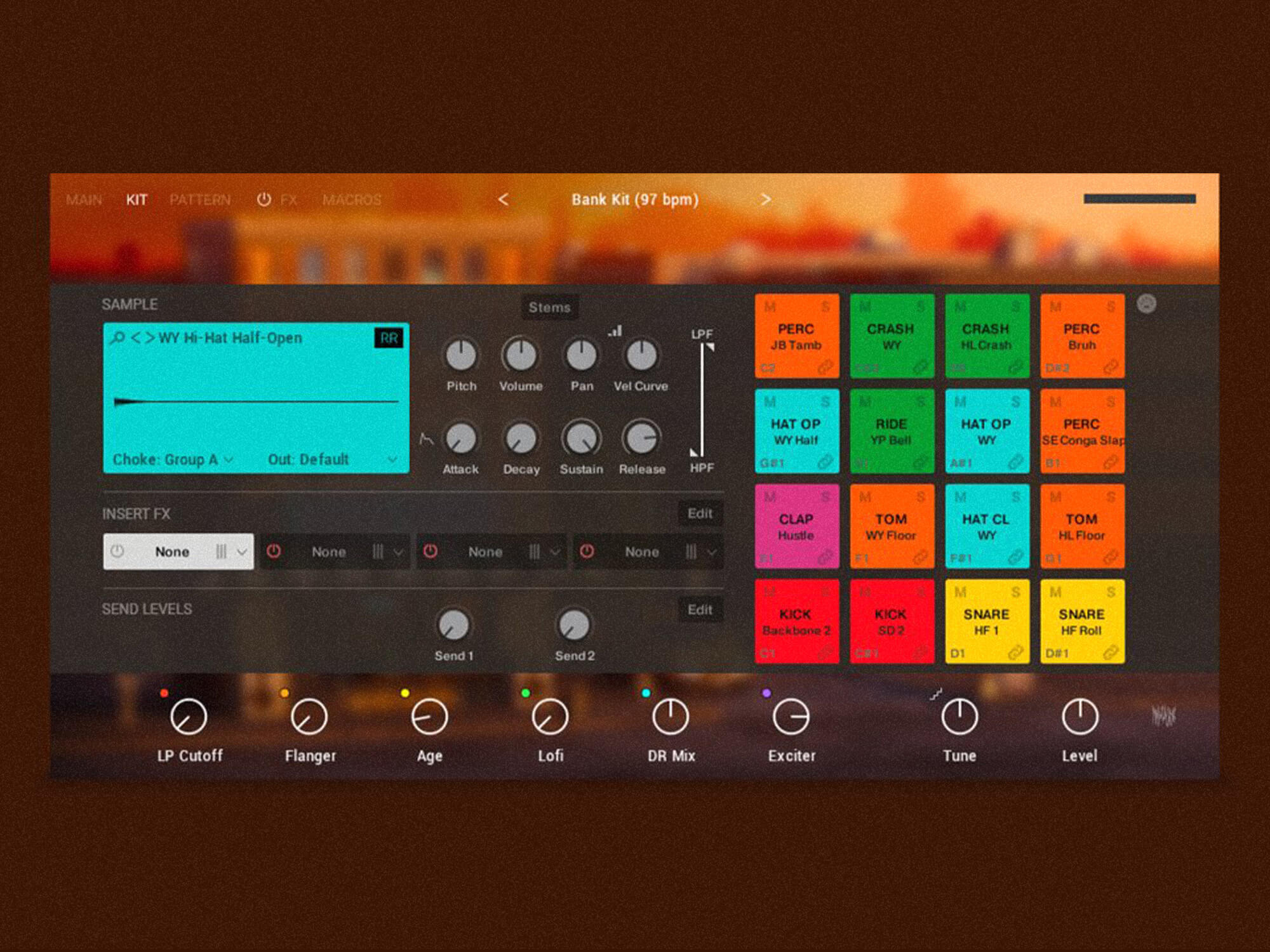 Each sample loaded onto the 16-step pads can be chopped up, with the option to edit the attack, decay, sustain, release, pitch, volume, pan and velocity curve. NI also provides a range of easily-accessible effects such as a low-pass filter and flanger – there’s even an Age knob to affect the vintage feel of a sample. Up to four effects can be added for each sample.

Overall, there is an effects chain of six effects, but these can be swapped out for any of the other KONTAKT effects provided.

Empire Breaks is part of NI’s Play Series and – as with other Play instruments – packs in a bunch of useful presets. The instrument is compatible with the latest version of the Kontakt player or with Kontakt.

Check it out at native-instruments.com.