Elektron adds Song Mode to its Digitakt, Syntakt and Digitones

The fresh OS update also adds features and bug fixes to Syntakt, Digitakt and the Digitones. 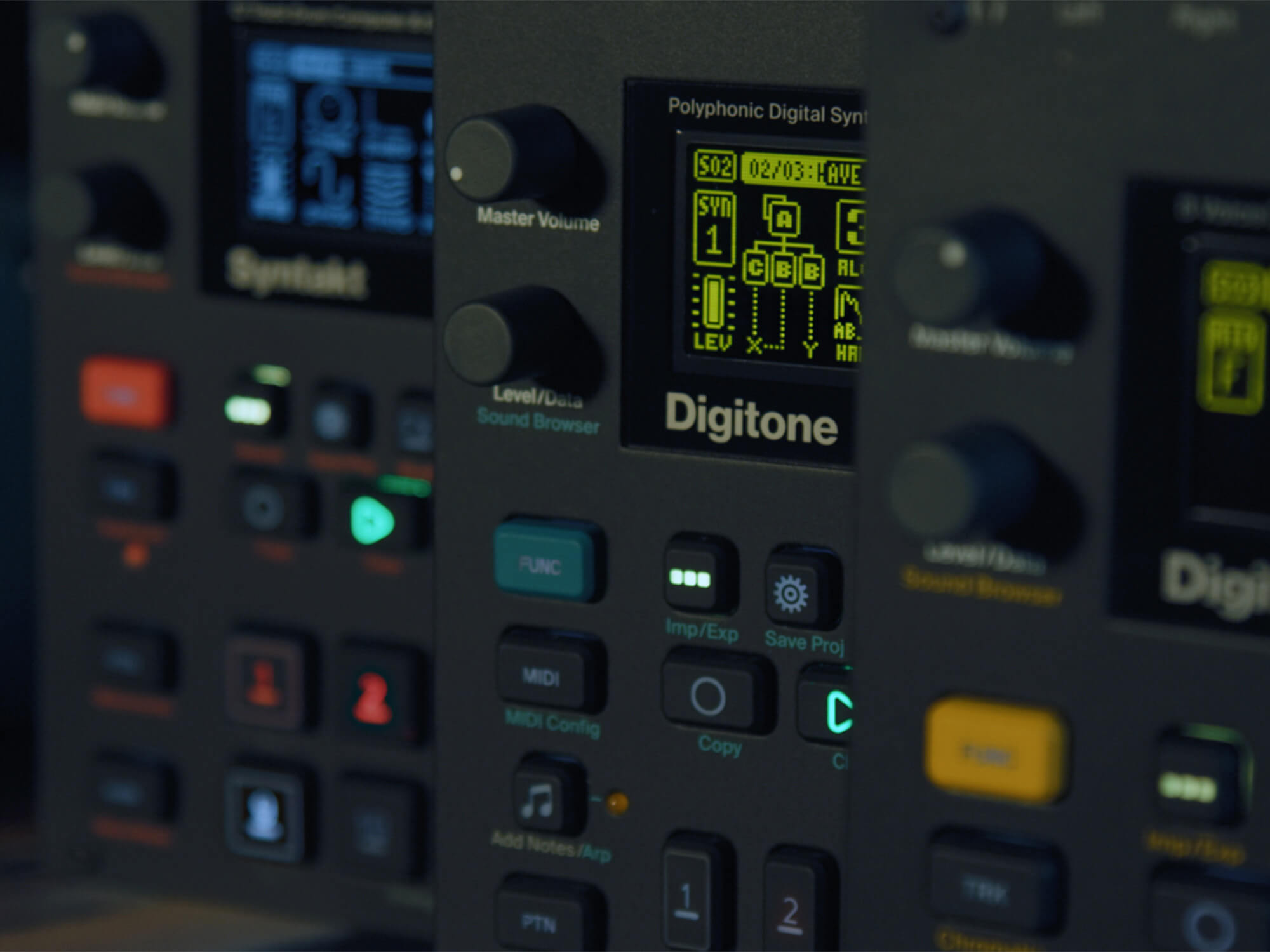 Elektron has prepared an OS update for its Digitakt, Syntakt, Digitone and Digitone Keys, which adds a long-awaited Song Mode, amongst other performance features and bug fixes.

Song Mode lets music-makers create, edit and perform compositions built from “dozens of patterns” – it’s an opportunity for instrumentalists who play ‘hot potato’ with their gear to go hands-freer.

“It’s fair to say that Song Mode has been a somewhat generously requested addition to the Digi Trinity, and we’re delighted to bring this powerful feature to those machines,” Elektron said in a blog post.

Some ways Song Mode can be deployed: Create a flexible backing track; perform an entire set from a single song bank, or turn your Elektron device into a powerful external MIDI sequencer.

Elektron added: “There are also plenty of creative tricks to explore as well, ensuring that hitting play is only the beginning of Song Mode’s potential.”

Some other useful features landing on the Syntakt in the update include portamento, legato and global FX/Mix. Meanwhile, the Digitakt, Digitone and Digitone Keys are getting Keyboard Fold and additional scales.

Elektron has dropped – and is continuing to drop – bite-sized tutorials showcasing Song Mode’s potential. If you’re more of a hands-on learner though, you’ll be pleased to know the OS update is available right now, at no cost.