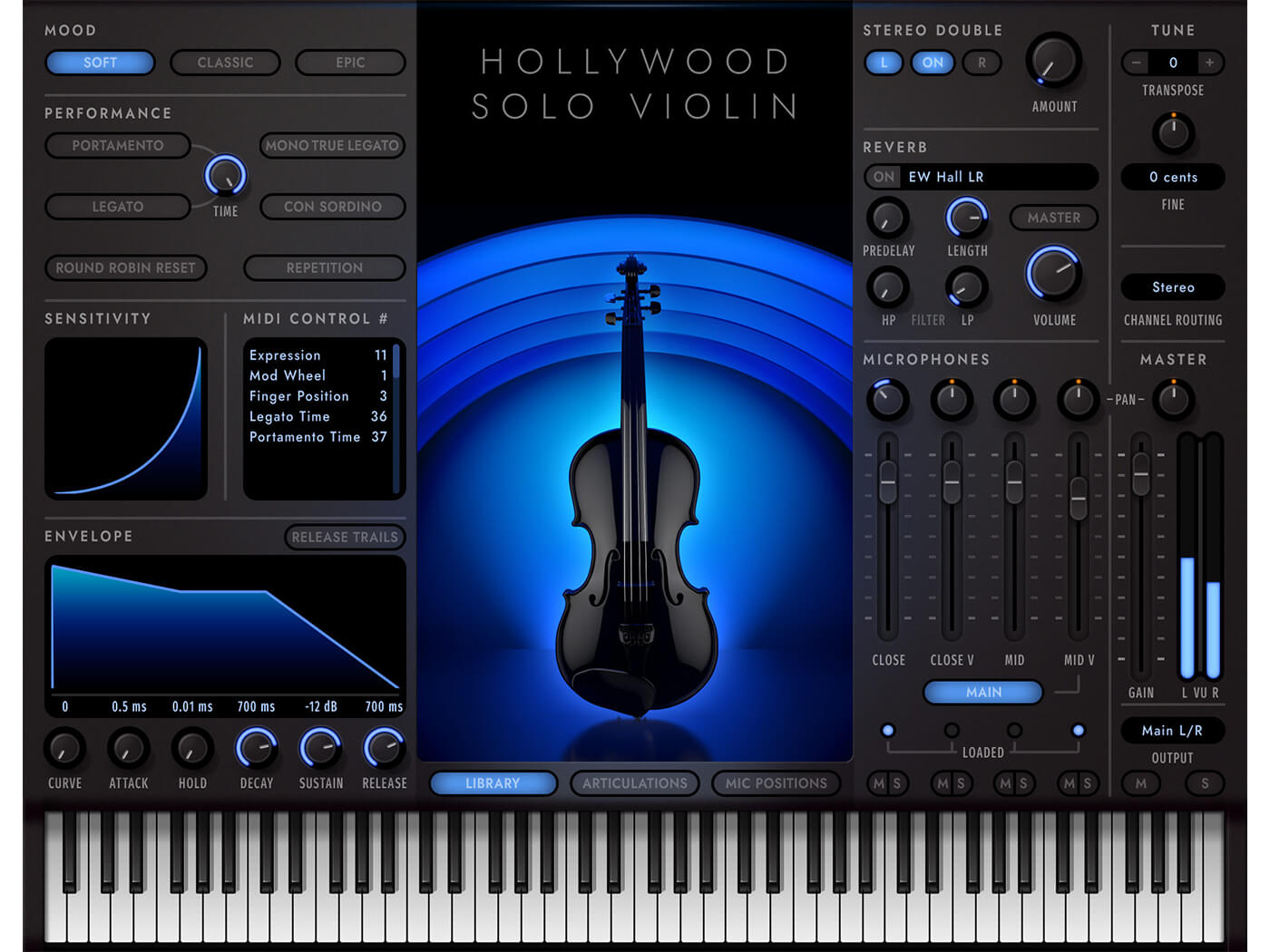 New instruments include an 18-piece violin section recorded with all-new players, said to bring a different sound and vibrato from the original library’s first 16 violins. EastWest also says the library’s legato is “the best” it’s ever recorded.

The latest additions to brass include two new tenor trombones and two new trumpets. The latter is described to have a vibrato that closely mimics that of a live performance.

New woodwind ensembles have also been recorded: three bassoons, three clarinets and three flutes. These are said to capture the “the tuning of a large orchestra playing together in a live setting.”

Central to the new edition is the Opus software engine, developed with Wolfgang Kundrus (mastermind of Cubase, Nuendo and Studio One) and Wolfgang Schneider (creator of Kontakt).

The engine’s big feature is Moods, which lets you customise the stylistics of each instrument to one of three moods. Soft adapts sounds to slower and more emotive passages, while Epic highlights the power of a live orchestra. Meanwhile, there’s Classic, which offers the original feel of Hollywood Orchestra.

Hollywood Orchestrator is a new companion arrangement tool included with Opus edition and lets you write across different instruments with a step editor. For a quick start, it also includes 400 presets with instrumentations to match different styles and moods.

Hollywood Orchestra Opus Edition – along with all 67 previous instrument collections – is available now to ComposerCloud Plus subscribers ($299 annually).