Module’s developer calls it a “wizard in a cave in a box”. 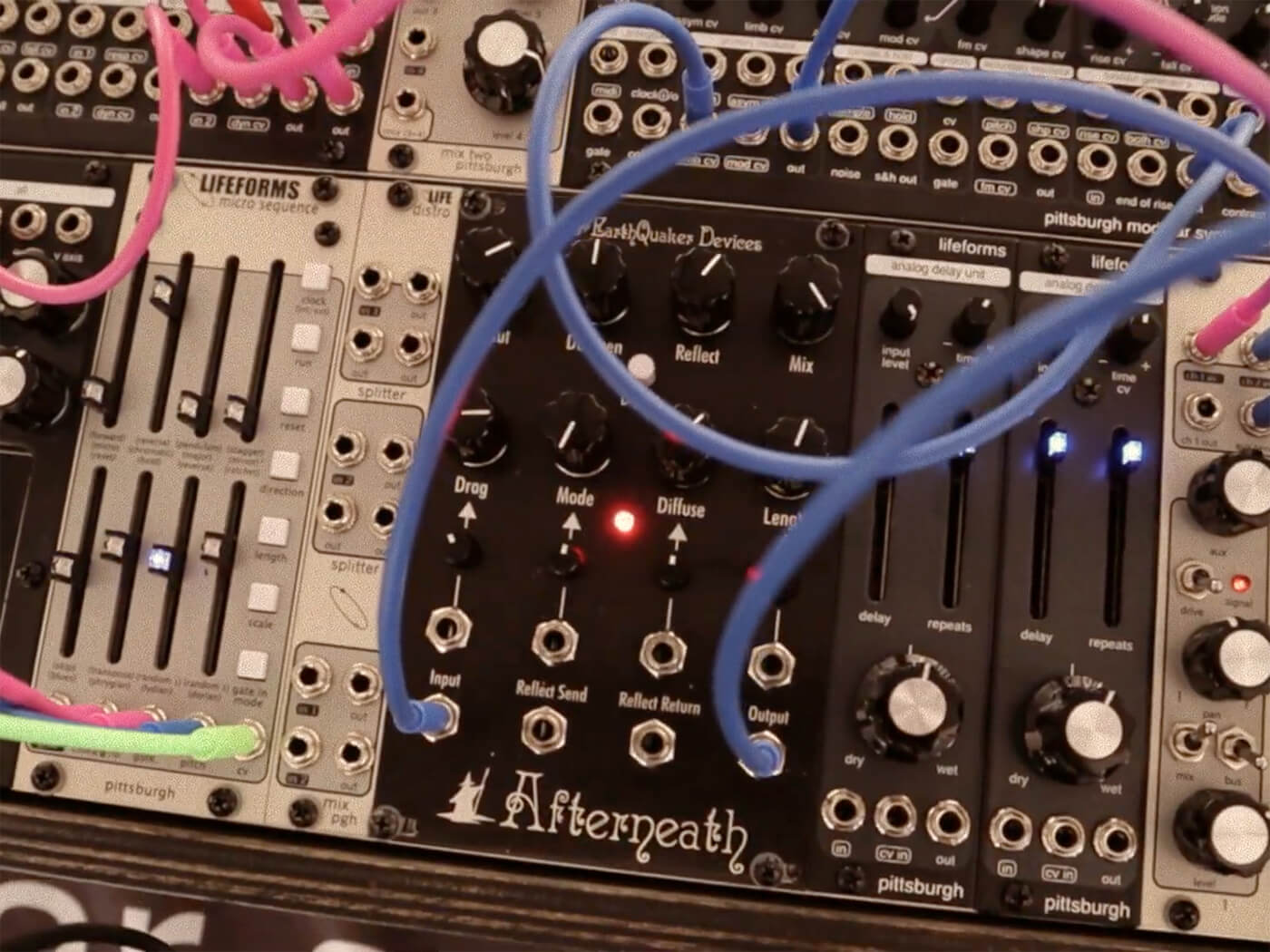 Boutique guitar pedal brand EarthQuaker Devices has made its first foray into Eurorack with a modular version of the Afterneath Reverb stompbox.

The device has appeared on Reddit and in a YouTube clip posted by Pittsburgh Modular Synthesizers. According to the video’s description, the module was recently revealed at EarthQuaker Day 2019, the Ohio company’s annual appreciation event for its customers.

At first glance, the Afterneath Reverb module shares similar controls to its stompbox sibling – length, diffuse, dampen, drag, reflect and mix knobs are all present. On closer inspection, however, it seems that the Eurorack version comes with CV control along with input and mode knobs. Another noteworthy feature is the device’s single set of input and outputs, which indicate that the device is probably only equipped for mono operation. The video above would seem to confirm that, too.

Although there are no official details right now, Synth Anatomy managed to get some soundbites from the module’s developer, who likens its sound to “a wizard in a cave in a box”. “You are the wizard – or sorceress if you prefer – and the cave is your instrument’s signal, vast, expansive, and magical”, continues the developer.

Check out footage of EQD’s first Eurorack devices above.