Dreadbox Typhon is a portable analogue synth with digital effects 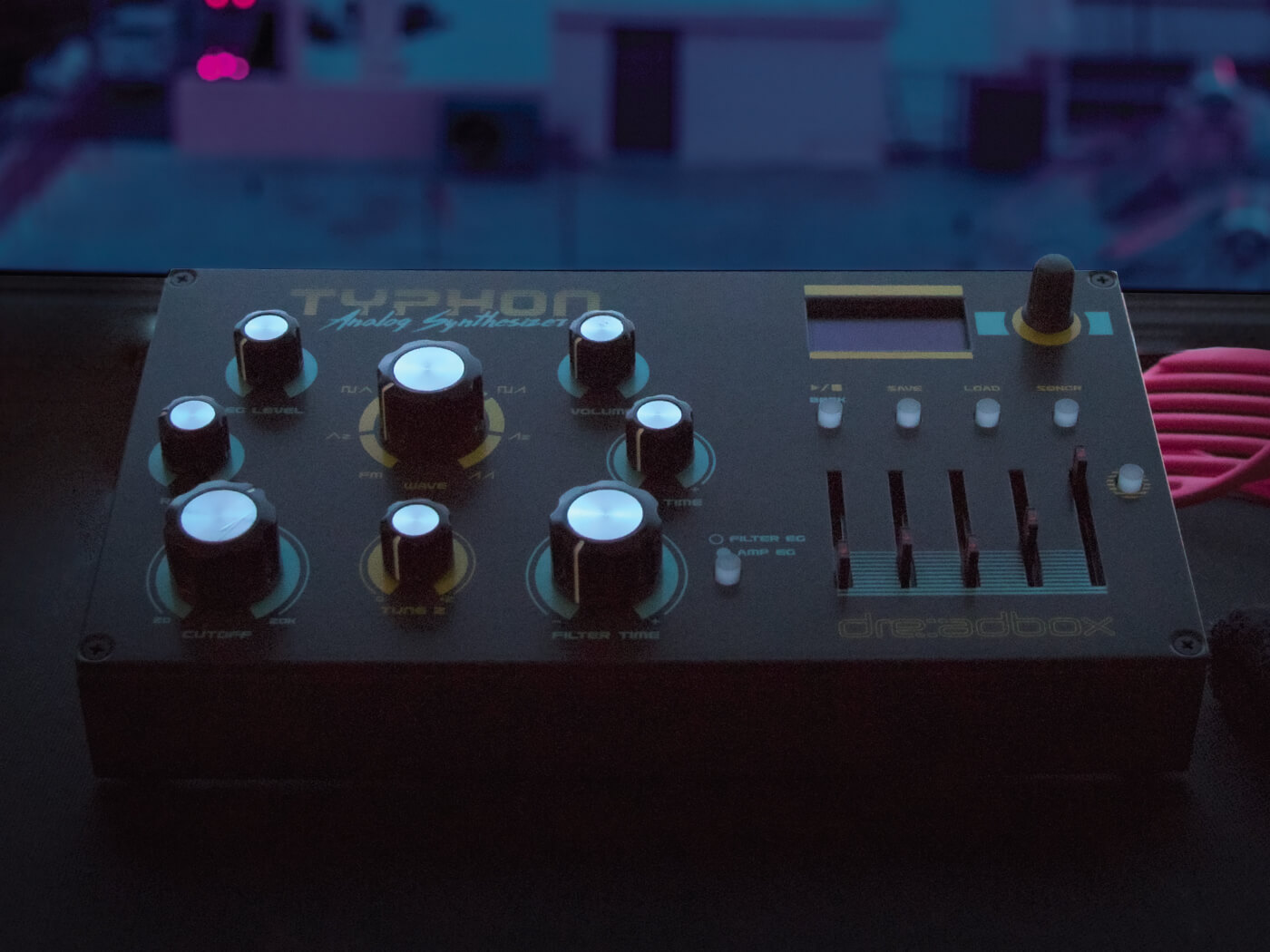 Device builders Dreadbox and plug-in designers Sinevibes have teamed up to produce a new compact analogue synth dubbed the Typhon. This portable music-making device combines analogue synth circuitry with a DSP-loaded digital section, promising up to 60 hours of playtime.

The analogue section of the Typhon features its own dedicated controls and occupies the left side of the device. This comprises two Dreadbox oscillators, a four-pole low-pass filter, and analogue VCAs. Along with that, the device also packs two envelope generators, one for the filter and another for the amp; and three modulators with four different modes.

The right side of the Typhon houses five sliders for controlling amp and filter envelopes, as well as buttons to operate the device’s digital section – with a screen functioning as its main interface. Also on the digital side is a built-in 32-note sequencer that can be used to sequence notes, or switched to be used as a modulation source.

The Typhon can also integrate with existing setups, thanks to MIDI compatibility through a USB input. This input can also be used to import and export presets, of which the device can store 254 at a time. Take a listen to what the device sounds like as Dreadbox dissects three of its presets below.

The Typhon is expected to be available in July, priced at €349.