A teaser on the Greek manufacturer’s website reveals some colourful new effects processors. 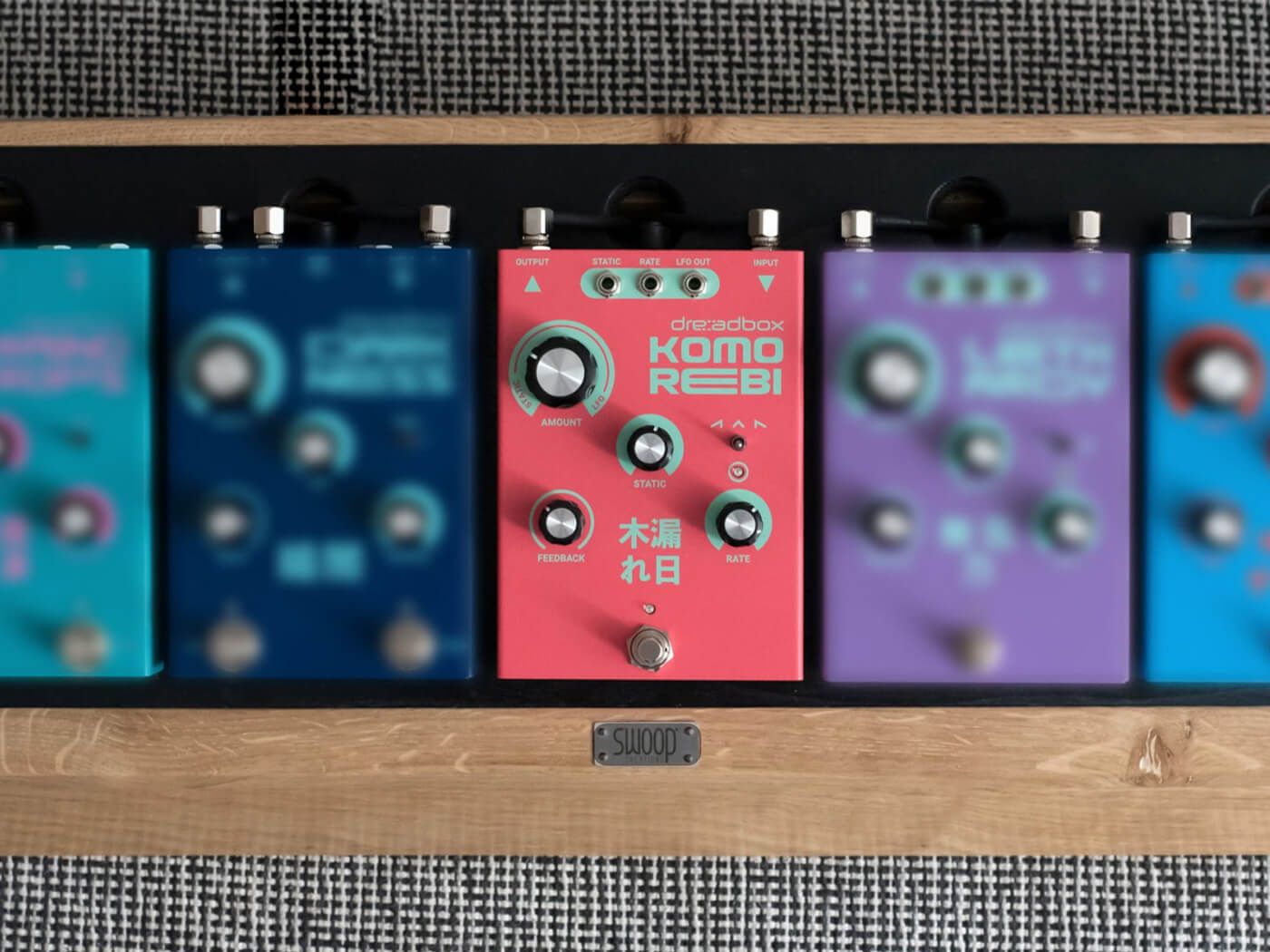 Dreadbox has dropped big hints of a new line of effects pedals that appear to be part of the Komorebi family.

A new image on the Greek music tech manufacturer’s website shows four new pedals sat beside the Komorebi, all sporting a similar design. No details are available on the names or features of the pedals, but hovering over each one with your mouse gives you some insight into their functions.

The Komorebi’s new siblings include a stereo delay/looper, a stereo reverb, an eight-stage phaser and a compressor/filter. As with the Komorebi, three patch points are located along the top for Eurorack integration, along with TRS jack inputs and outputs on the back.

Given the Eurorack connectivity and Dreadbox’s line of powerful and peculiar synthesizers, it’s likely that the four new pedals will be designed to be companions for synths and samplers. That said, Dreadbox has previously demonstrated Komorebi in a guitarist’s setup with pleasing results.

This isn’t the first time Dreadbox has tried injecting some colour into producer’s studios. The Chromatic range comprises eight Eurorack modules that are as affordable as they are bright. The Hysteria was crowned as the best modular device of 2020 by MusicTech readers in the Gear of the Year awards.

Check out the new pedals at dreadbox-fx.com.