This could be a game-changer for electronic production. 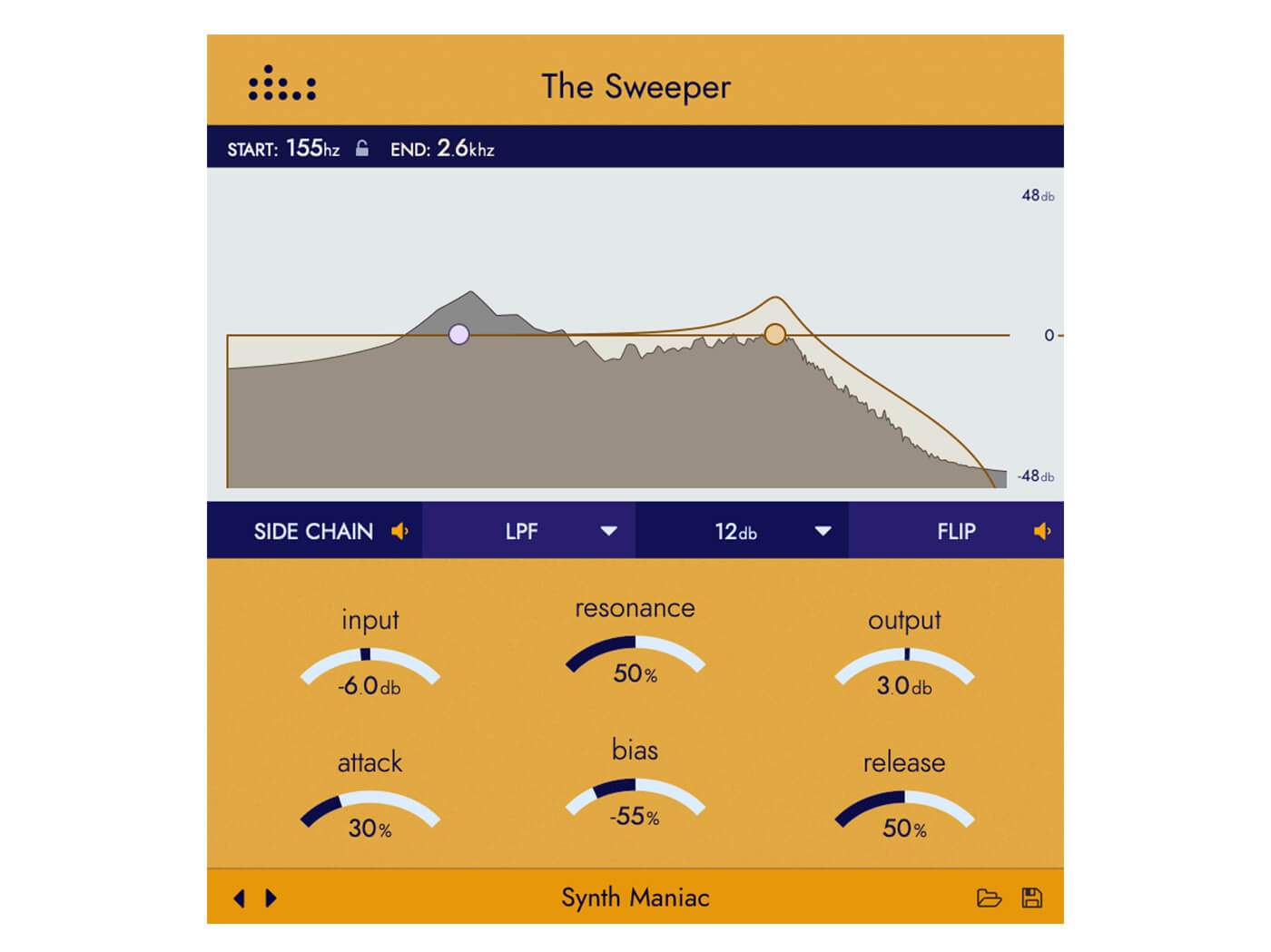 Denise Audio has debuted The Sweeper, an envelope filter plug-in designed for dynamic frequency sweeping. That might seem like a mouthful, but it makes for a natural-sounding alternative to conventional gating and sidechain compression.

Where a regular sidechained compressor might duck the level of a bass synth across all frequencies, The Sweeper does not. For instance, you can trigger the plug-in to momentarily remove only the bass frequencies. A similar effect can be achieved with a sidechained dynamic EQ, but The Sweeper differentiates itself by offering frequency sweeping.

The plug-in can also be used to shape synths, drums and vocals. These creative options come from the sidechain input, which lets you use a signal from another track to control the filter. Examples include having the bass drum control a synth pad’s filter cutoff, or even using a snare drum to filter a guitar for dramatic arrangement and sound-shaping

Controls on the plug-in are fairly straightforward. The Sweeper lets you select between two filter types – low- and high-pass – and tweak slope values from 12 to 48 dB/Oct. The plug-in also boasts adjustable start- and end-frequencies – rather than a cutoff control – a resonance control, as well as controls for the envelope’s attack and release times.

That might all seem a lot to take in, so watch it in action below.