Daedelus and Bleep Labs team up on Delaydelus 2

Patchable sampler and delay unit is a follow-up to 2015’s Delaydelus. 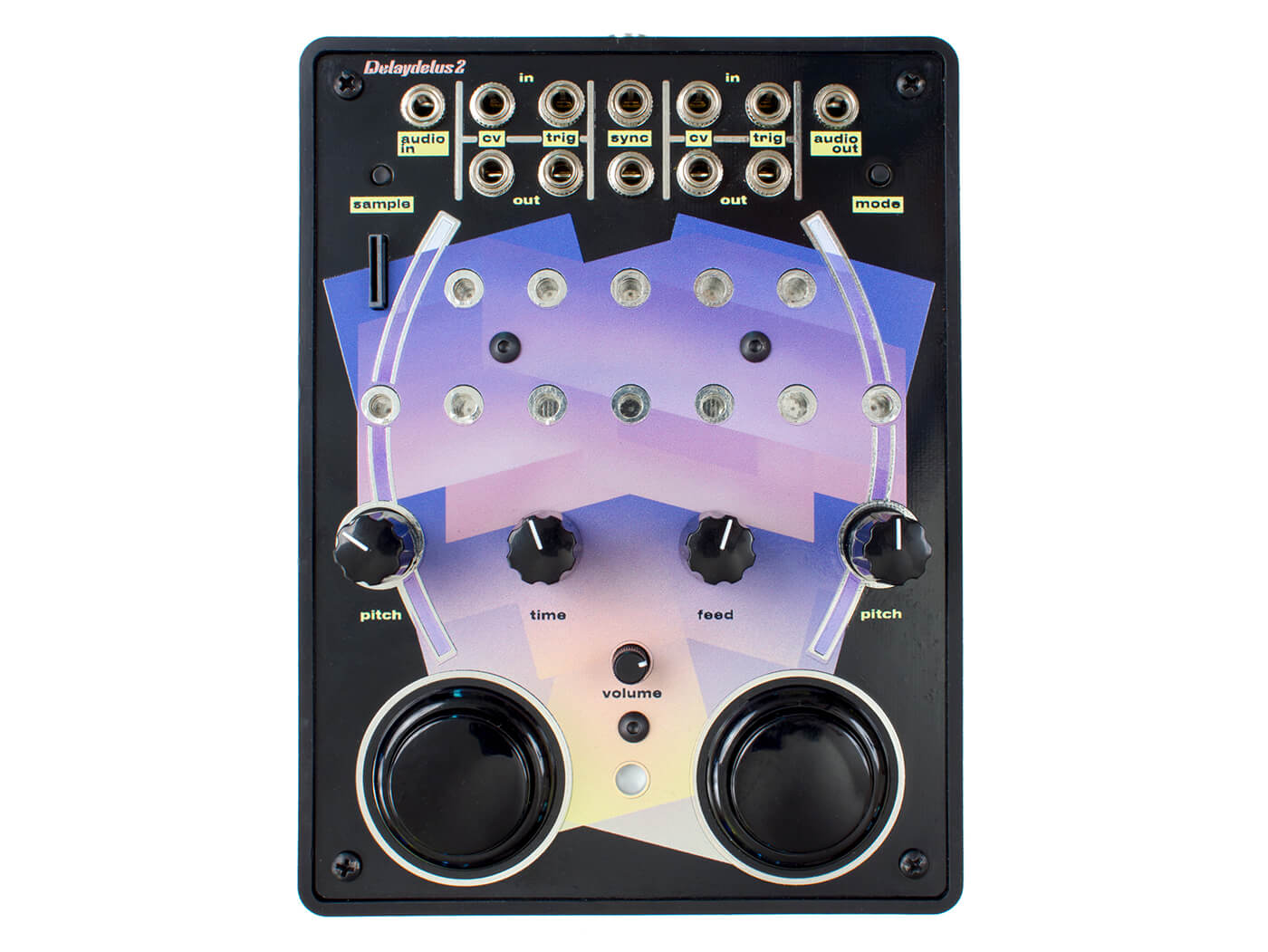 LA Beat-scene artist Daedelus and Bleep Labs have once again joined forces on Delaydelus 2, a patchable sampler and delay module with a host of features. This colourful box is the follow-up to 2015’s Delaydelus, the pair’s first collaborative effort.

Branded as a ‘performative sampler’, Delaydelus 2 is designed to manipulate the pitch of four stereo samples simultaneously. This sonic feature, along with CV triggers, sync-able delay and audio input makes for a device that is capable of “anything from boom bap beats to outer dimensional noise loops”, according to Bleep Labs.

Aesthetically, you’ll notice that Delaydelus 2 features the same two arcade-style buttons as its predecessor. However, the new device strikes out on its own with a different patching format and control system. Delaydelus 2 adopts a banana patch bay in place of the original’s alligator-clip patching style. It also sports four main controls – glitch, time, feed and pitch – as compared to its predecessor’s three.

Hear this sampler/delay unit in action below:

Pre-orders are open now for Delaydelus 2, at a price of $295. Only 100 units are available, and pre-orders will close when that quantity is reached.