Two iconic synths in one – all inside your DAW. 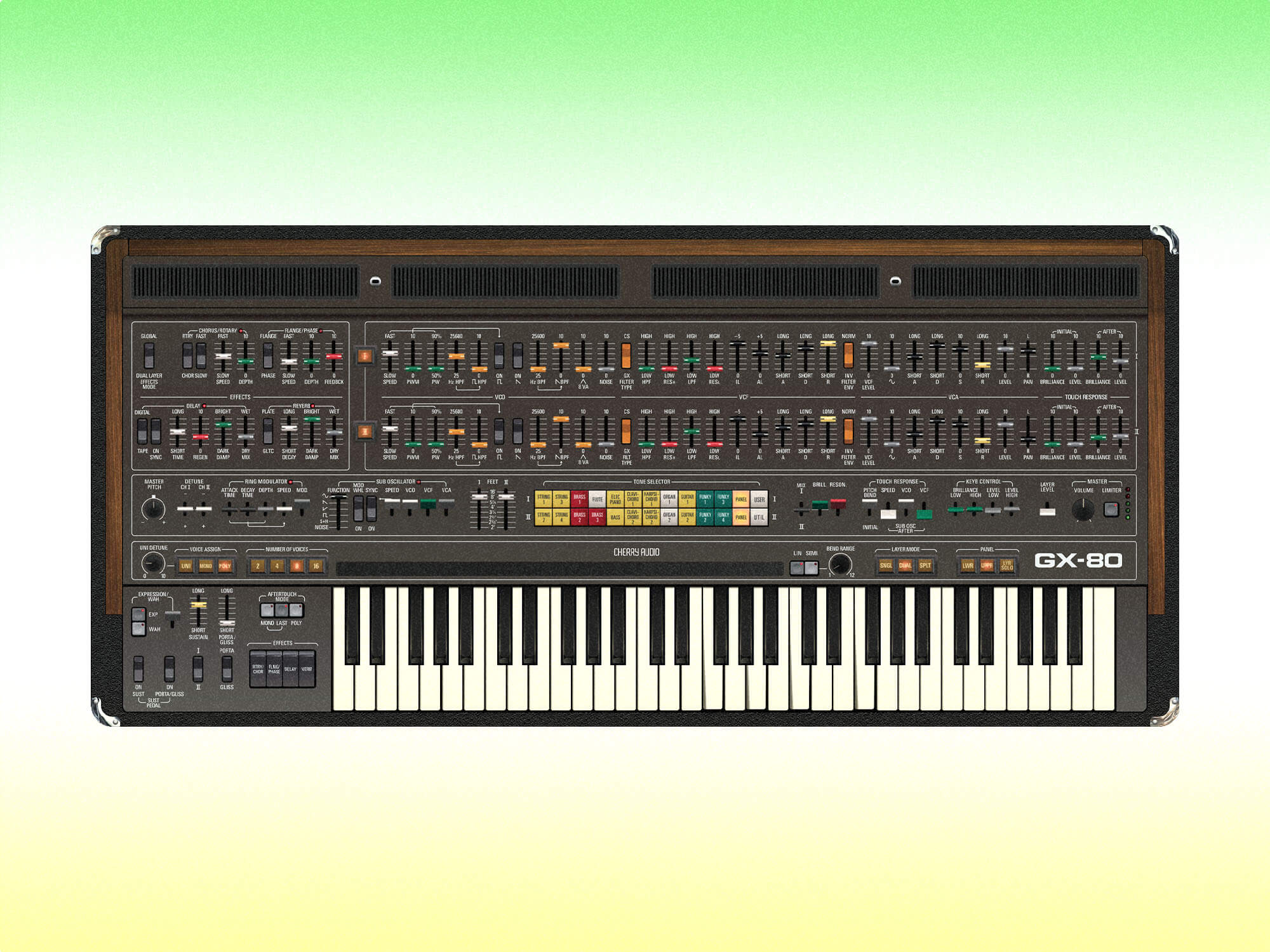 GX-80 is a software emulation of the GX-1 Dream Machine analogue synthesizer which was released by Yamaha in 1973. It was a limited product costing $50,000 and had power users such as ABBA, Led Zeppelin and Stevie Wonder.

In the GX-80 soft synth, its features are combined with those of the revered and expressive CS-80, released in 1977. CS-80, which also cost around $50,000, was most notably used by the late Vangelis for his scores of the sci-fi film Blade Runner and for the Oscar-winning score of Chariots of Fire.

Cherry Audio promises GX-80 not to be “just another CS-80 emulation,” thanks to its unique amalgamation of features and design. It puts GX-1 features such as dual synth layers (16 polyphonic voices per layer), octave-up triangle wave and invert filter envelope control and additional waveforms with variable resonators into the architecture of the classic CS-80, incorporating elements from both synths.

An “expert reproduction”, Cherry Audio says, of both the GX-1 and CS-80’s filters have also been included in the plugin, and you’ll also find a split keyboard mode and the option to simulate polyphonic aftertouch when using the GX-80 with monophonic aftertouch controllers. Alongside this, there’s a sub-oscillator LFO for each layer with sine, sawtooth, ramp, and square modulation options.

There are also 1,000 presets to choose from that, according to Cherry Audio, will allow you to make the most of each “unique aspect” of the plugin. Studio-quality integrated effects are also included, such as chorus/rotary, flange/phaser and digital/tape delay.

Sadly, in May, Vangelis, champion of the Yamaha CS-80, died aged 79. In an interview with a magazine in 1977, he referred to the CS-80 as “the most important synthesizer” in his career.

On MusicTech’s My Forever Studio podcast, Shadow Child recently mentioned the CS-80, refusing to be upsold on the synth as one of his six essential studio items.