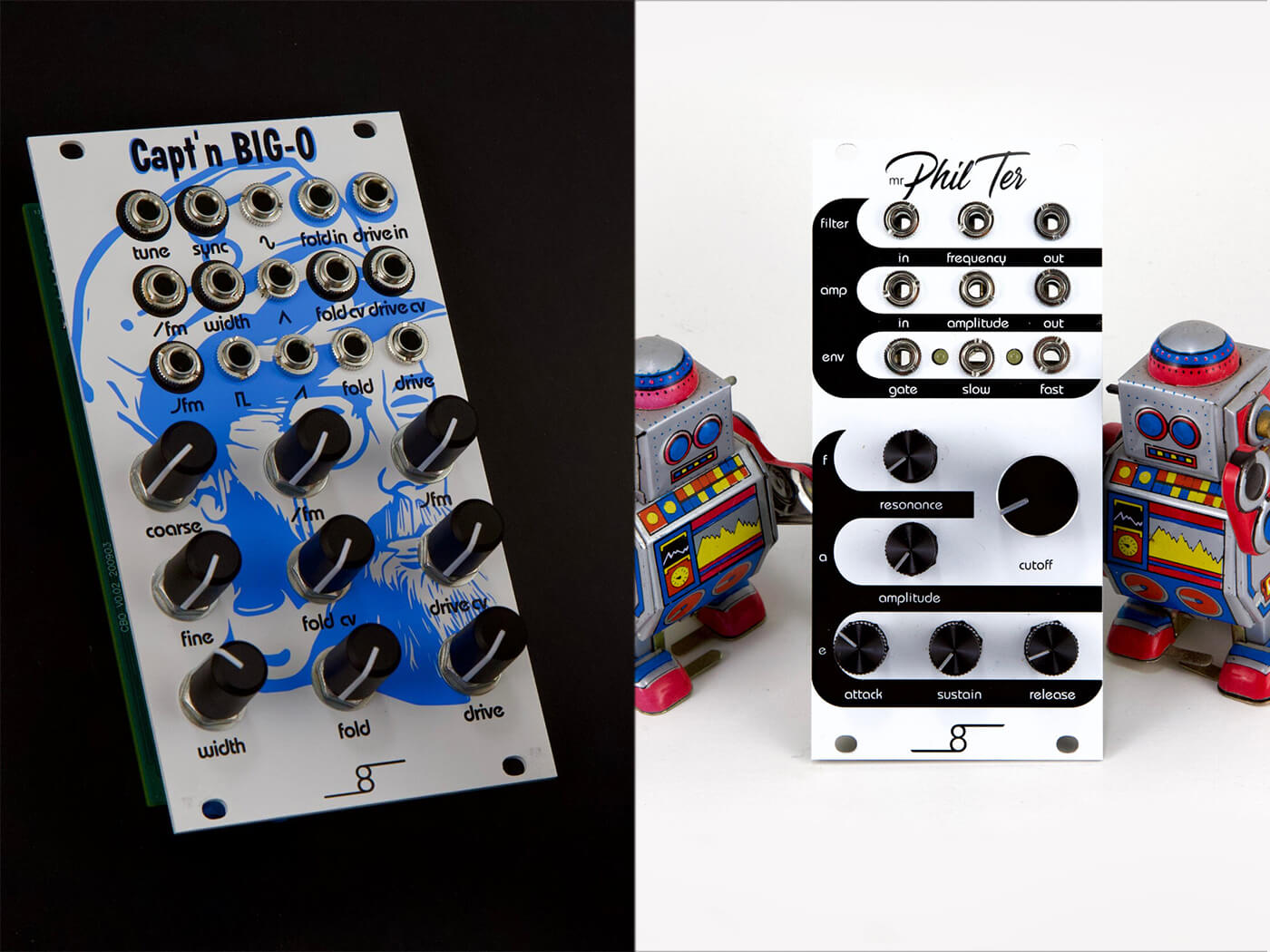 The modules mark the beginning of a partnership between the two modular manufacturers – which will result in the release of “a mega-pile of non-junk together,” according to Cre8audio in a statement.

Developed by Pittsburgh Modular, this is an analogue VCO loaded with wave shaping abilities that’s said to deliver massive sounds both classic and straightforward as well as complex and modern. It packs sine, square, saw and triangle waveforms and a wavefolder you can pass any input signal through.

It also has both linear and exponential FM capabilities, pulse width modulation and a drive circuit described as “essentially a 75x overdriven VCA that can also function as a VCA.” Size-wise it takes up 14HP.

This VCA and envelope generator is also said to work as a “super-rich and creamy sounding” ladder filter with self-oscillation talents. Co-developed between the two companies, this classically-voiced filter features a dual envelope engine with fast and slow options as well as a “hidden 7-bit” sample and hold effect for “steppy” output as a bonus feature. It takes up 12hp of space in a Eurorack case.

Cre8 also announced these birch wood ends for its NiftyCASE powered 84hp case, which will let you stack two of them vertically. It includes all the mounting hardware you need to put them together.