All the features of the Moog Concertmate MG-1 wrapped up in an attractive interface. 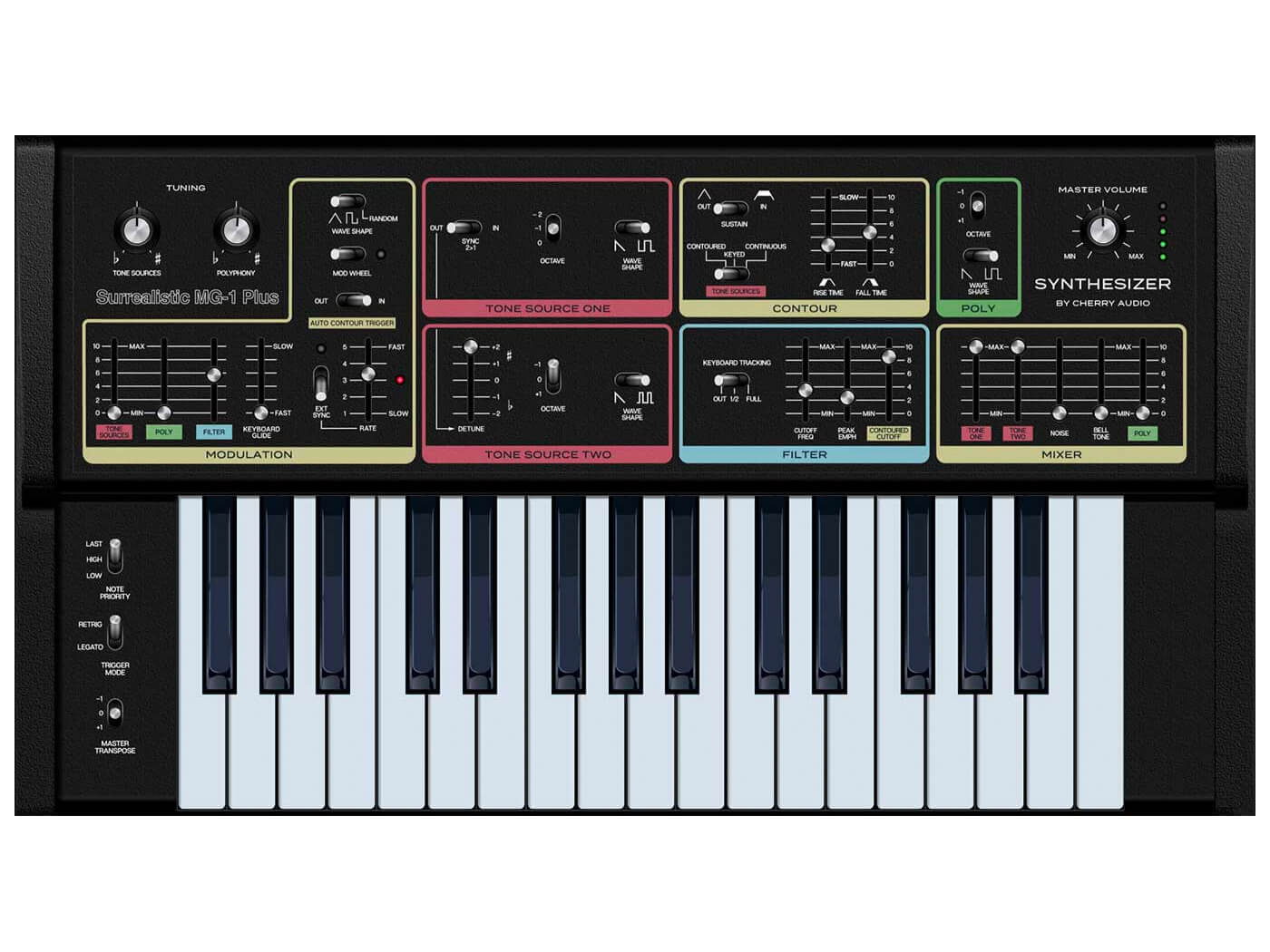 Cherry Audio’s latest Surrealistic MG-1 Plus is a software rendition of a classic 80s Moog synth. The plug-in launched yesterday (25 November) and, for the time-being, is available to download for free.

The software instrument is based on the Moog Concertmate MG-1, an entry-level synth originally developed for Radio Shack (then known as Realistic). Because it was aimed at consumers who were probably buying their first synth, the MG-1 had some pretty interesting naming conventions, such as oscillators being referred to as tone sources.

Surrealistic MG-1 Plus wraps the features of the original into an eye-catching graphic interface. Onboard are two oscillators with saw and square waveshapes, a mixer, an ADSR section and of course, a classic 24dB Ladder filter. There’s also a rudimentary poly section, which operates independently from the two oscillators.

There’s also a modulation section, assignable to the oscillator, poly or filters sections. It’s also possible to sync the LFO to your DAW’s project tempo.

Listen to the plug-in in action below:

Surrealistic MG-1 Plus is available in AU, VST, VST3, AAX, and standalone formats.