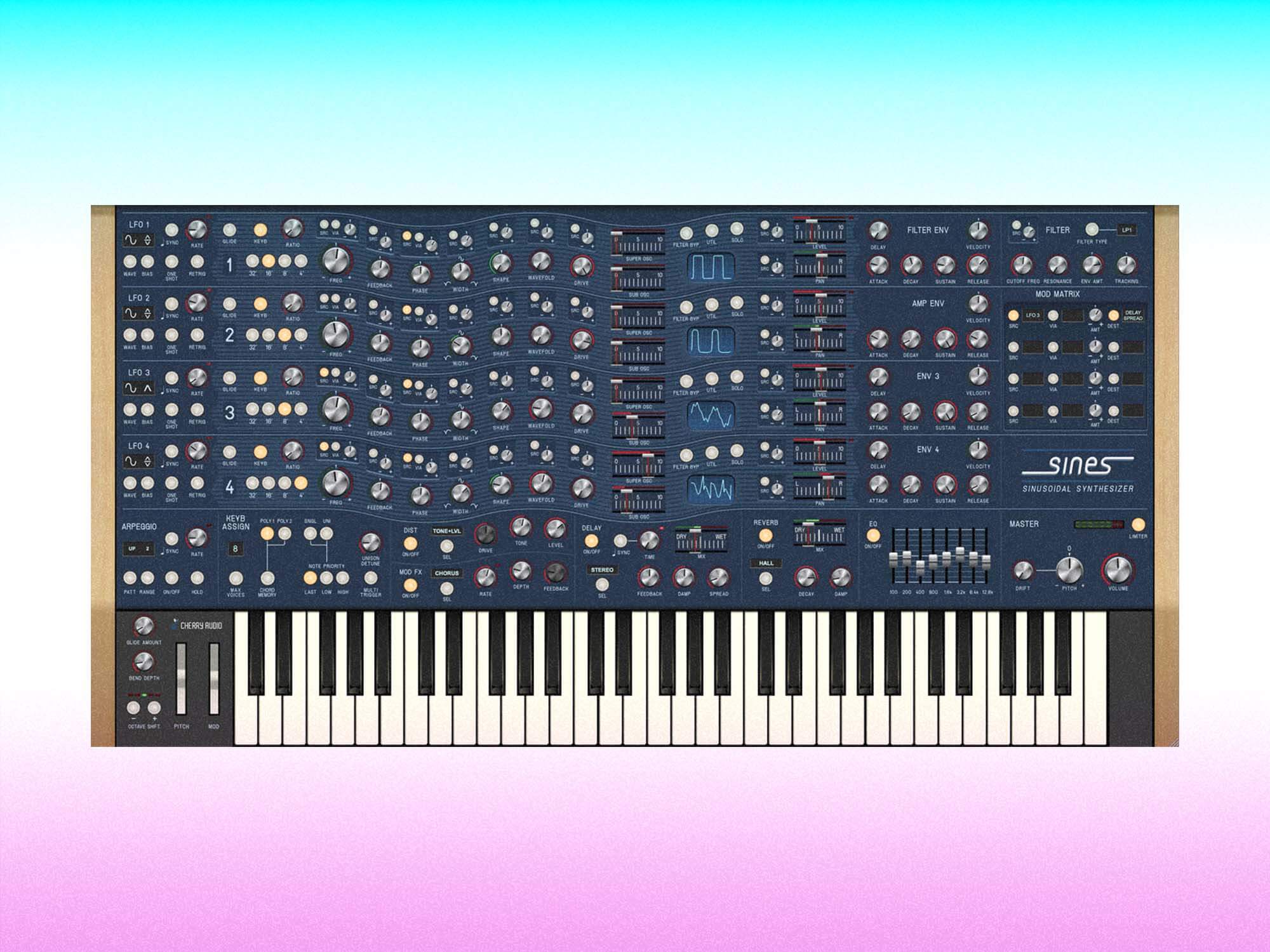 Soft synth developer Cherry Audio has launched Sines, a new original polyphonic synthesizer plugin that, true to the rest of the brand’s catalogue, is immensely affordable.

There are four sine-wave-only oscillators – hence the name–, a range of modulation options, and an integrated effects engine. According to the developer, Sines has a vast palette of timbres, from “sublime to sizzling”.

Sines has a multimode ladder filter, which is apparently Cherry Audio’s “most extensive to date”. There are also four flexible, syncable LFOs with 14 wave shapes, oscillators and envelope generators and one-shot and retrigger features. To play the synth in a modulator/carrier arrangement for four-op DX/FM-style synthesis, you can use phase modulation and ratio controls.

The effects on offer are a “best of” selection, according to Cherry Audio. There’s also an eight-band EQ and a drift function, while its “outrageously comprehensive four-slot mod matrix” means that each Sines parameter can be heavily modulated.

You can get a visual representation of how the waveform is being affected in real-time on Sines courtesy of the mini oscilloscopes. Illuminated indicators also provide further visual feedback.

Cherry Audio’s lead designer Mitchell Sigman says of Sines, “The exciting aspect of Sines is that it’s like having three synthesizers in one. The subtractive aspect processes waveshaped sine waves through an analogue-style filter. The additive approach allows stacking of sine waves like a super-powered tonewheel organ. And the oscillators can be configured to modulate each other for classic DX-style FM results. We can’t wait to hear what users do with Sines!”

Sines is available to buy now for an intro price of $39 at store.cherryaudio.com.