Stevie Wonder, Jean Michel-Jarre and Keith Emerson are among the synth-playing royalty that used the original hardware. 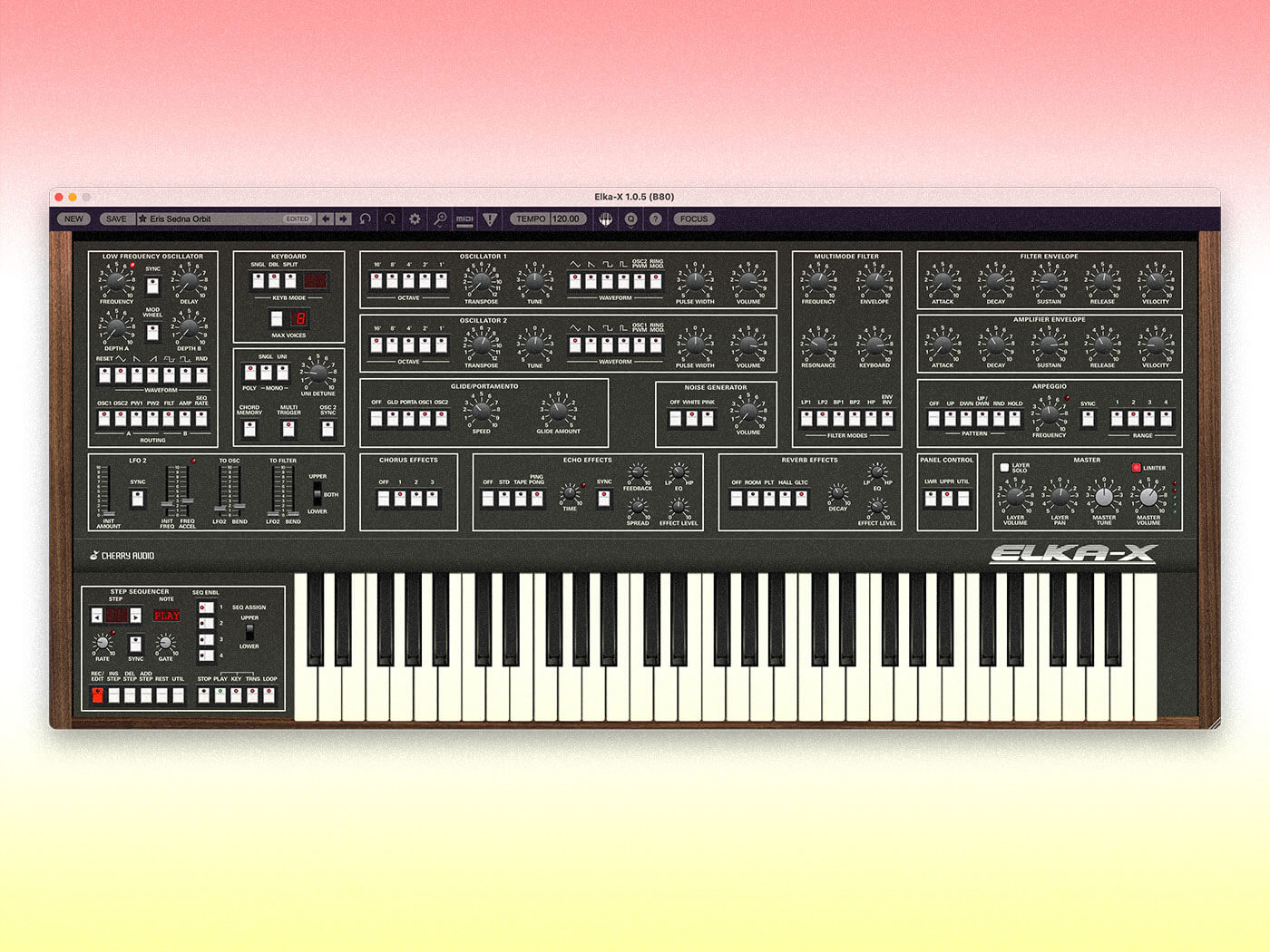 Cherry Audio has announced the Elka-X software synthesizer, an emulation of the rare 1980s Italian analogue poly-synth, the ELKA Synthex.

Used by a range of artists, from Stevie Wonder to Keith Emerson and Jean-Michel Jarre (who used it to achieve his Laser Harp sound), the Synthex was designed by Mario Maggi and released by ELKA in the summer of 1982.

The distinct ELKA Synthex boasts highly stable digitally-controlled analogue oscillators, a four-pole multimode filter, four-track sequencer, onboard chorus and multitimbral capacity to simultaneously play two separate patches. But, according to Cherry Audio, is said to have been sidelined by the hype around Yamaha’s release of the DX series in 1983.

The synth was discontinued by the middle of the decade, with the last unit purportedly made for Stevie Wonder, who enlisted it for bass duties on the single Skeletons, from 1987’s album Characters.

“Every effort was taken to emulate the prized tone of the original’s DCOs, dynamic filter, and stunning chorus,” says Cherry Audio. “Elka-X brings the authentic and expanded Synthex experience roaring into the 21st century.”

The Elka-X increases the polyphony of the original, including mono and unison modes and velocity response— a feature not found on the original Synthex. It also features expanded filter and LFOs for more modulation options, a simplified four-track sequencer and an arpeggiator with independent assignments for different layers. Stereo echo and reverb effects join the original’s onboard chorus.

In our review, in which the synth was given an Editor’s Choice award, we said: “The Elka-X’s sonic capabilities are a bag of surprises. While it clearly has an 80s feel, it’s definitely different from the sound of Oberheim synths and Sequential’s Prophet series from the same era.

Venture into the chorded presets, or create one of your own, and you’ll find perfect patches for 90s-style electronica. The pads are beautiful for sound design and the sound effects and keys eminently usable across a range of genres from ambient and pop to sound design. You get a distinct Stranger Things vibe from this synth and even if that is a slightly obvious touchpoint it’s a popular one.”

Watch the introduction video to the Elka-X below.

The Cherry Audio Elka-X is available now for $39, with the option for a free 30-day demo. It’s available as both a standalone application and in AU, VST, VST3, and AAX plugin formats for Windows and macOS, with native Apple silicon support.