It brings features that streamline the vintage original’s operation. 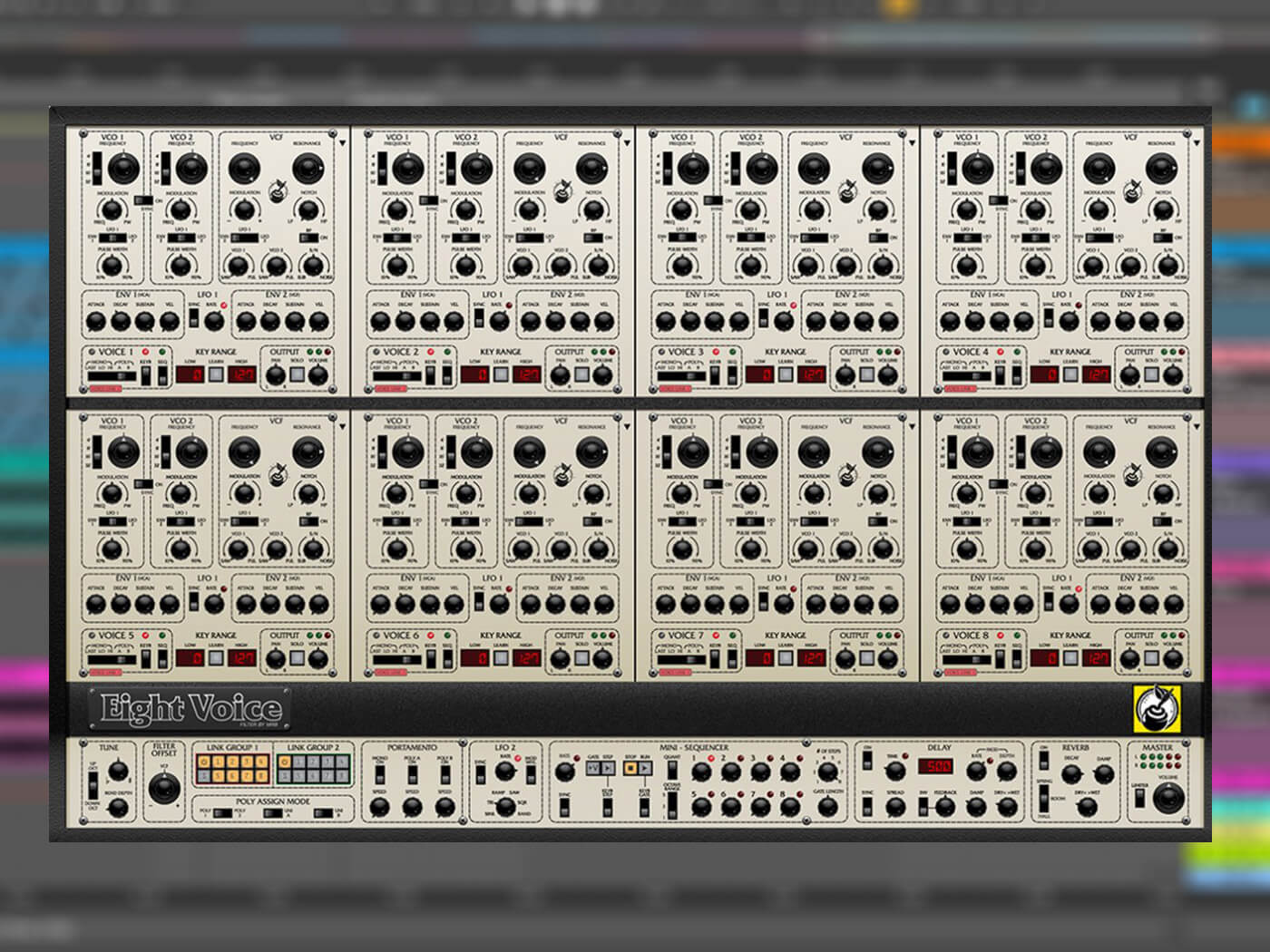 Cherry Audio has announced Eight-Voice, its software take on the classic Oberheim 8-Voice, priced at just $29.

The soft synth plug-in is equipped with eight dual-oscillator voice modules – which take after the original’s Synthesizer Expander Modules (SEM) – for sound generation. The brand also tapped synth-making veteran Mark Barton for a detailed emulation of the Oberheim’s state-variable filter.

While the Eight-Voice shoots for sonic authenticity, it also strives to streamline the experience of the vintage original’s design. This happens through features such as Voice Link, which lets you quickly group and mirror controls between voice modules.

It’s also possible to copy settings across modules, layer voices atop one another, set custom keyboard zones and flit between monophonic and polyphonic operations.

The Eight-Voice also packs an eight-step sequencer, modulation, delay and reverb effects and a Focus mode that lets you hone in on individual modules for detailed control.

Check out the trailer for the Eight-Voice below:

The Cherry Audio Eight-Voice is available now at $29.

Coincidentally, the Eight-Voice isn’t the only emulation of the classic Oberheim synth that was announced in the first quarter of 2021. Last month, GForce unveiled the OB-E plug-in, which was meticulously designed in a two year development cycle. This emulation will set you back a further $100, but whether it’s worth the deeper dig into your wallet is yet to be seen. We look forward to seeing how they perform side-by-side.